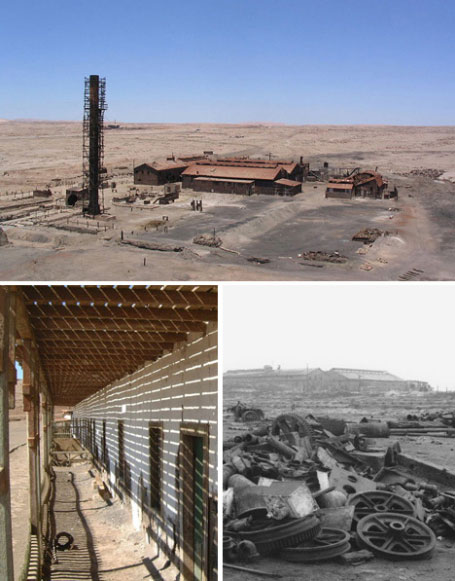 Humberstone Chile was built around the rush to produce sodium nitrate as fertilizer. However, when the American economy went bust during the Great Depression demand dropped and by the time the world economy had recovered sufficiently most interested had shifted to other fertilizers leaving this town quite literally in the dust. Structures left behind include an abandoned swimming pool, schools, grocers a market place and a theater.