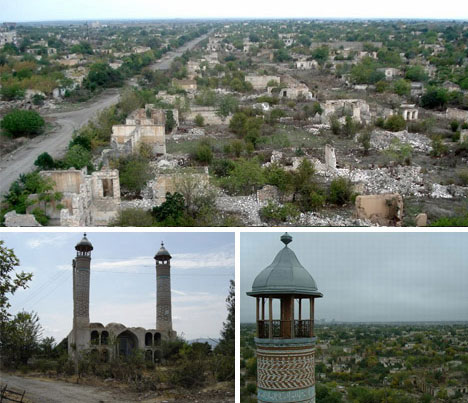 Once the proud 150,000+ capital city of Azerbaijan this dense and thriving city was taken by the Armenians and utterly trashed, vandalized and then abandoned. However, the Armenians still claim the territory as their own so no one has returned to reclaim the wrecked and ravished ruins of the city. However, some explorers still make their way to photograph what is left of this city whose residents may never see it again.