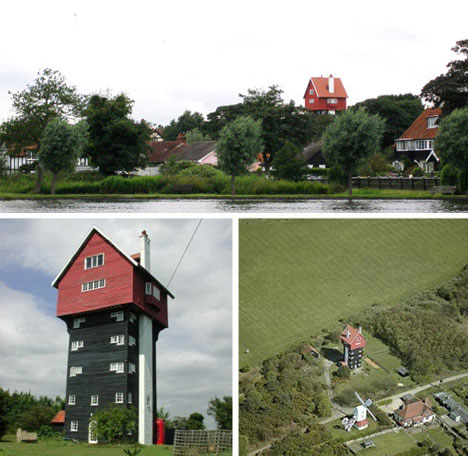 This one has a very very history so follow closely: this actually was a water tower that was originally designed to look like a house on top. After the water tower was decommissioned as such nearly a century later the top part was converted into an actual house – though it always looked like one. An exhilarating (or exhausting) walk takes its proud new owners to the absolute best view in the neighborhood – from the inside of what was once a thirty thousand gallon water tank!