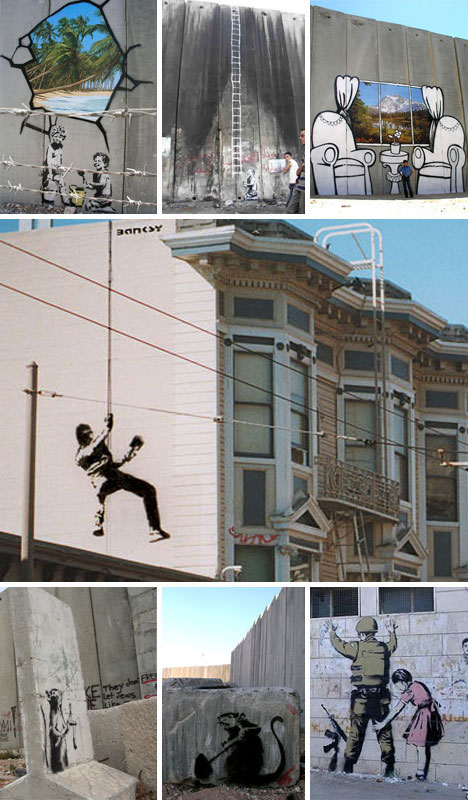 One of the rare supposed photo-sightings of Banksy that has circulated the internet involves his time in Palestine. While he claims it is not him – perhaps an assistant or friend – others claim it is finally a photograph of the real Banksy. It is rather amazing that he was able to do so much work while there without being spotted by dozens or more citizens and captured on film multiple times. Even amidst his fame Banksy truly is a master of stealth.