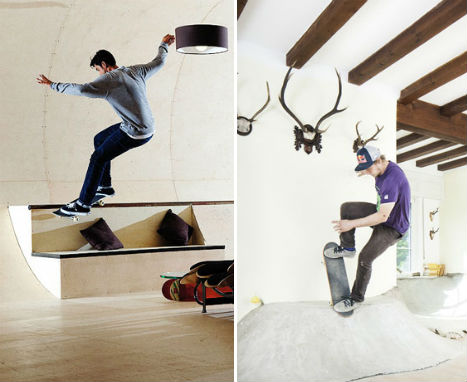 Skateboarders often have a tendency to eye virtually every surface as they go about their day, sizing it up for its curves and rails, imagining what it would be like to skate it. What if more structures were skateable, or even designed with skateboarders in mind? These two houses, Skate Villa by Philipp Schuster and PAS House by Francois Perrin and Gil Lebon Delapointe, are ultimate fantasy homes with curved walls, seats and even fireplaces. 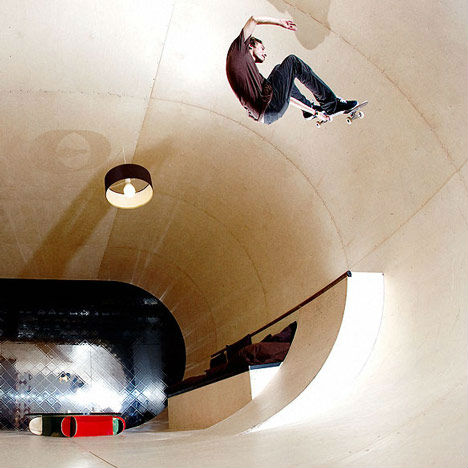 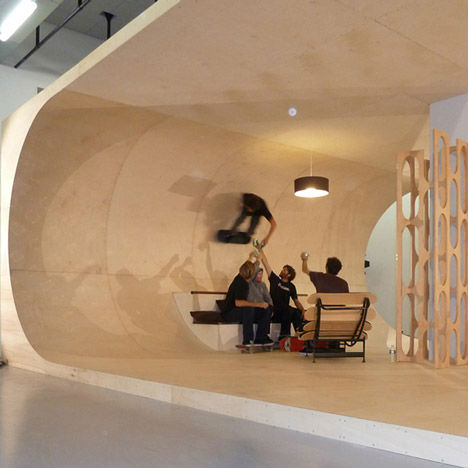 Designed as a ribbon providing a continuous surface to skate on from one end of the home to the other, PAS House was a collaboration between skateboarder and designer Gil Lebon Delapointe and architect Francois Perrin. The house is planned for a cliffside site in Malibu overlooking the Pacific Ocean, and a full-scale prototype was shown at Project Darwin in Bordeaux, France. 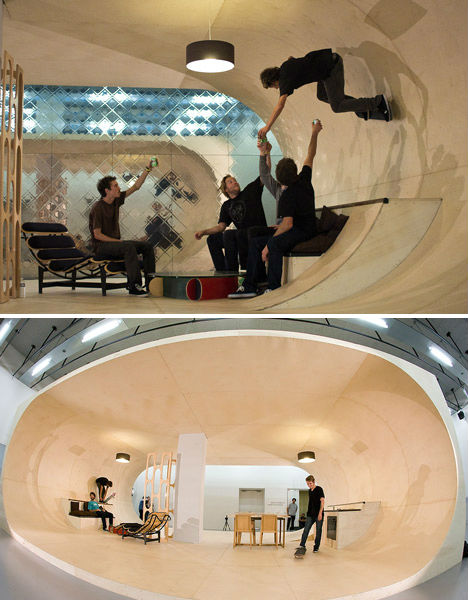 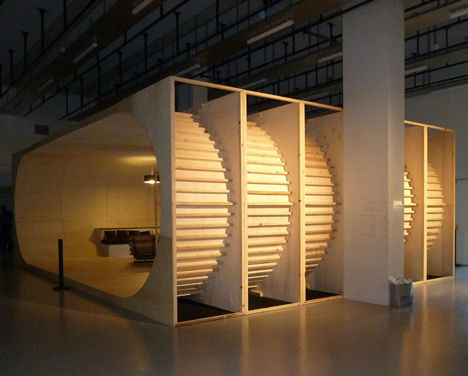 Created for Pierre Andre Senizergues, a former world champion and pro skater, PAS House includes a living room, dining area and kitchen as well as a bedroom, bathroom and skateboard practice area. The central part of the house forms a loop, with an interior measuring 10 feet in diameter. 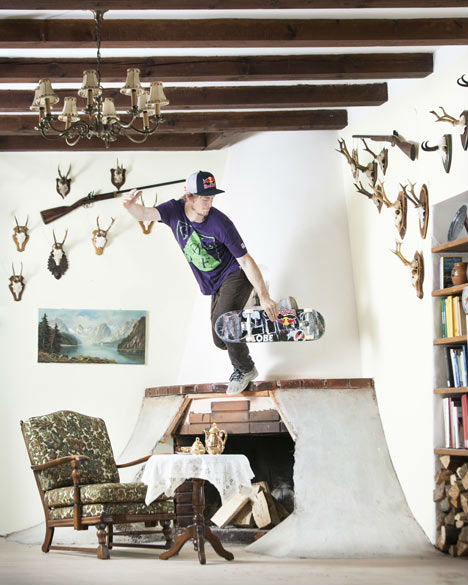 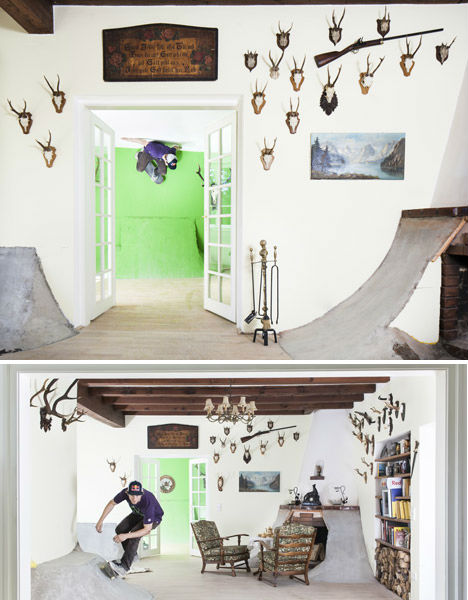 A derelict hunting cabin in Salzburg, Austria is now a bright, beautiful and almost totally skateable house with all the comforts and eccentricities of the original structure. At Skate Villa, concrete mounds added to the base of the walls add curves where there were none, and ramps were even created on interior structures like the fireplace. 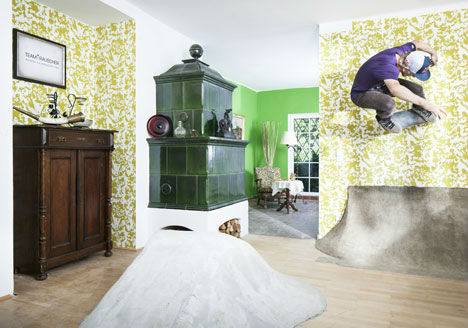 Pro skater Philipp Schuster designed, gutted and renovated the house as his own personal indoor skate park after purchasing it from an elderly couple. The original character of the cabin was maintained with dark wood elements, hunting trophies and traditional lodge-style furniture.