Even without the threat of rising sea levels, we’ve got land scarcity issues in nearly every major city, prompting engineers and architects to look towards the rivers and seas as settings for floating structures that could support not just housing and restaurants but also farms, movie theaters, schools and even cemeteries. 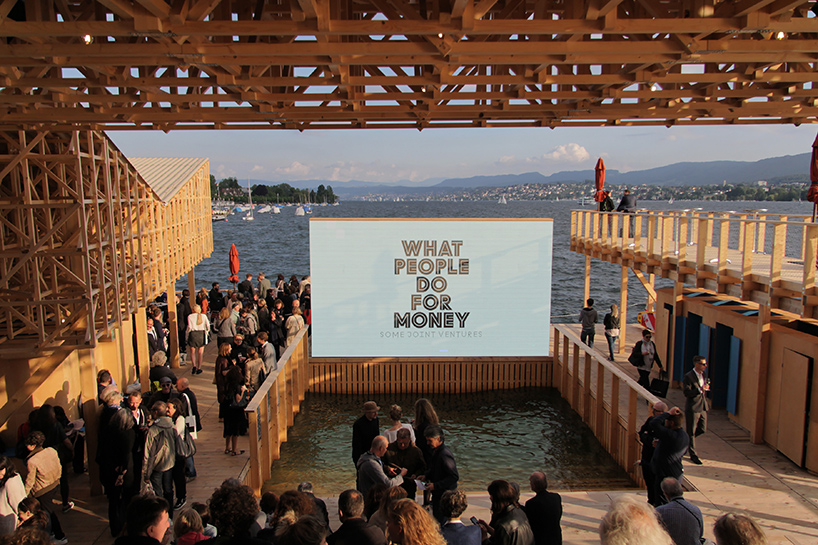 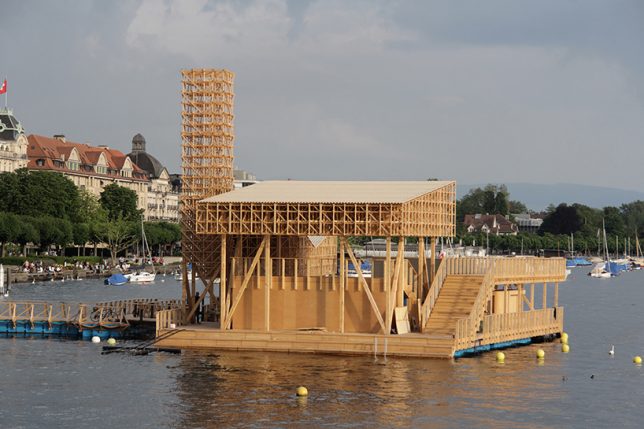 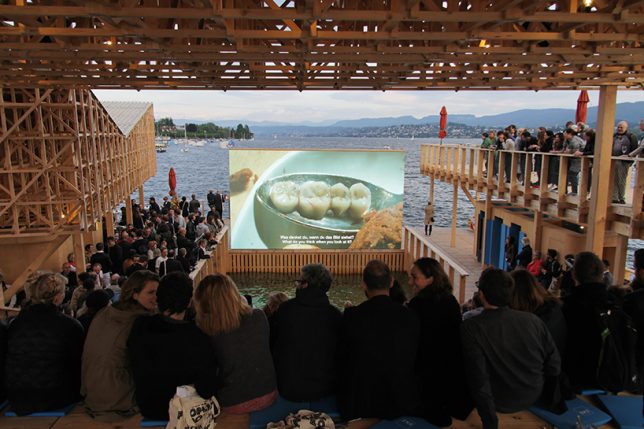 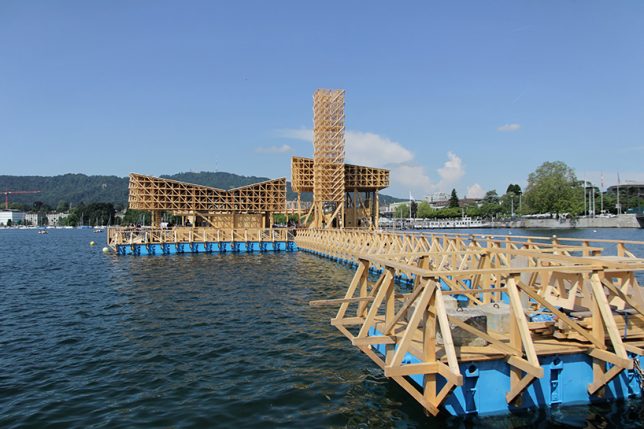 Assembled on Lake Zurich for the contemporary art biennial Manifesta 11, ‘Pavilion of Reflections’ is an open-air floating cinema with an integrated swimming pool that dips right into the lake. In the daytime, it functions as an urban island, while at night , the LED screen lights up and spectators take their seats to watch a series of documentaries. 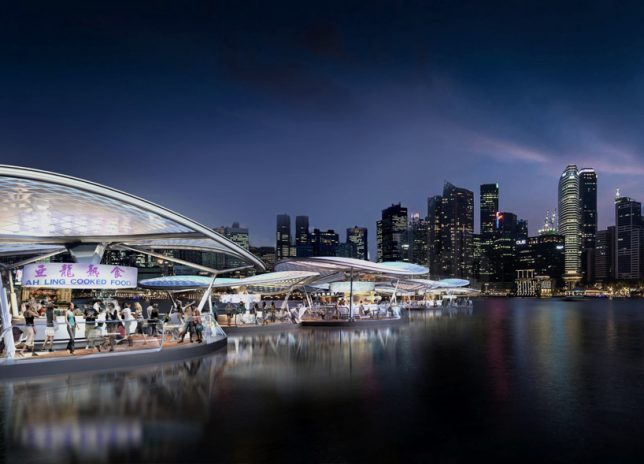 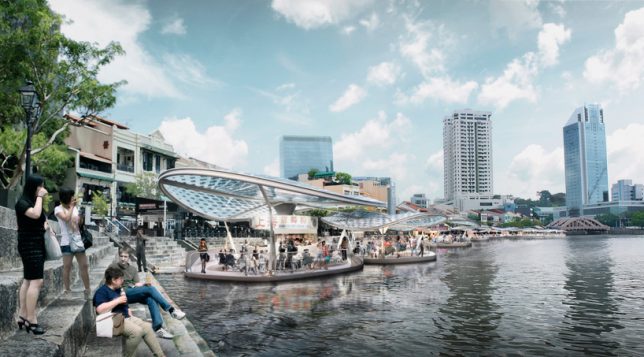 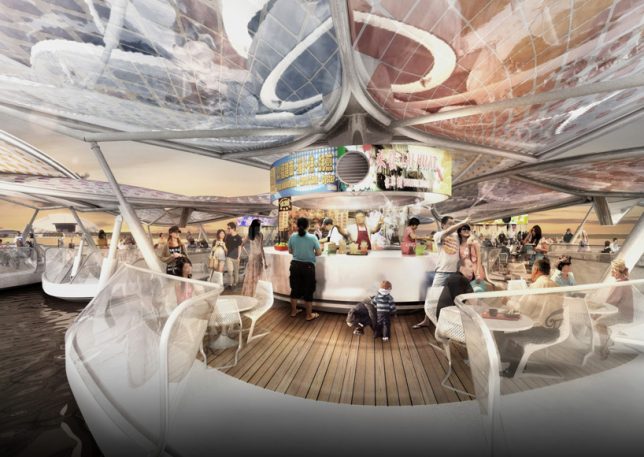 Singapore’s traditional hawker culture of food and retail street carts extends out onto the water with the Solar Orchid by SPARK Architects. The self-contained, solar-powered pods encourage interaction with the harbor while reinterpreting the nation’s traditional pastime. Each individual pod accommodates cooking stalls with built-in exhaust, water, electrical, gas, waste collection and water recycling services as well as places for diners to sit. 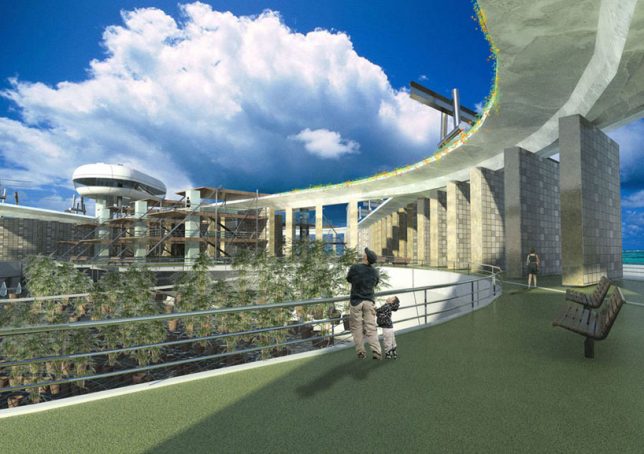 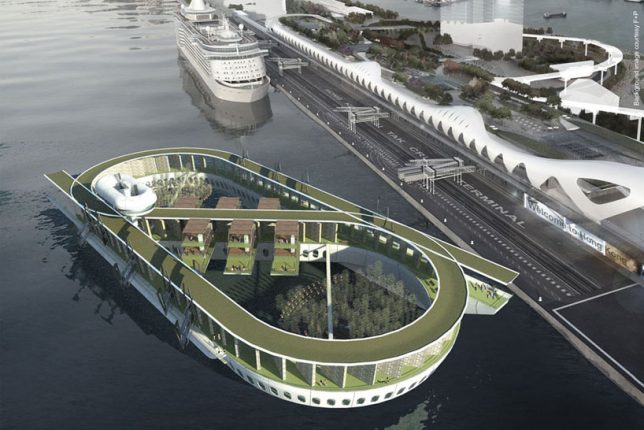 Hong Kong has a bit of a corpse burial problem, as they run out of land space even for their efficient hillside cemeteries and skyscraper vaults. Could a floating cemetery island that’s able to move from one port to the next throughout the region offer a solution? It’s certainly a novel idea. The Floating Eternity Cemetery by BREAD Studio leaves the land for the living with an exterior looping wall housing urns and central space for ceremonies. Families can come aboard at certain times of year to honor their dead, making it a special, shared experience, before the offshore cemetery moves along again. 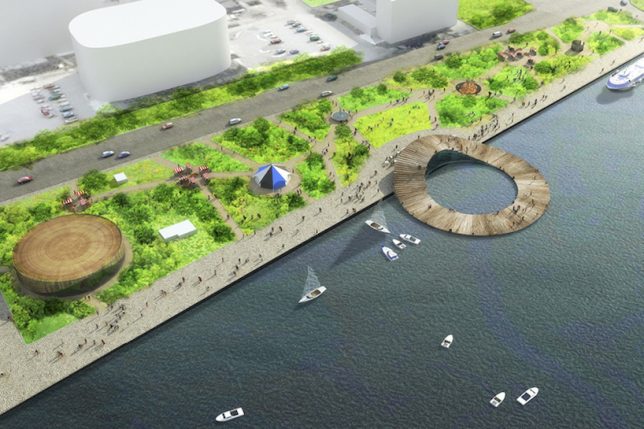 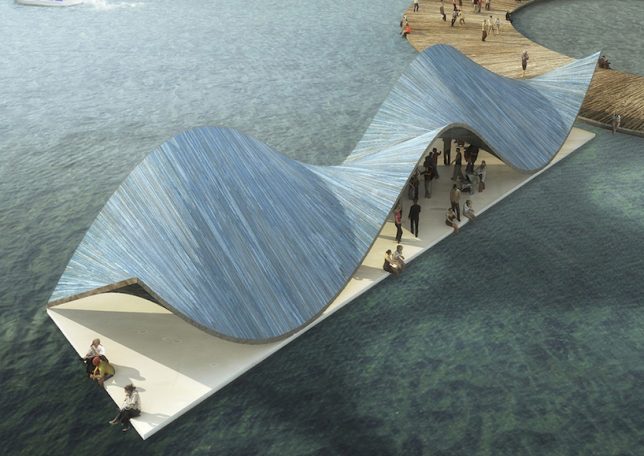 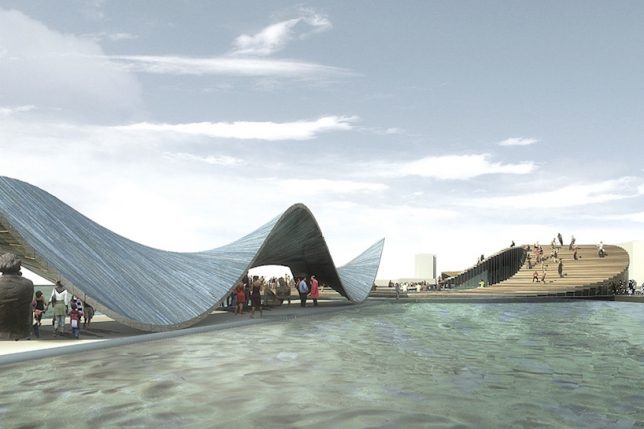 When you run out of land for parks, build them on the water. This way of thinking is spreading across the world, from New York City to Estonia, envisioned as the home of this ‘Baltic Sea Park’ by kilometrezero. The circular pavilion honors thousands of years of history and cultural exchange on the Baltic Sea, and connects buildings on land to a floating structures that acts as a dock for a changing series of floating pavilions. In the summer, the protected circle of water within it becomes a giant swimming pool.