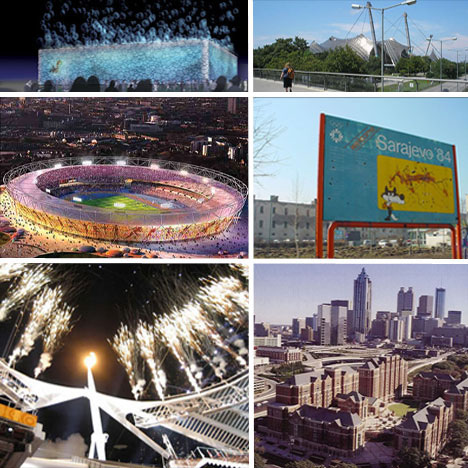 One of the reasons cities compete so savagely over the Olympic games in spite of the amount of debt that it can plunge them into is the opportunity to completely transform their infrastructure as well as their global image. Atlanta completely rebuilt their international image around being an Olympic city after 1996, no matter how poorly-executed the Games were, and human rights violations or not, Beijing seems determined to do the same not only for their city, but the country, as well. The trend is only accelerating–in addition to cities that can lend credibility to the Olympics, like London and Chicago, the list of future hosts and bidders also offers Doha, Quatar, and Rio De Janiero, who seek international legitimacy from the IOC. The past has some cautionary tales for these hopefuls, however. 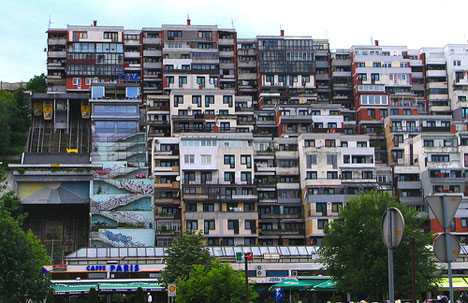 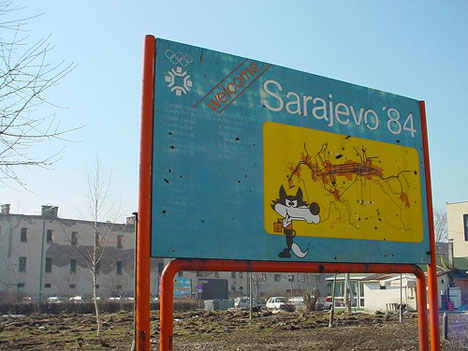 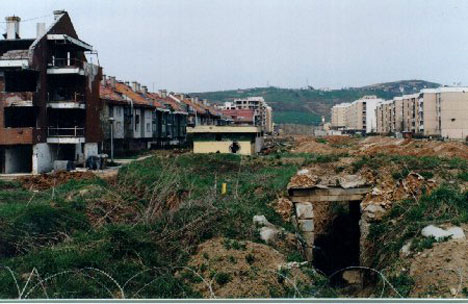 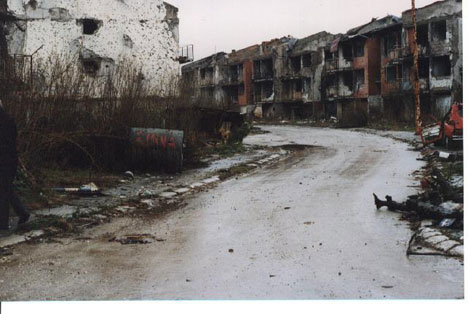 (images via: James and Marketa)

Sarajevo is almost forgotten as an Olympic host now, largely as a result of the destruction and hard economic conditions brought on by the Bosnian civil war. It was during this time, just eight years after the winter Olympics had left town, that the city found itself on the receiving end of the longest siege in military history, being mercilessly shelled, and with Olympic venues being turned into battlefields. Almost any reminder of the Games is gone now, and the surviving ruins are slowly being replaced as the city tries vainly to grow beyond its war wounds more than ten years later. 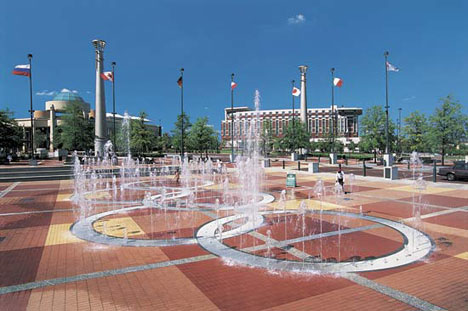 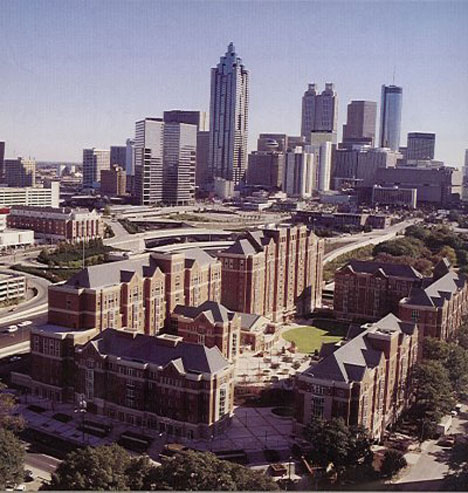 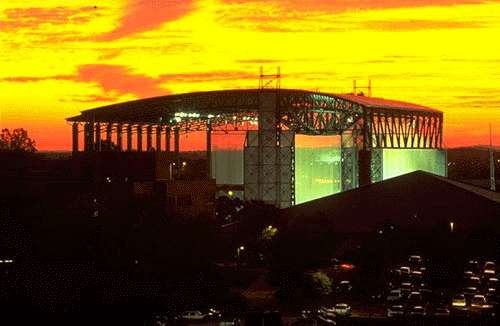 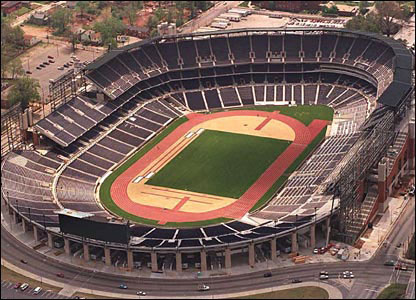 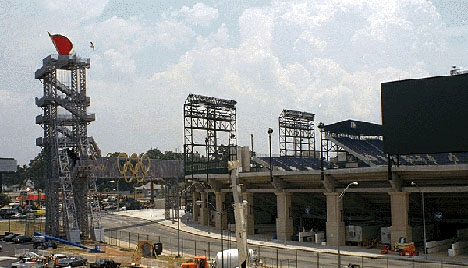 Atlanta underwent a construction boom in the early 1990s, financed by the television contract for the 1996 games. While many of the sites had temporary features, or were merely re-purposed– the University of Georgia’s Sanford Stadium held a portion of the football tournament, and 3/4 of the Olympic Stadium was torn down to become the new home of the Atlanta Braves–many others were absorbed into the city’s institutions of higher learning. Both Georgia State University and Georgia Tech took over parts of the Olympic Village for student dormitories, and the aquatics facility gave the Yellow Jacket swim team one of the finest homes in the nation. It’s worth noting that while the stadium was torn down, the Olympic Torch still stands off of I-75 near Hartsfield-Jackson Airport, a testament to the city’s moment in the world spotlight. 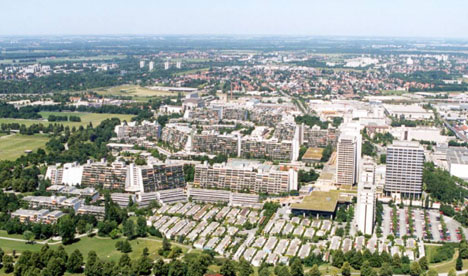 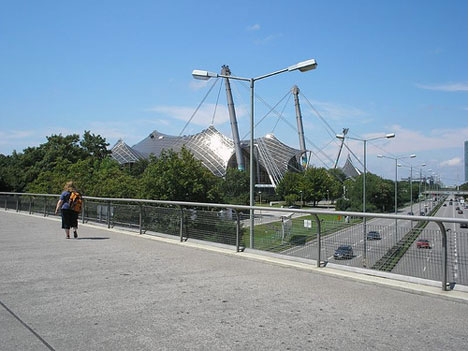 Munich, unfortunately, is not synonymous with the “Green Olympics” concept that they pioneered, but the tragic death of several of Israeli athletes at the hands of Palestinian terrorists. The place where the world watched a hostage situation unfold later became student housing, but has since been approved to be torn down. The larger Olympiapark area, however, is still in use by the community as a recreational area, and features some of the city’s finest architecture in a sweeping silver skyline. 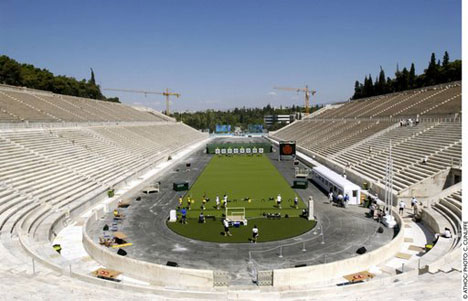 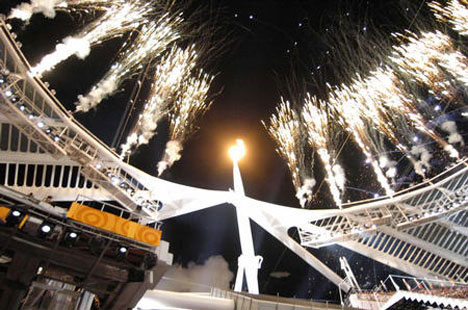 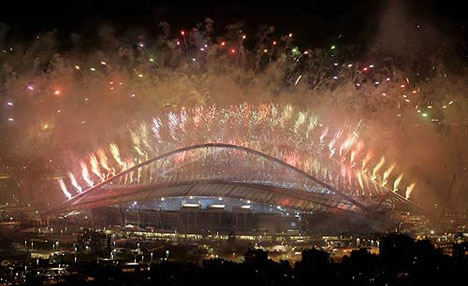 Athens is notable for hosting two incarnations of the modern Olympics, and perhaps more astoundingly, using the same venue twice. Panathinaiko Stadium, the home of the 1896 track and field events, as well as the finish line for the marathon, also featured several field competitions and the start of the 2004 marathon. The (significantly!) larger Olympic Stadium has since been converted, like many others, into a FIFA 4-star stadium, and remains in use as a sporting facility. 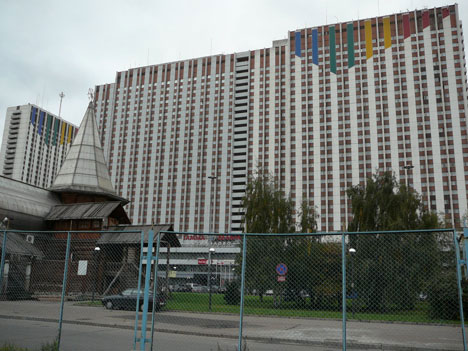 The Moscow Games, which were largely a disappointment due the Afghanistan-induced boycotts, feature some of the most uninspiring architecture of the Olympic experience. Where the villages in Athens resembled Greek villas and Sarajevo recalls a town in the Alps, the Soviet Union built appropriately-imposing multistory towers and the Luzhniki Stadium recalls the horrendous multipurpose stadia of the time in the U.S.–most of which have fallen to a wrecking ball since. 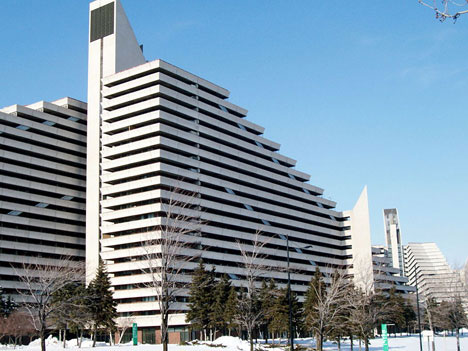 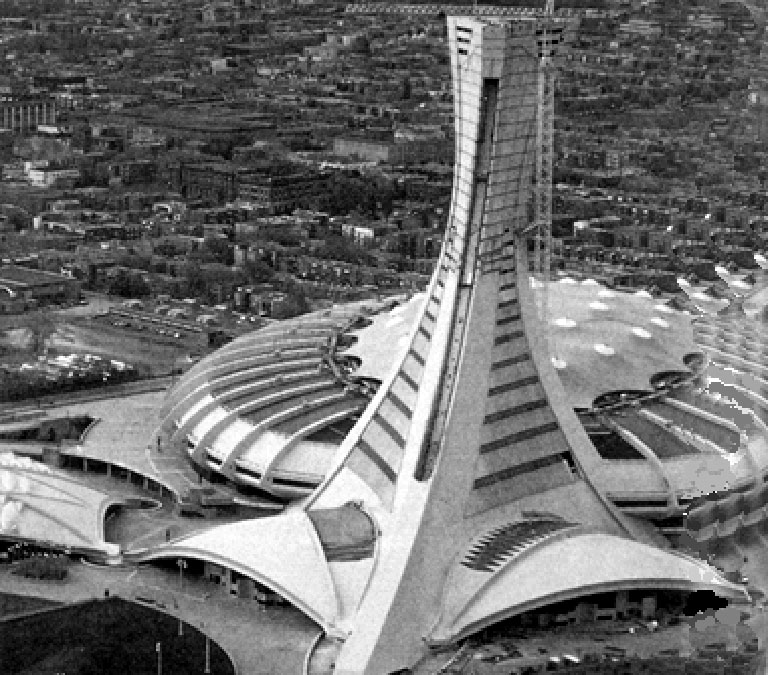 Montreal is a the prime example of an Olympic Games hurting a city, as the 1978 Games paved a road to long-term financial pain for the capital of Quebec. The Olympic Stadium, with a soaring tower meant to control the blue retractable roof, wasn’t completed until 1987, and even then the roof was impossible to maintain in winds over 25 miles an hour. Conditions only worsened, as in 1991, a large chunk of the tower fell into the facility, and in 1999 a 350 square meter section collapsed. Only recently paid off in full, the Games and the Stadium both became known as the “Big Owe” for citizens of Montreal. 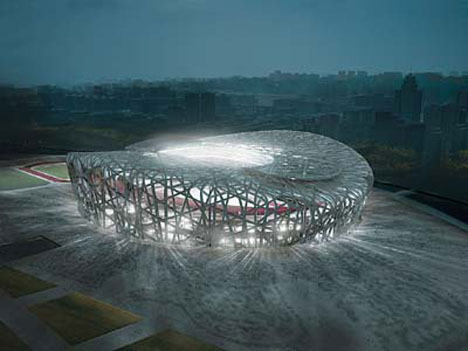 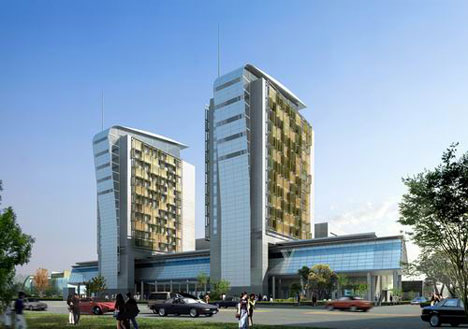 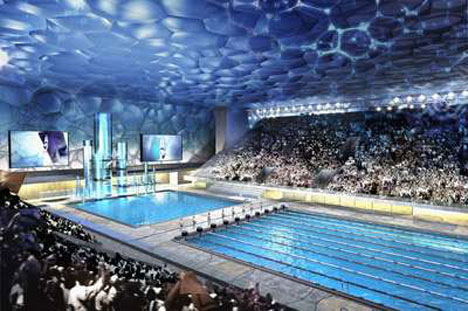 Beijing offers what is plainly the most architecturally daring and complex olympic experience ever; the national stadium, known as the Bird’s Nest, and the swimming facility, which lights up in a similar fashion to FC Bayern’s Allianz Arena, are certain to be an inspiration to designers worldwide, even in spite of the black eye China is getting with respect to human rights violations in the run-up to the Games. The towers pictured above are residences at the Olympic sailing venue, designed to inspire thoughts of full sails. 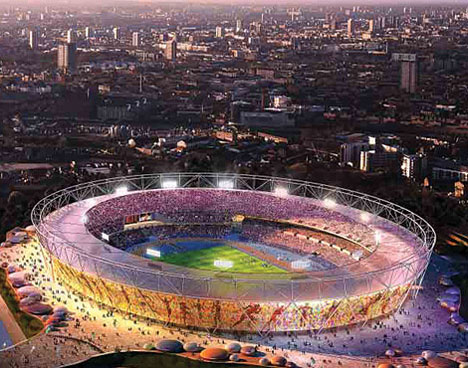 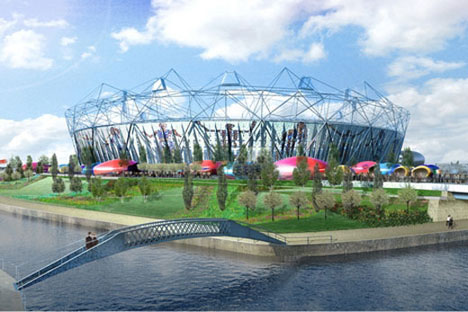 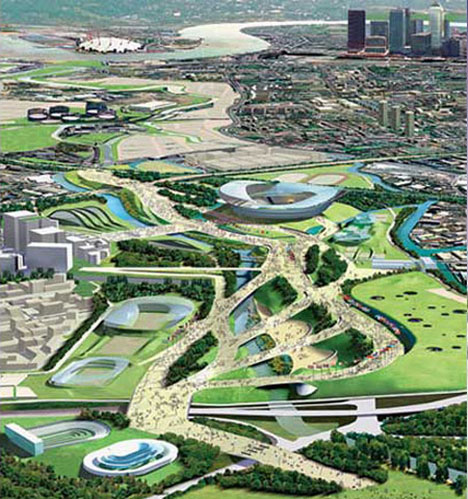 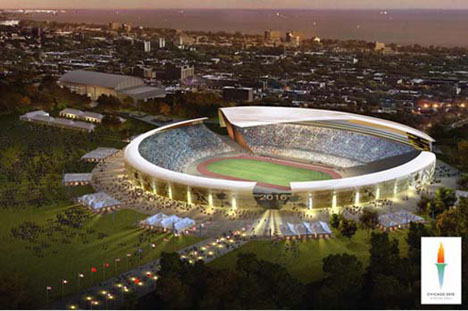 Planning for the next Olympic host is well underway, with construction in London setting new goals for the Olympic experience; London, obviously not in need of another major stadium to maintain after the Games, has elected to build a completely temporary facility around a smaller, 25,000 seat community stadium. Chicago, one of the leading bidders for the 2016 games, has promised to follow this model as well. It’s speculated that the IOC is encouraging this development, as it would transform the Olympic Games from a status symbol for rich nations to a traveling festival that can take root in any number of nations that would be far better served by the mandatory improvements in infrastructure.