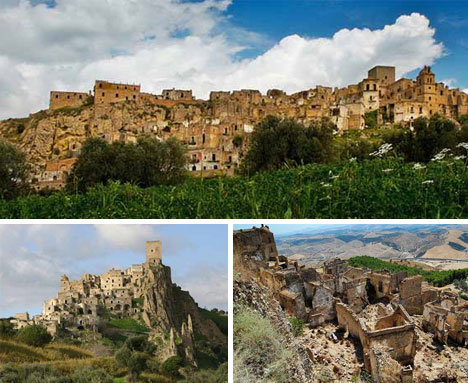 The deserted walled medieval town of Craco had a village located on its site as far back as the 500s AD. Over time, however, it was plagued by, well, plagues … as well as agricultural droughts, rogue banditry and finally insurmountable seismic activity which threatened to bring the whole town down. In the 1960s the last of the residents were evacuated for fear of an earthquake that could level the entire site and the town has since sat entirely abandoned high up on a 400-foot cliff.