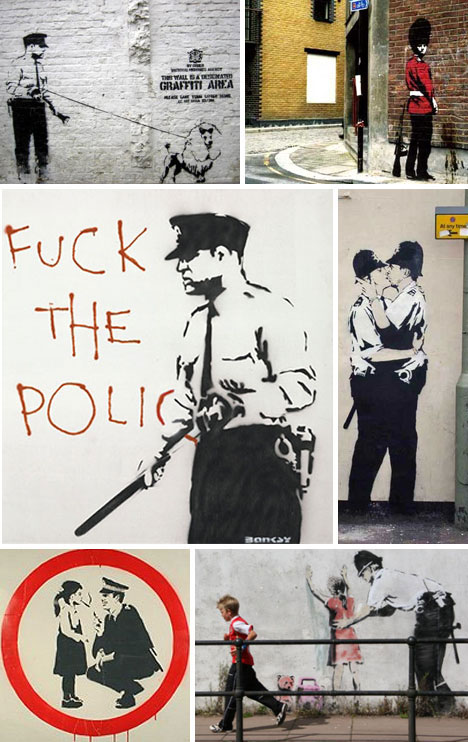 The police are an unsurprisingly common subject of Banksy’s art – often featured being cruel to children or performing comic activities (such as kissing one another or urinating on a wall). As a graffiti artist Banksy is of course naturally at odds with the authorities but his disdain runs deeper – graffiti is not only at the heart of his approach but also reflects his overall interest in questioning, revealing and subverting overt and hidden sources of authority. Much of his technique has actually evolved around his concern for being caught by authorities. He adopted stenciling, for example, because most of the preparatory work can be done off-site and a drawing itself can then be rendered on-site in a matter of seconds. Supposedly he made the decision when he saw a stencil on the underside of a train while hiding from the police.