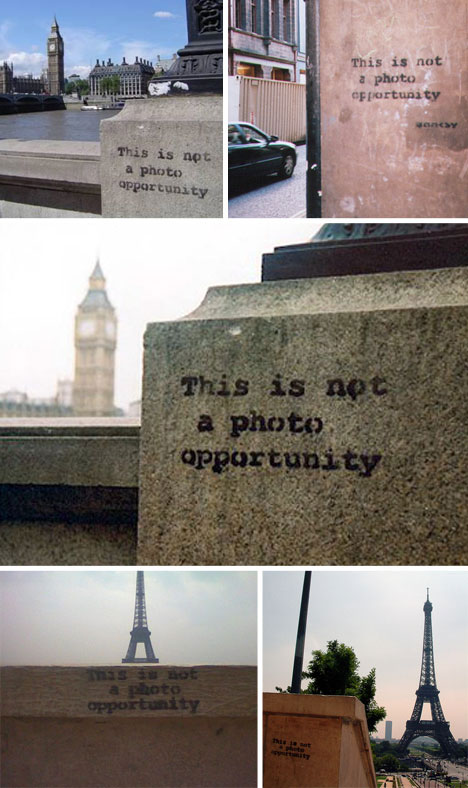 One of Banky’s most infamous stencils is featured above at some of the world’s most famous locations. While it has been known to appear in drab, offbeat and otherwise unlikely places this stencil has been most notably used near to Big Ben and the Eiffel Tower. Perhaps the most fantastic aspect of this stencil is its ability to shift viewer focus – suddenly the stencil itself becomes (ironically enough) the primary point of interest in many photographs.