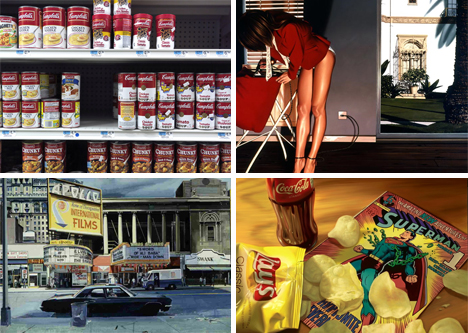 Photo-realistic art is really on its own level in the art world. While some may ask what the point is when taking a picture is so much easier, to these artists the point is obvious: painstakingly creating a tiny piece of fiction that looks good enough to be fact is a feat of artistic talent. Is it really possible for an artist to recreate reality so perfectly? It is, and it’s the specialty of the artists below. Their skill is so great that sometimes, you just have to double-check to make sure their paintings really aren’t photographs. 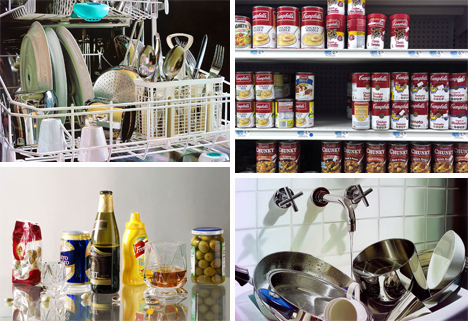 Roberto Bernardi is an Italian artist who has been painting since he was a small child. After a stint as an art restorer and some time spent exploring his own personal style, he discovered photo-realism. The style struck a chord with him because of his strong perfectionist tendencies, and photorealism still allows him to express himself artistically while being precise. His biography sums up photo-realism beautifully: he calls it an “intense and spectacular” type of painting. 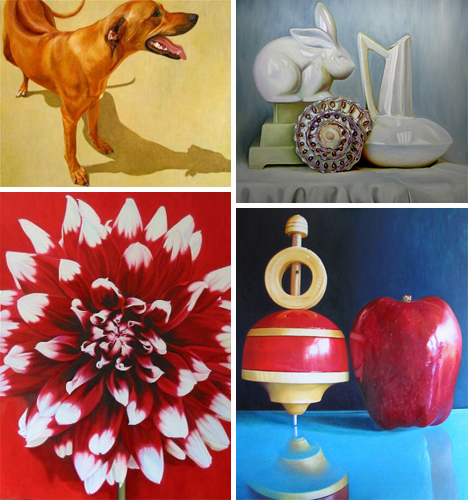 Also experimental and curious about what she could create, Maria Medina has dabbled in several different types of art, from hat making to sculptural metalwork. Her photo-realistic oil paintings, though, capture a playful beauty that is truly spectacular. She’s able to imbue a sweet personality into even inanimate objects. 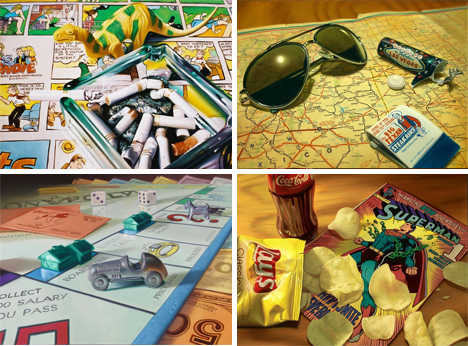 Influenced by Sunday comics, Mad Magazine, and BB guns, Doug Bloodworth uses inspiration from his own life to create his photo-realistic paintings. Every painting has a story, which the artist relates on his website. Bloodworth also paints murals on Lynx buses in Central Florida, and they are every bit as impressive as his smaller works. 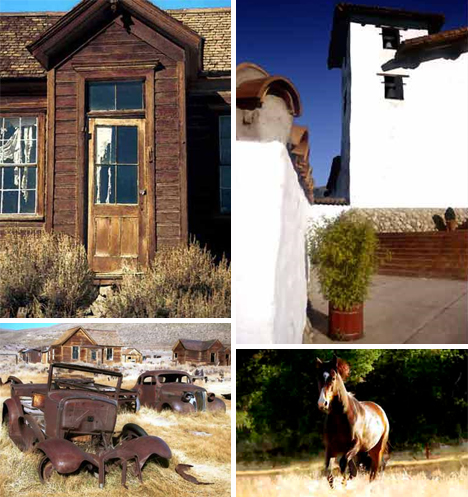 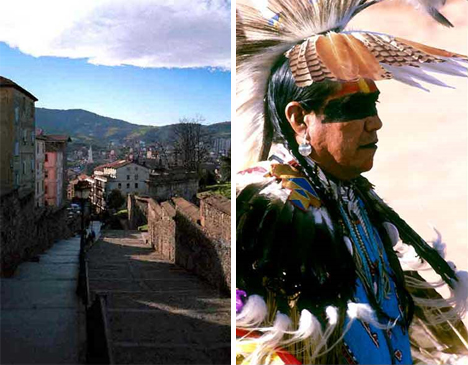 Denis Minamora came by his photo-realistic style naturally. He was raised in a tradition of storytelling and pictographic art, and he calls upon that tradition to create his unbelievably realistic paintings. He combines watercolors, pen and ink, and chalk pastels to make vivid, intense and strikingly lovely pieces of fine art. Having an additional history as a photographer, Minamora is keenly aware of the subtle difference caused by perspective and lighting when viewing art. He has take that into account and uses those differences to enhance the realism of his paintings. 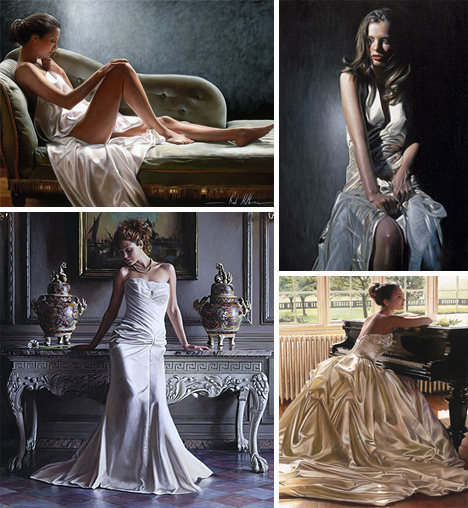 The undeniable grace captured in Rob Hefferan‘s portraits is a testament to his talent. The English artist does commercial work which is stunning, but his bridal portraits and other figure work are absolutely breathtaking. If it’s possible, they seem almost more realistic than photographs, displaying the living warmth of each of the subjects. 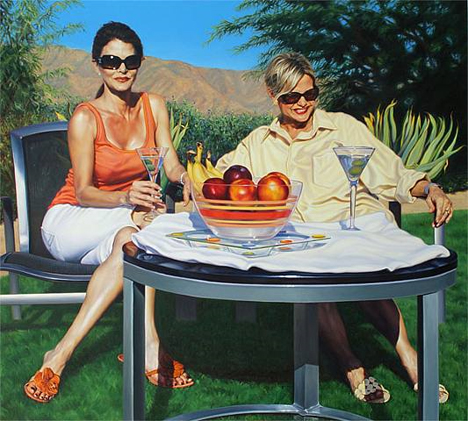 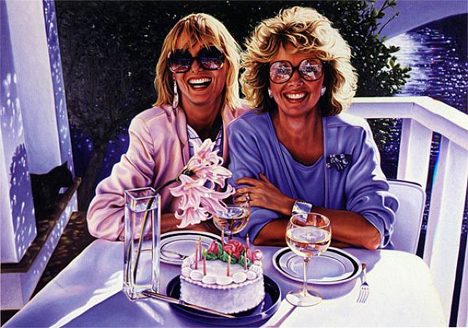 American artist D.J. Hall has gone through an incredible metamorphosis as her career has progressed. She has gone from painting smiling blond ladies of luxury to relaxing her subjects a bit more, letting their personalities shine through. She has said of her early work that she was reacting to a difficult childhood and re-enacting happy moments at her grandparents’ poolside, where everyone would smile widely for the camera. Her ultra-realistic paintings are almost heartbreaking in their sense of longing and loss hidden behind a sparkling facade. Hall continues to create, but her more recent paintings are more honest – though many still depict swimming pools, one of her favorite settings. 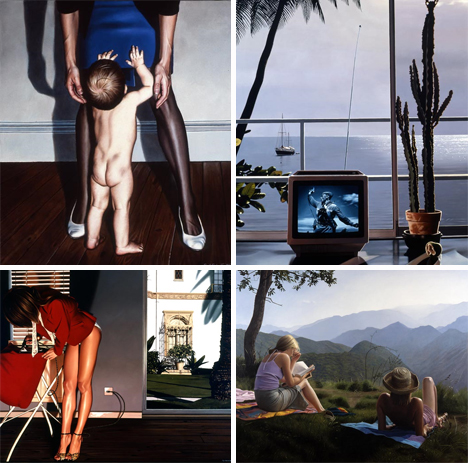 Paul Roberts grew up in Wales as the child of artists, and he followed in their footsteps to become a talented and well-recognized painter. But when he became a rock star with the band Sniff’n The Tears, he let painting fall to the side for a while. Regardless, his amazingly realistic paintings remain impressive enough to win him continued worldwide acclaim. His paintings have been described as being rather like uncomfortably realistic dreams, but the artist’s intention is simply to capture the energy of life on canvas. 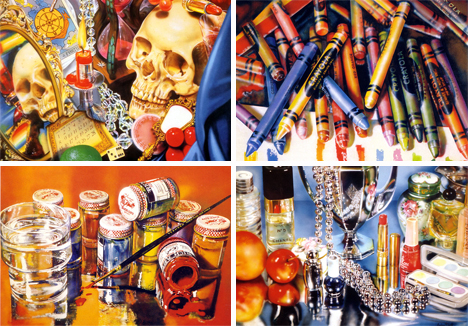 Audrey Flack‘s considerable talent can be seen in any of the multiple types of art she produces, but some of the most well-known and memorable is her photorealistic art. She was among the first to use this vivid style in the US in the 1960s, and her work remains today just as impressive as it was then. She continues to influence artists all around the world, and she currently lives in Long Island. 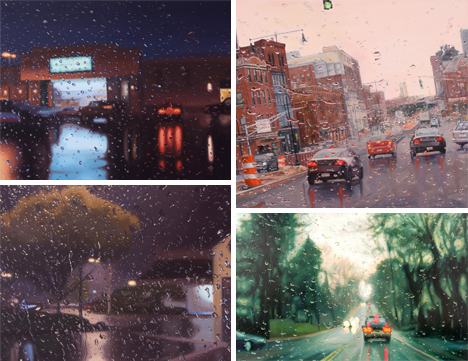 The amazingly realistic art of Gregory Thielker manages to transport the viewer to another time and place. Look at his paintings and your mind inevitably drifts to a memorable rainy day, a drive through bad weather to see someone special, or a specific moment in time that is called up by these magnificent yet often gloomy images. His use of rain drops and weather to obscure the details of the background make his paintings seem all the more photographic in nature. 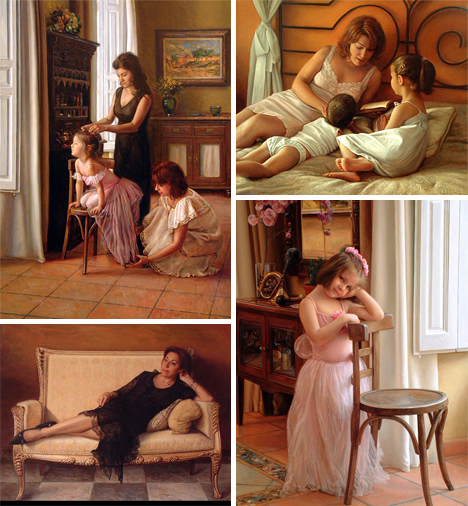 Antonio Capel portrays a brighter, softer type of photorealism. His subjects are varied and have included buildings, baskets of kittens, bullfighters and much else in between, but his most compelling works of art are his figures. Mostly women and young girls, their images are sweet, innocent, and intimate. The talented Spanish painter breathes a warmth into his paintings that few others can match. 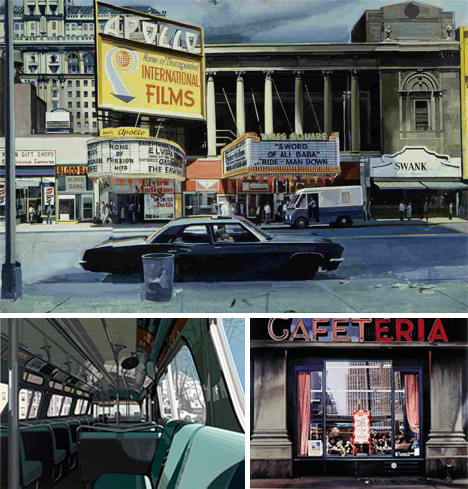 Richard Estes was one of the pioneers of the photorealism movement in the 1960s, and his timeless urban landscapes are still some of the most intricately detailed photorealistic paintings out there. After moving to New York City in 1956, he worked as a graphic artist for a decade before finally being able to support himself by creating art. Asked why they are so gritty and realistic (sometimes depressingly so), Estes has famously said of his paintings “I don’t enjoy looking at the things I paint, so why should you enjoy it?” . 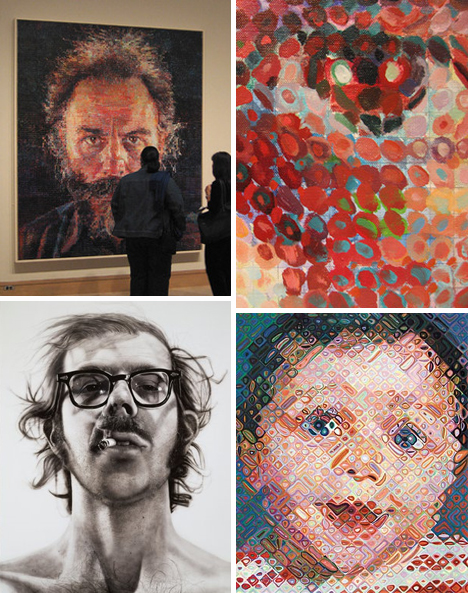 Chuck Close is another of the photorealism pioneers, and also one of the most amazing stories in the art world. In the 1960s and 1970s, he made a name for himself as an exceptionally talented photorealist artist, and he was known for using some unconventional techniques. He was paralyzed from the neck down by a rare spinal artery condition in 1988, but worked hard to regain some use of his limbs. He still paints using a paintbrush taped to his wrist, working in low-resolution grid squares to create paintings that are amazingly realistic at a distance. 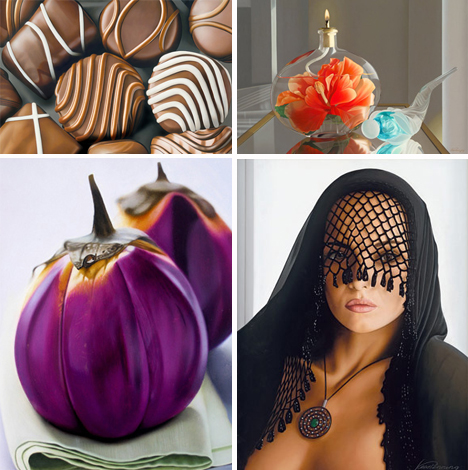 Holland-born artist Cees Penning was once a successful photo retoucher, but when digital photo retouching left him without a job, he began to focus on other types of work. He works now in several different fields but devotes his free time to painting in watercolors and oils. He says that he’s been an artist since kindergarten, and his oil painting is completely self-taught. His background as a photo retoucher has compelled him to create paintings that are as realistic as possible. 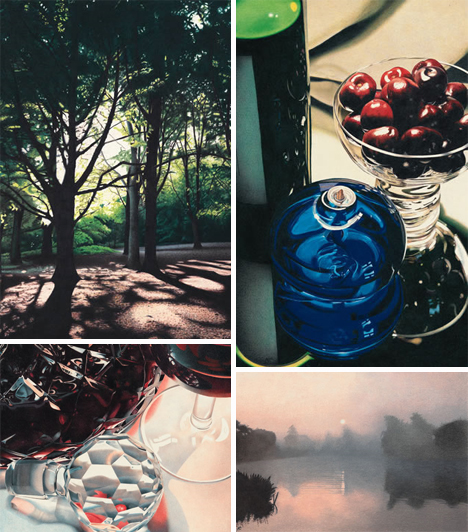 Frustration and artistic boredom nearly drove Alastair Lockwood to give up art completely. Luckily for everyone who has ever seen one of his incredible pieces of art, he was lured back to art by the creative drive within him. Today, he creates these amazing photorealistic colored pencil drawings, feeling the thrill of being his own boss and creating what he wants to create. His website is full of charming English self-deprecating humor as well as his own unique brand of photorealistic art.