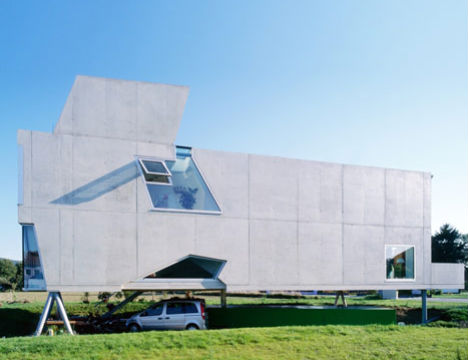 A concrete rectangle hovers in the air, implausibly balanced feet above the ground on just four stilts. And as if the curiously gravity-defying qualities of the exterior aren’t enough, the entirely unexpected interior looks as if it must belong to another building. Take a peek inside ‘Single Family House St. Joseph‘ by Vienna architecture firm Wolfgang Tschapeller Architekt. 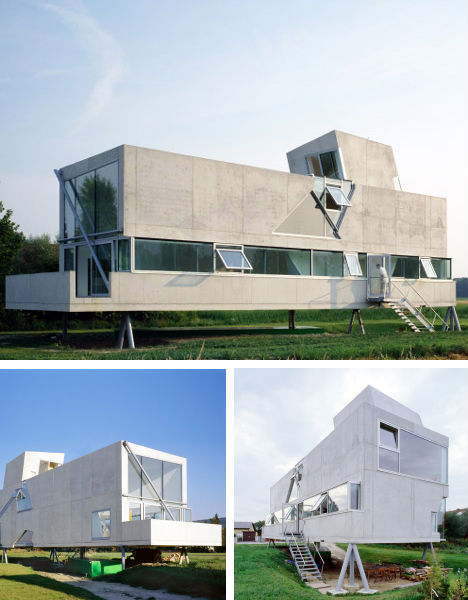 Spare and geometric, the outside of this family home in Austria calls to mind the narrow, easy-to-transport shape of prefabricated mobile homes, but instead of wheels there are four stationary supports – one with a single leg, two with two legs and one that resembles a tripod. On one end, a wall of windows and glass doors open out onto a small patio. 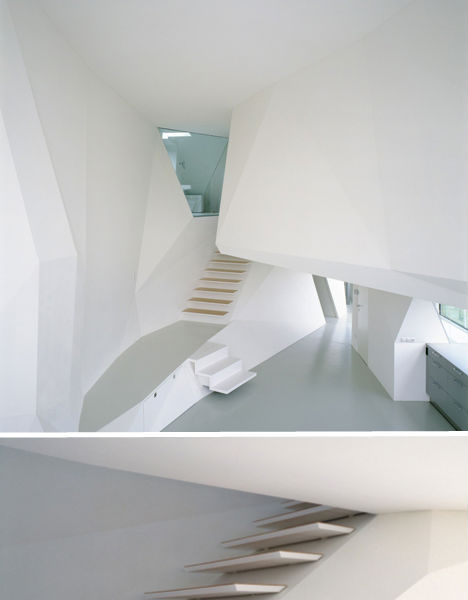 But the outer shell is just that – a shell, completely independent of the soft white amorphous forms of the interior. The interior walls project out into the living space, creating shapes that are visually arresting but of unclear practicality. 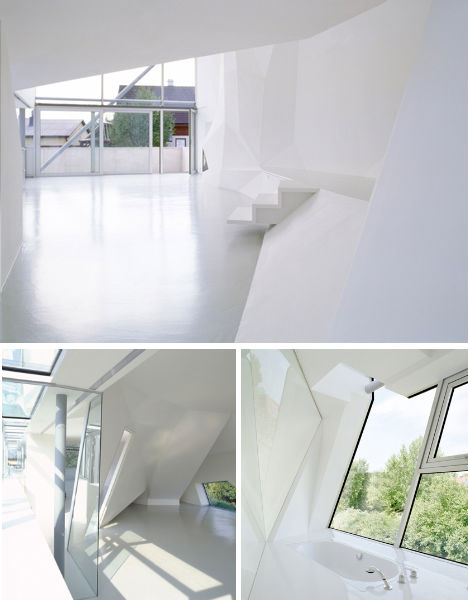 “The white form opens up and programs – makes habitable, if you wish – the concrete shell’s inner area,” say the architects.