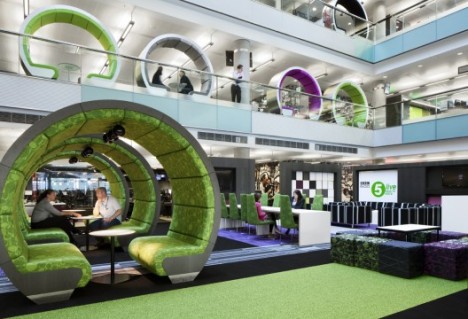 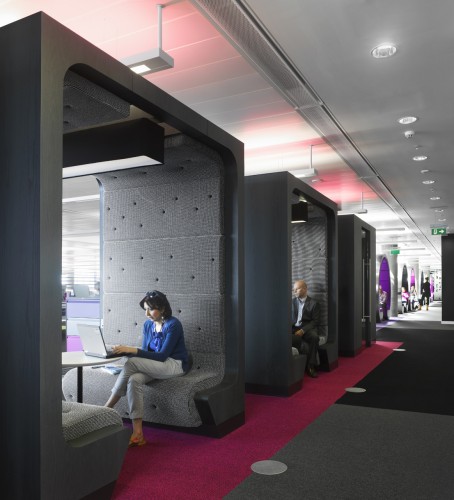 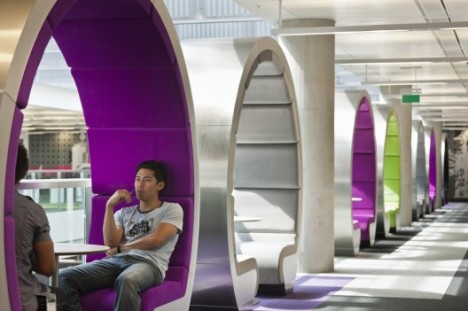 BBC North in England wanted a workspace that was ‘amenity-centric rather than desk-centric,’ turning to architecture firm ID:SR for a creative solution that could host a range of activities and double as a studio space. The result is a series of ‘meeting pods’ transforming dead space at the edge of an atrium, creating vibrant but intimate spaces for work, thought and conversation. 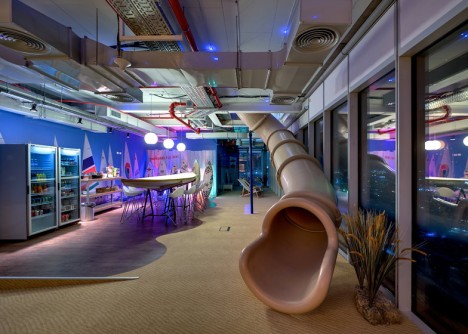 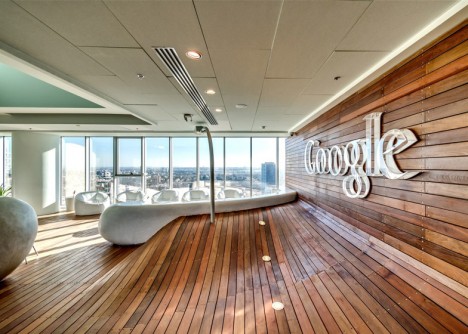 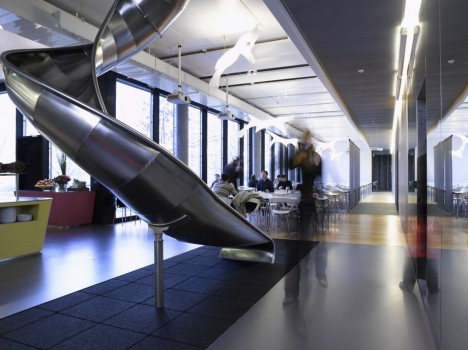 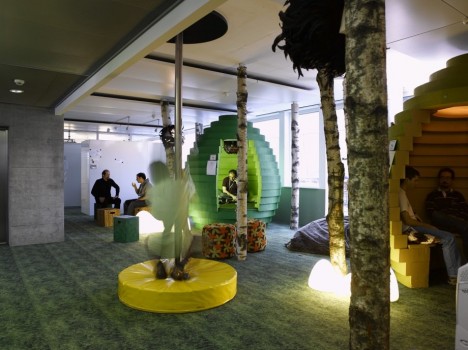 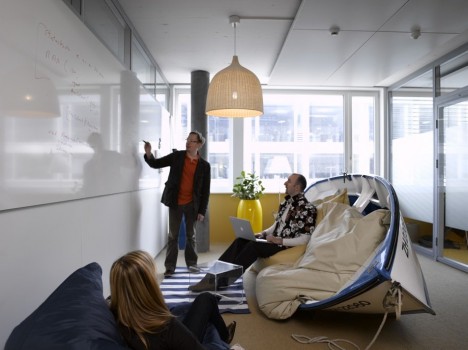 Of course, of all companies, Google is perhaps the best known for decking out its offices with eye-popping visuals and incredible amenities – the challenge is even being able to pick a few standout designs out of the many offices throughout the world. Like many of the company’s other locations, Tel Aviv and Zurich have slides, fire poles and other creative means of getting from one level to the next as well as highly creative lounge areas and even boats in place of chairs. 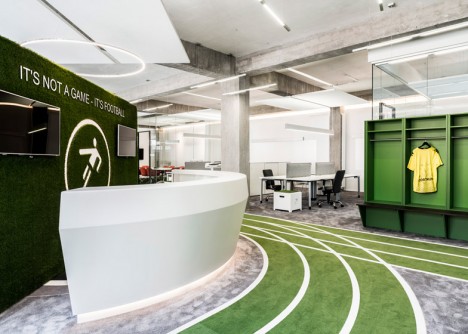 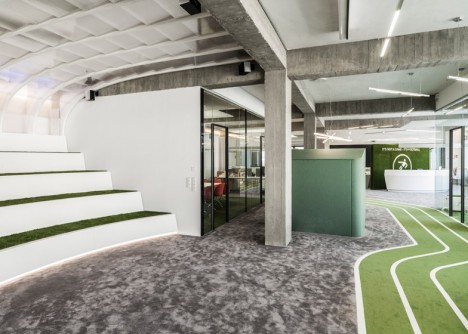 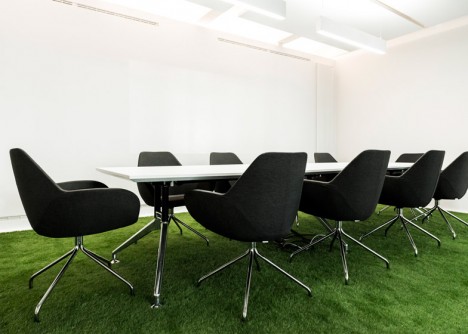 Fittingly enough for a football app company, the ‘Onefootball’ offices by Munich-based design firm TKEZ feature a three-lane running track that weaves all around the 15,000-square-foot former factory building. The artificial turf leads from an elevator in the center of the office to an ‘arena’ created by tiered seating. Even the meeting rooms are turfed. 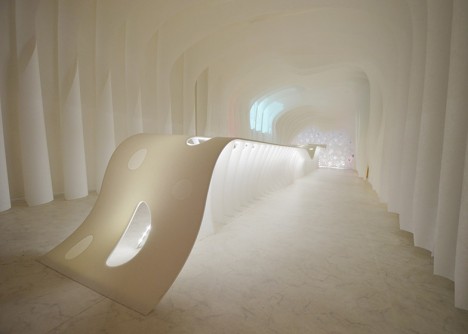 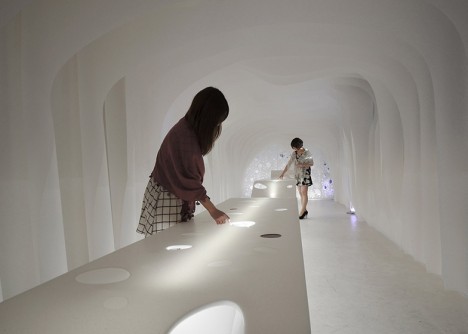 Japanese architect Kotaro Horiuchi envisions ‘Paper Cave,’ a white space made from hanging sheets of glass fiber paper from the ceiling, as “basically an office that can be used in many different ways.” The concentric sheets are curved to create a rippling effect, and a central table full of irregular holes seems to float. “It’s a place where people gather, discuss, it could be used as an office, a saloon, a meeting place, a lounge or a bar.”