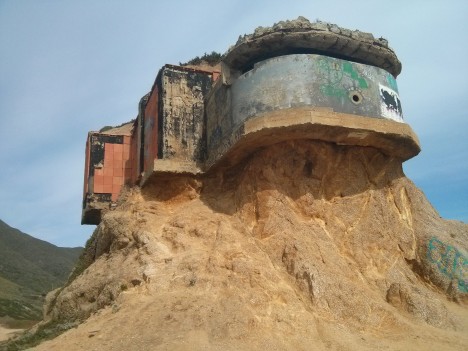 Reinforced concrete and a solid footing seem to be the glue holding this derelict structure together despite so much of it hanging off on its various sides, including a walkway-to-nowhere suspended out behind it (on the land side). 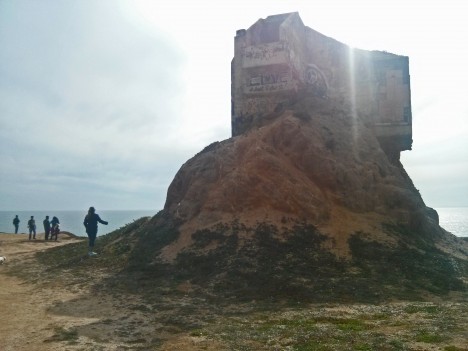 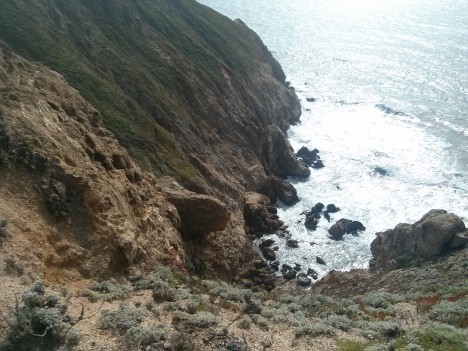 More on the local military use history of the site via Wikipedia: “Devil’s Slide was the location of a military triangulation station and observation site used during World War II as part of the harbor defense of San Francisco. Prior to the advent of radar, military personnel would use binoculars and compasses to search for ships at sea and relay their coordinates to a central post.” 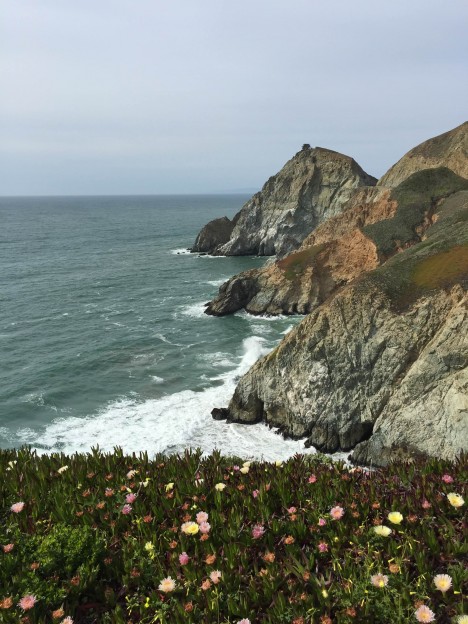