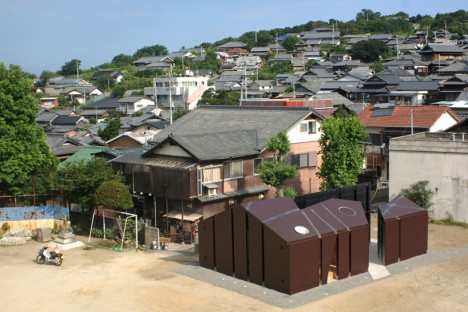 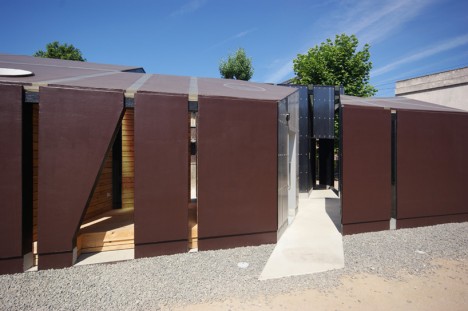 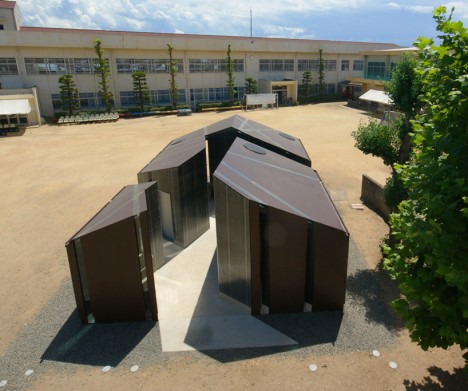 Setting aside the fact that it’s named ‘House of Toilet’ (maybe it sounds better in Japanese?), this structure by Daigo Ishii and Future-Scape Architects is a highly inventive public restroom with slices cutting across a main volume to create a series of alleyways between individual units as well as slit-shaped windows. The slices weren’t randomly placed: half of them reference solar orientations, while the rest reference travel trajectories to various cities.

Under the Sky, Under the Sea by Steven Holl Architects 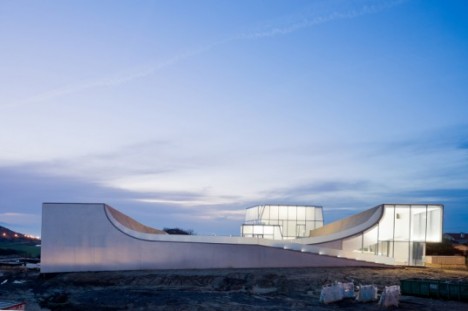 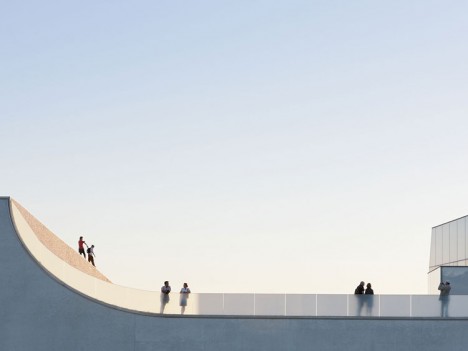 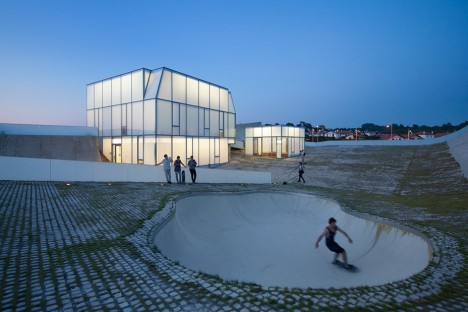 The concave surfaces on the Cite de la Ocean et du Sur building by Steven Holl Architects reference waves, with the roof gradually sloping from ground level up to the third floor. The building is a museum aiming to raise awareness of oceanic issues and scientific aspects of surf and sea, the curving concrete structure setting off two translucent geometric volumes. The curves also echo those of an adjacent skate bowl. 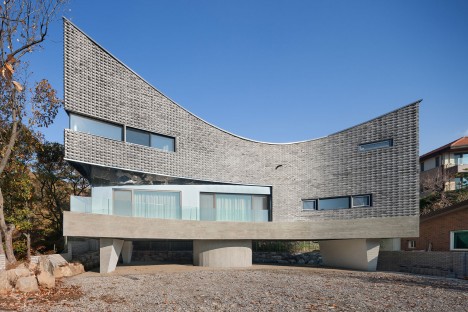 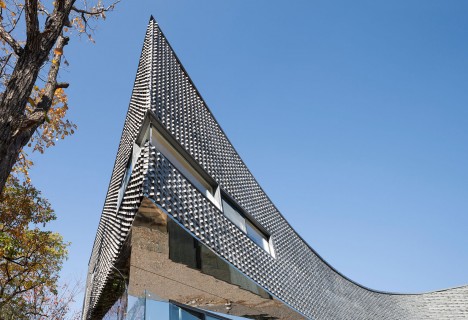 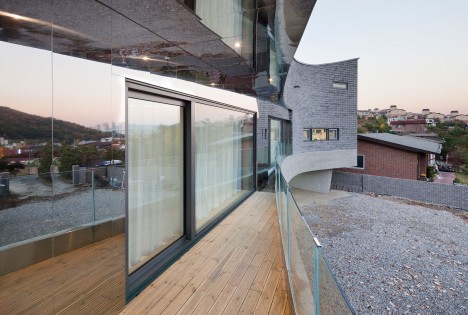 The facade of this private home in Gyeonggi-do, Korea, sort of looks like an ordinary rectangular volume was skewed at the corners in Photoshop, stretching and curving it. JOHO Architecture lifted the Curving House off the ground to create space for parking, while the curve concentrates views on a garden. 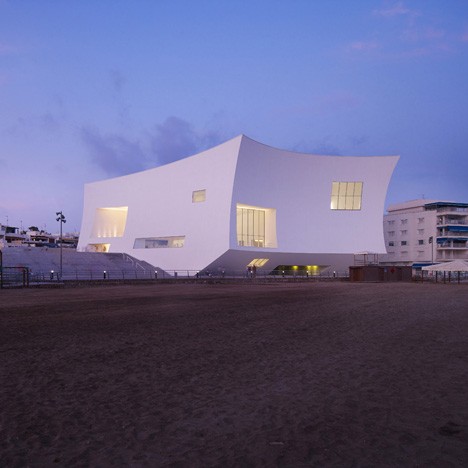 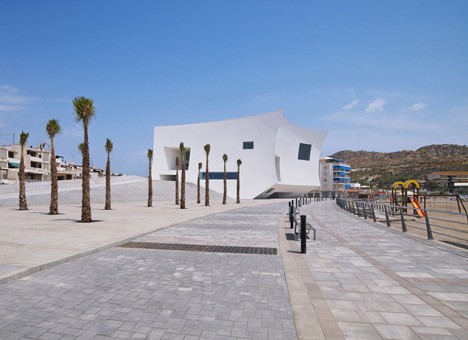 The shape of this auditorium in southern Spain by Estudio Barozzi Veiga is “a natural response to the particular stimulus offered by the location,” explain the architects. “On the one hand to respect the urban tissue that growths inside, on the other, the ones to preserve the expressive hue of the natural landscape.” Thus, it’s oriented to place equal importance on both, with a clean and orderly facade angled toward the sea.