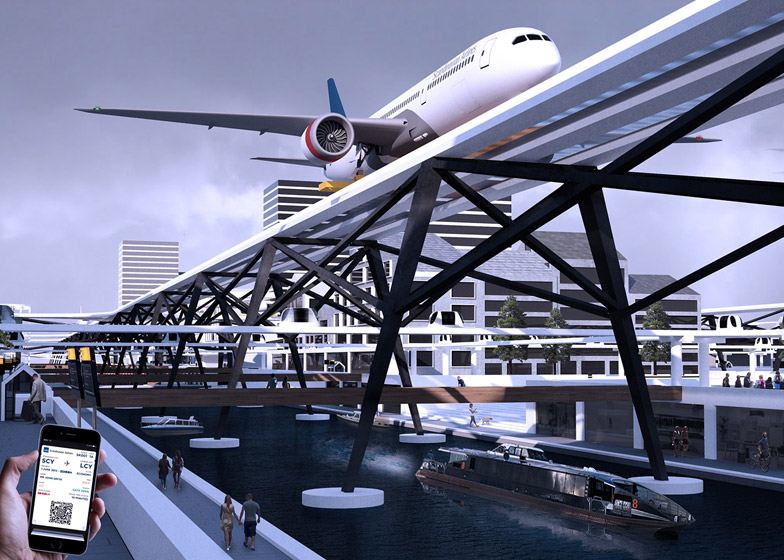 Airports take up vast amounts of valuable real estate in and around urban areas, but what if we could get to and from planes faster, make takeoffs and landings easier, and save city space in the process? 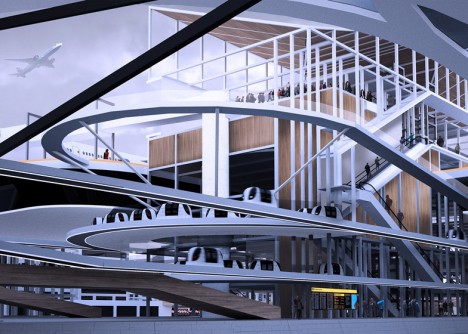 The Airport City project proposes a radical reinvention of the airport, elevating tracks above roadways and waterways in the heart of Stockholm, Sweden. 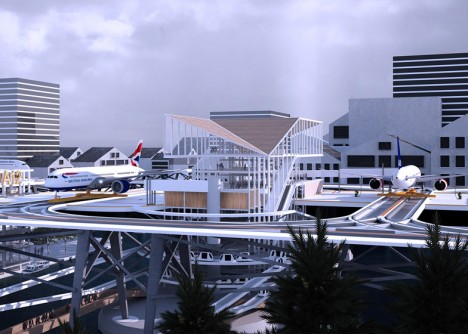 With ground-powered plane taxi systems tied to this track setup, noise and air pollution could be reduced as well, but the critical concept is the degree of urban integration and reduction of single-use architecture and infrastructure associated with a conventional airport. 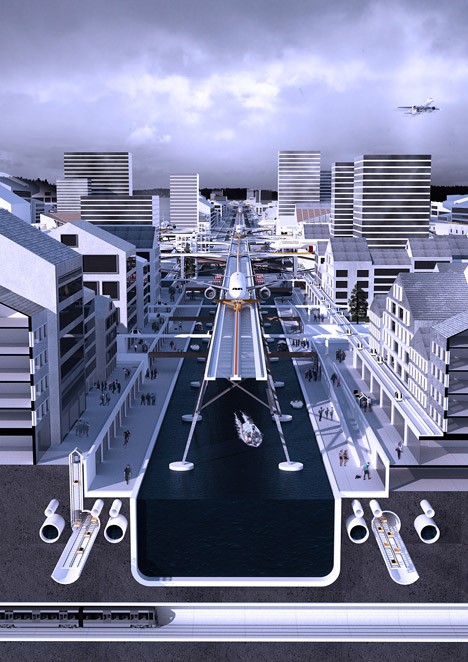 Designed by Alex Sutton, graduate of the Bartlett School of Architecture, the idea may not be ready for lift-off anytime soon, but it nonetheless invites designers and travelers alike to rethink the current typology of contemporary airports and how we will accommodate increased air travel in future urban designs. 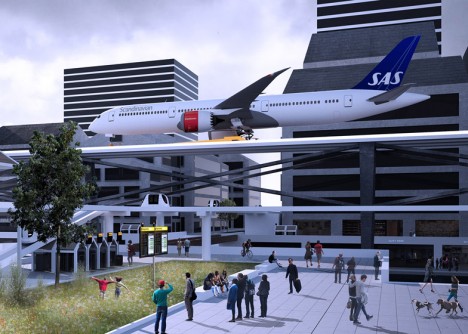 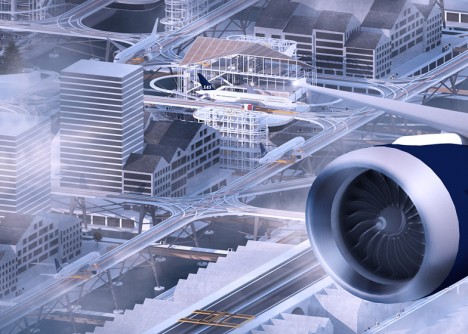 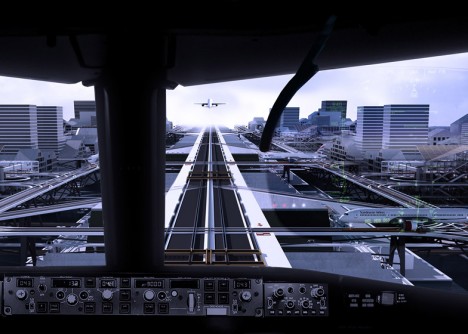 As automation increasingly transforms airplane travel processes and planes get quieter, there is something magical about imagining we could watch flights take off right within our cities, and step right off of planes into downtowns. 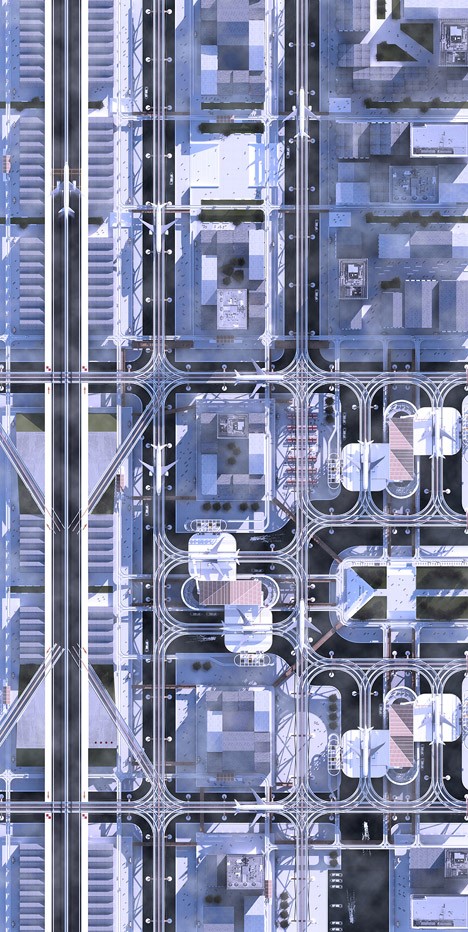 From the designer: “Travel demand in the aviation industry is set to double by 2030 and continue increasing exponentially into the future. In order to satisfy demand and the increasing importance of the airport on local economies, capacity in the industry needs to increase. This project uses Stockholm, one of the fastest growing cities in Europe, as a testing ground to establish a fully integrated urban airport as part of a new city district, in a time when aviation technology is such that aircraft and airports could operate from within our cities.”