The House From Sleeper 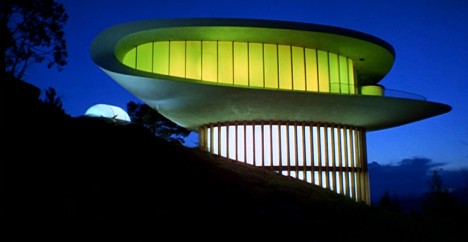 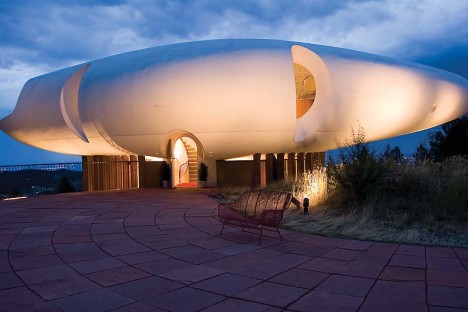 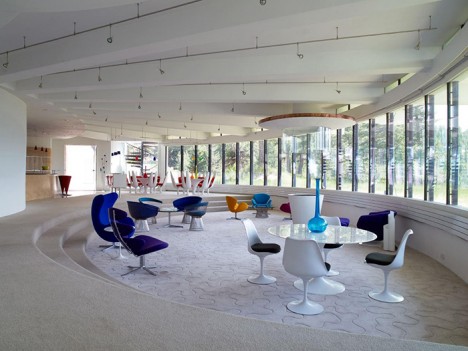 Fans of Woody Allen’s 1973 sci-fi comedy Sleeper will recognize this iconic Denver house by architect Charles Deaton, built in 1963. Officially titled ‘Sculptured House,’ the retrofuturistic residence sold in 2010 to new owners who planned to give it an energy-efficient makeover and offer it up to HGTV as a setting for a reality show, though that doesn’t appear to have happened. 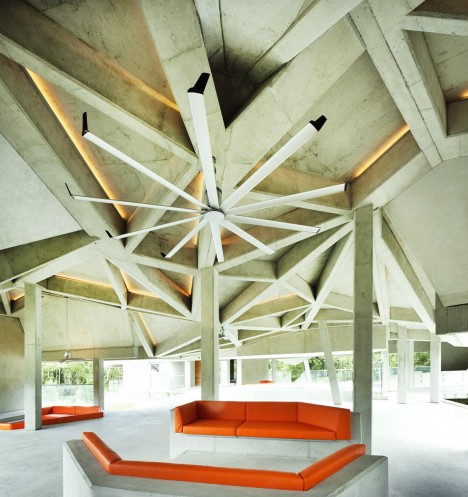 Set on a pond and accessible by bridge, Stamp House by Charles Wright Architects would be an ideal filming location for a villain’s lair. Six wings extend over the water from a central hub, the entire thing constructed of a Brutalist-looking precast concrete. 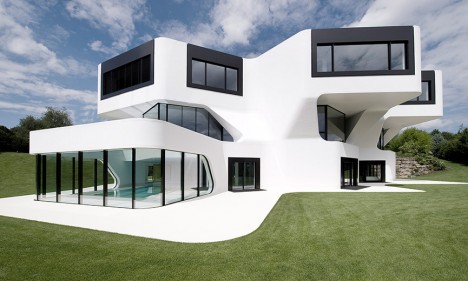 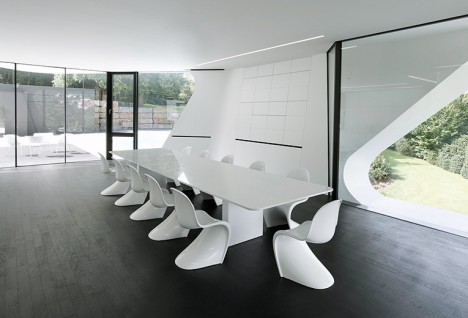 The unusual footprint of J. Mayer’s Dupli Casa in Germany follows the many changes and additions that were made over decades to the home that previously stood on the site. The white facade, cantilevered volumes and geometric layout give it a futuristic feel, and from some angles, it looks like an oversized yacht. 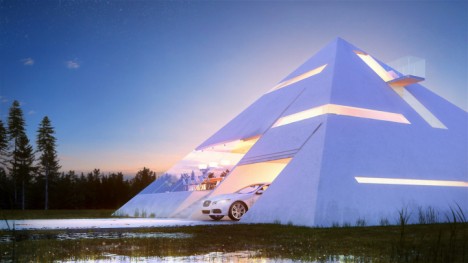 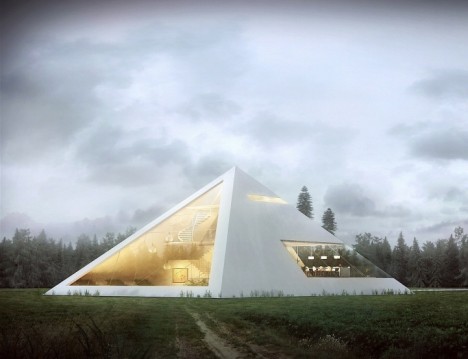 This house by Mexican architect Juan Carlos Ramos may have a highly simplistic shape, but the design is anything but basic, especially with that massive triangular glazed wall. Additional cutouts in the concrete facade let light inside, and a spiral staircase leads from the ground floor to the various upper levels of the interior.