A legacy of living in the most-bombed country per capita in world history, Laotian citizens have spent decades since the Vietnam War dealing with close to 100 million undetonated weapons of targeted destruction. 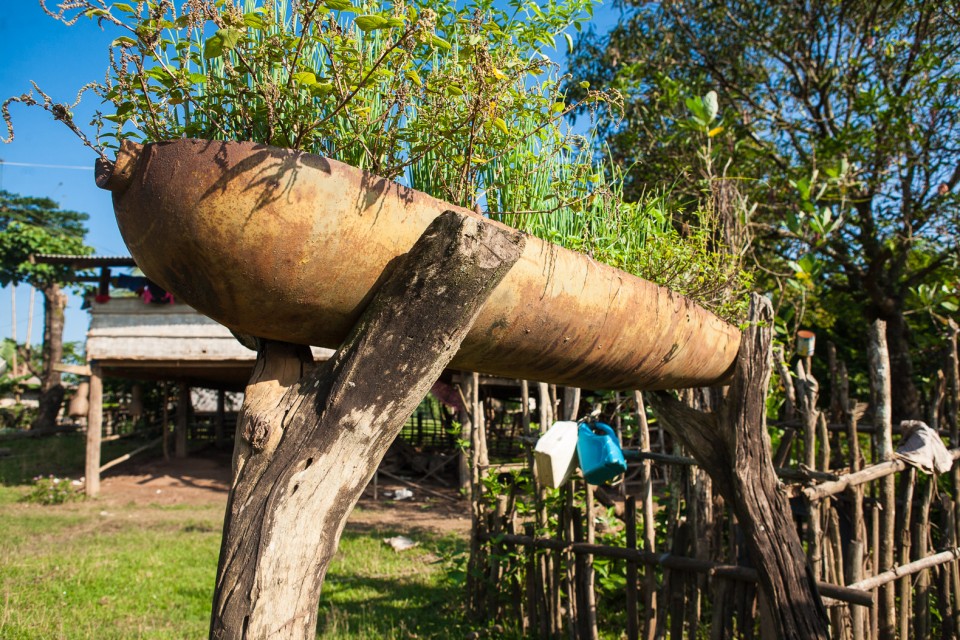 In the 1960s and 1970s, the US covertly dropped hundreds of millions of bombs on the country, at an average rate of one bomb-load per eight minutes. Today, converted bomb remnants are visible across the country, used virtually intact to loft houses above flood planes, hollowed out and turned into watercraft or containers, or stripped down for scrap. 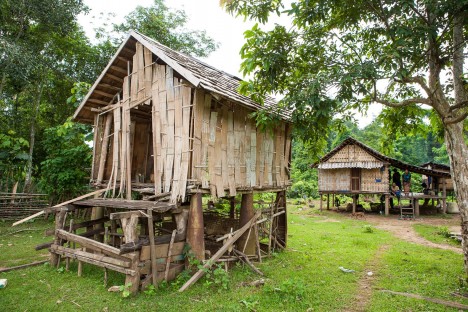 An entire (now shrinking) nationwide industry has grown up around finding, stripping and transforming cluster bombs into metal pieces and parts deconstructed or refit for various new uses. In many villages, bombshells are visible throughout the built environment. 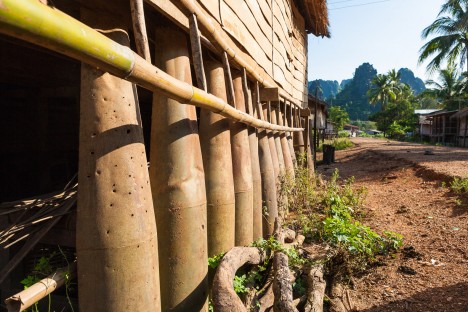 Photographer Mark Watson took a cross-country bike trip and documented these remarkable cases of reuse. “Scrap from such widespread bombing has been utilized in people’s homes and villages,” Watson said, “for everything from house foundations to planter boxes to buckets, cups and cowbells.” 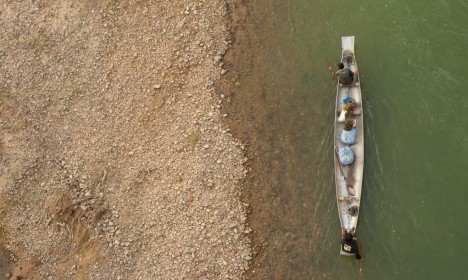 While it may sound at first like an uplifting story of turning swords into ploughshares, there is a dark side to this tale. To this day, over 100 people die annually from accidental detonations, either from bombs still loose in the countryside or in attempts to deactivate or convert found ordnance.

Non-profit organizations working to clear the country of this danger estimate it may yet take another century to complete the cleanup process (via Inhabitat and Mark Watson of Highlux Photography).