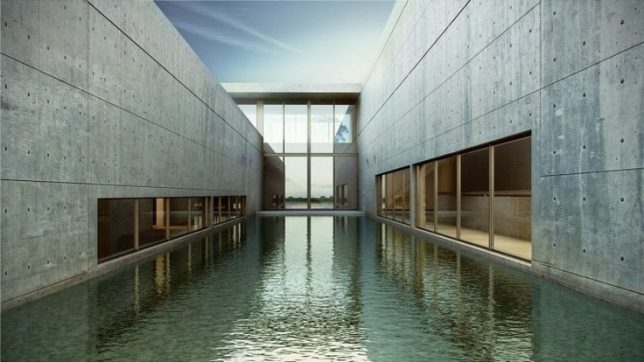 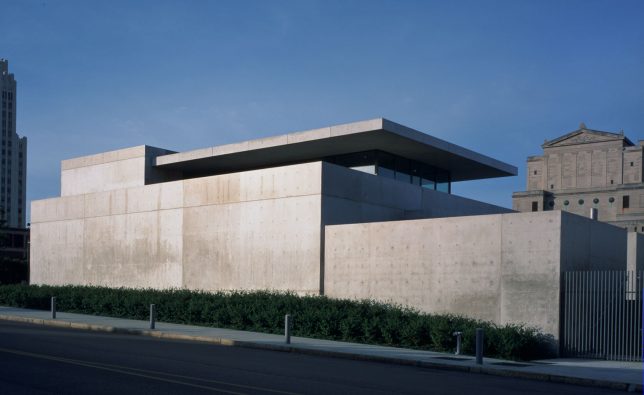 Ando’s first freestanding public building in the United States, the Pulitzer Arts Foundation holds much of the private art collection of the famous philanthropist family as well as traveling exhibitions. The concrete for the structure was poured into place over the four-year construction period, which used techniques and processes that were unfamiliar to American builders at the time. Serene and simple, it also makes use of Ando’s favored reflecting pools as an integral architectural element. 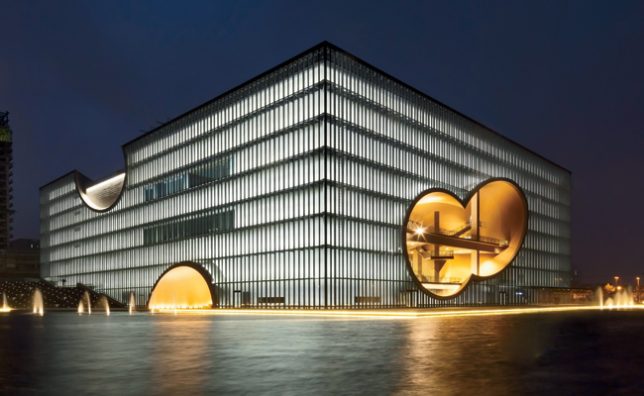 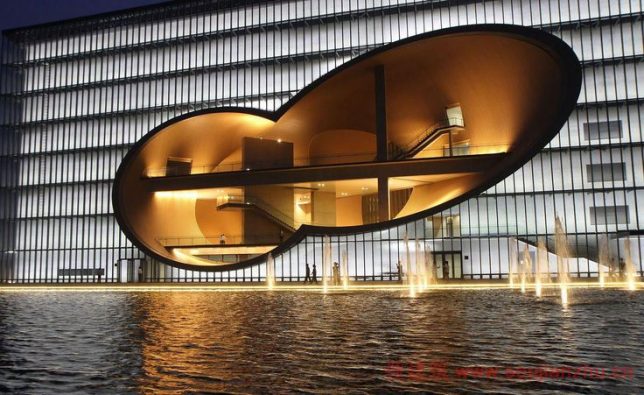 Tunnels carve through a concrete and glass box, adding an unexpected visual element to the Poly Grand Theater. An artificial lake on two sides of the building help cement its place as a Shanghai landmark, reflecting the oddly-shaped openings of the five ‘tubes’ that pierce the 602,000-square-foot building at odd angles to create a dynamic interior. Though the building bears an ordinary and even boring shape on the outside, its true shape is cylindrical, as if an explosion of internal creativity is concealed until you gain access to the interior. 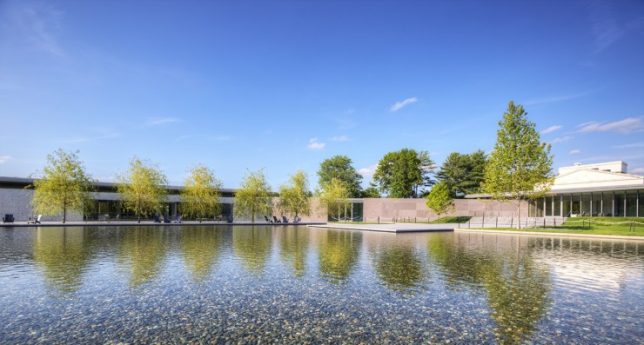 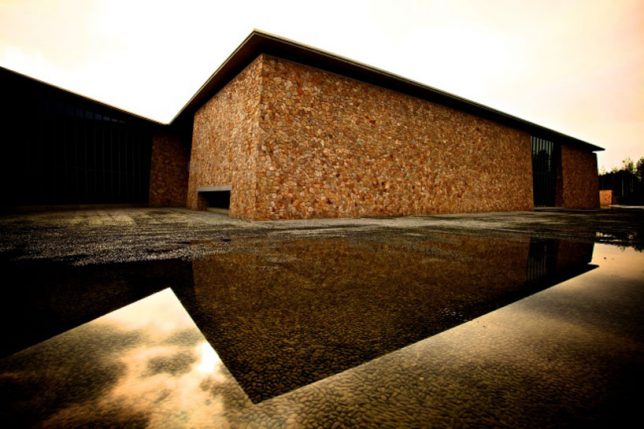 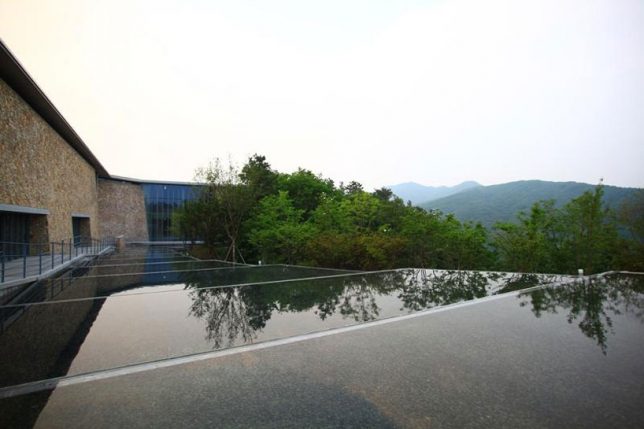 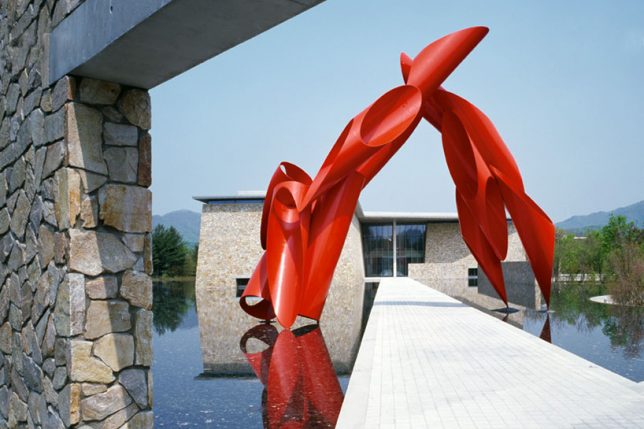 Positioned atop a mountain and bordering a forest preserve, the Hansol Museum in Gangwon Province aims to unite nature and art, offering a serene setting for the collection of Korean paper magnate Lee In-Hee. A number of monumental sculptures are set right into the reflecting ponds, lending a floating effect to pieces like Alexander Liberman’s dramatic red ‘Archway.’ The water is balanced by the forests as well as a stone garden mimicking ‘silla tombs’ found in Korea’s southern Gyeongju Province. Watery shapes are cast all over the limestone and concrete interior spaces. 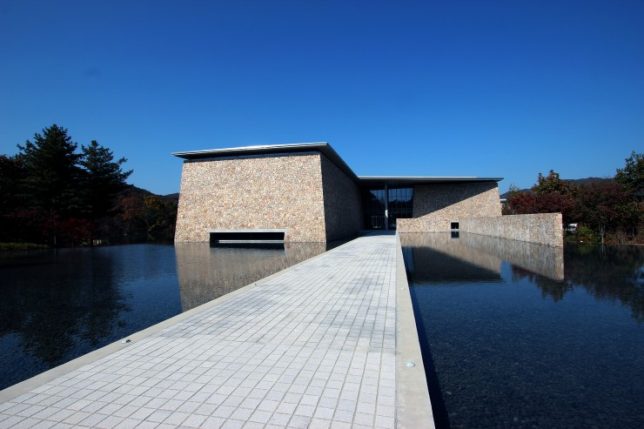 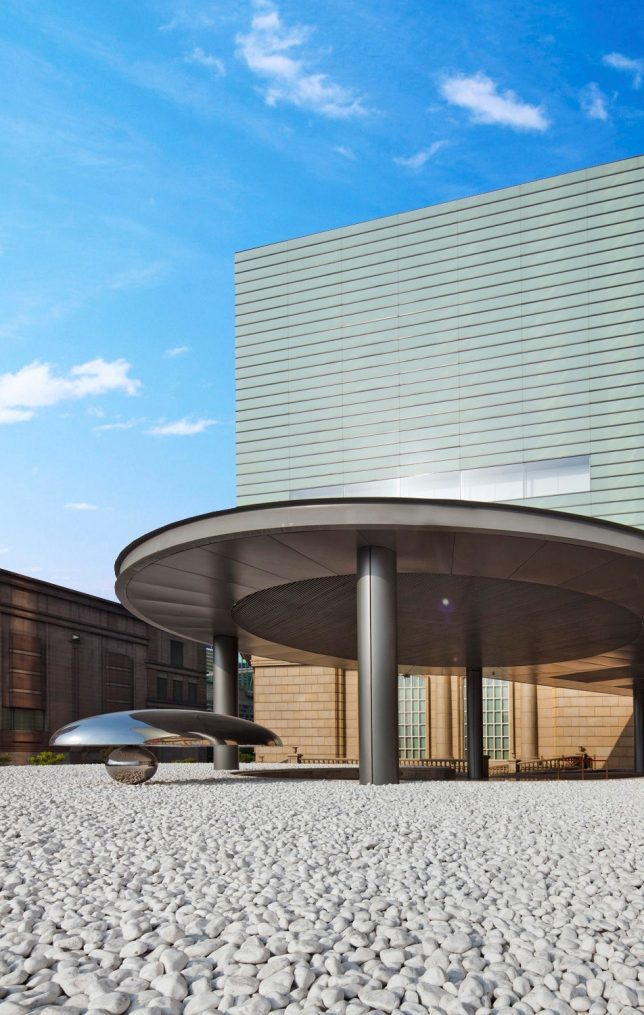 Yet another private art collection is showcased within the six-story Aurora Museum in Shanghai, with Tadao Ando adding a modern section to a renovated historical building holding ancient Chinese treasures and artifacts. Featuring a glass curtain wall with clean and simple geometric lines, the addition utilizes reflecting pools as a transition between old and new. Ando’s section hosts exhibitions of more contemporary works of art. 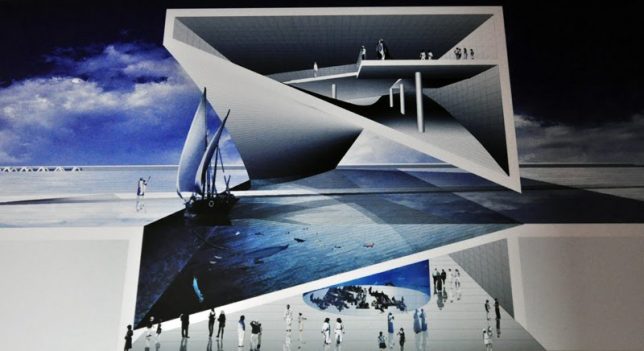 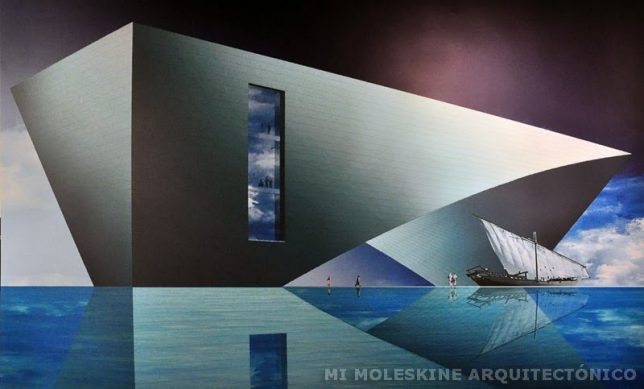 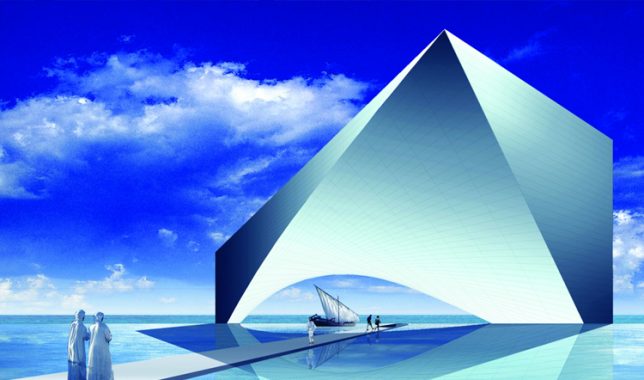 Planned but not yet completed, the Maritime Museum ultimately aims to highlight the vital role of the Arabian Gulf in the daily life of people living in the United Arab Emirates. Sharp and geometric, the all-white structure looks like a series of sails rising from the surface of the vast water court in which it stands. Says Ando, “The sculptural building floats upon a plane of water and frames the magnificent seascape along the Saadiyat Island coast. Inside, the building contains a dynamic space that evokes the underside of a boat.”