Architectural drawings have long used geometrical tricks to convey scale, depth, distance and other three-dimensional aspects of realities on two-dimensional surfaces. In a two-vanishing-point drawing, the artist aligns their ruler with a point on one side or the other and draws a line along the edge (or employs another modular straight-edging tool).

The same came be accomplished much more quickly, however, using this simple technique: pin a flexible string to both points along the horizon line and slide a hook along the center. The results will naturally be a bit less than precisely linear, but for many architectural artists a wavy line is typical or even desired (it gives the piece a less rigorously complete look). 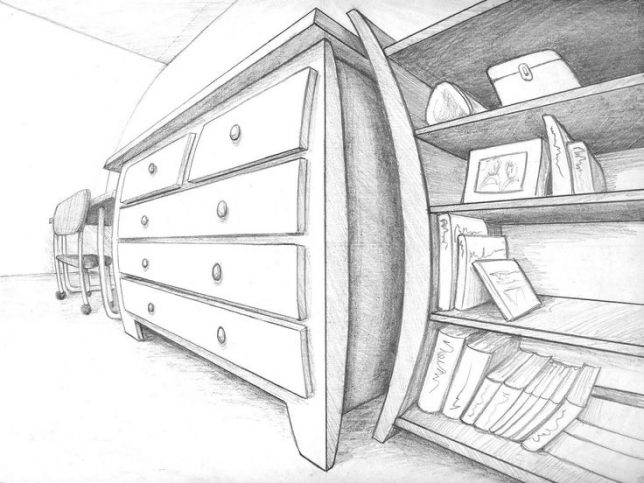 Of course, it will only work for a traditional two-point perspective – in cases where the artist wants to include a third vanishing point (for instance, to emphasize verticals in looking up at a skyscraper or create a fish-eye effect) a straight-edge is still required. That, or a free-handed approach based on a picture, presumably the basis of the drawing above.