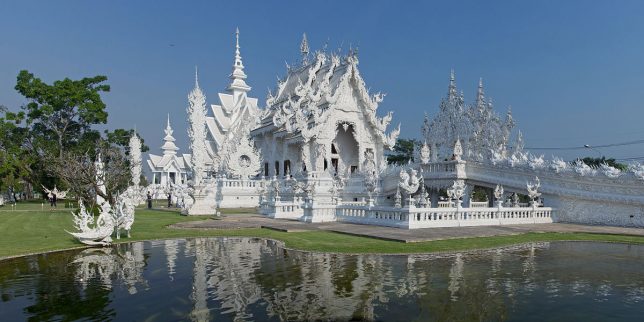 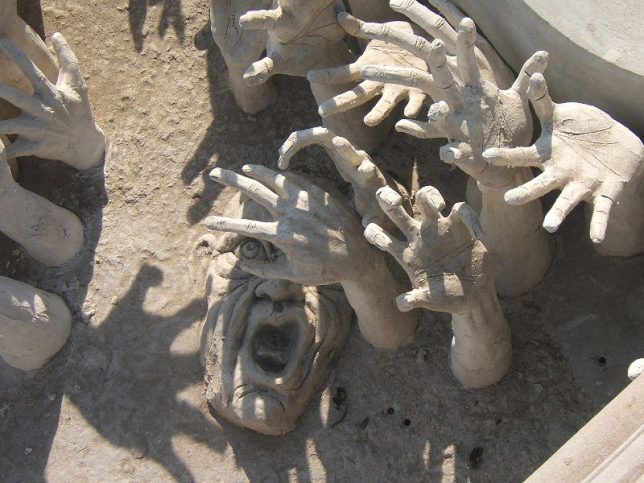 On the surface, nothing but its unusually pallid hue gives any hint that the Way Kong Khun temple in Chiang Rai, Thailand is much different than any similar temple throughout the nation. But get closer and you’ll start to see the sci-fi influences claimed by architect Chalermchai Kositpipat, who designed the structure in 1997 after watching a bunch of movies. Sure, there are some traditional elements, like peaceful Buddhas, but go a little deeper and you’ll find murals of Neo from the Matrix, Matman, Superman and Predator as well as a horrifying scene depicting the cataclysmic destruction of the earth. Check out lots more details here.

The Ukrainian Institute of Scientific and Technological Research and Development 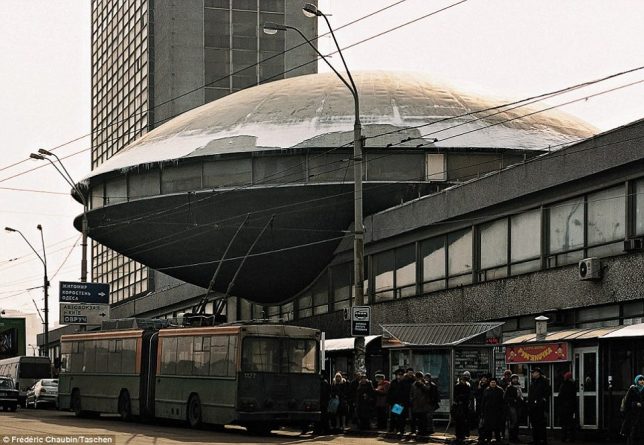 Just one of many sci-fi-inspired structures built by the Soviets, the Ukrainian Institute of Scientific and Technological Research and Development is essentially a flying saucer perched on the edge of an ordinary 1970s building. 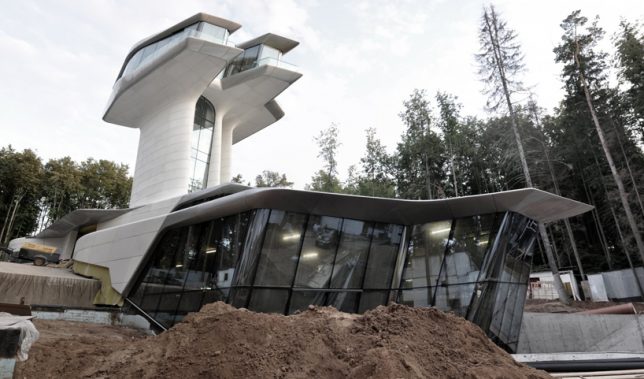 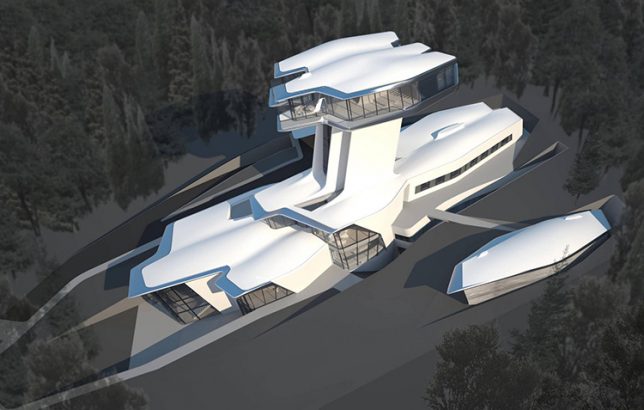 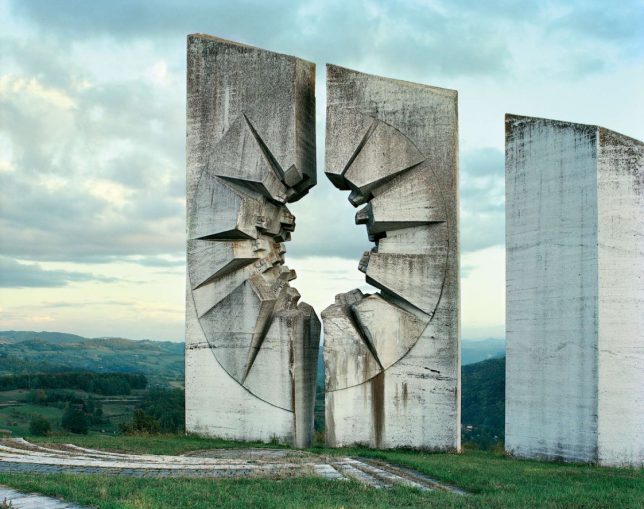 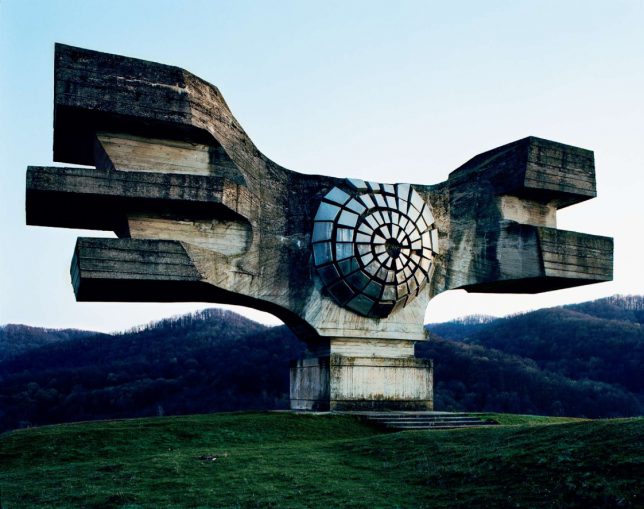 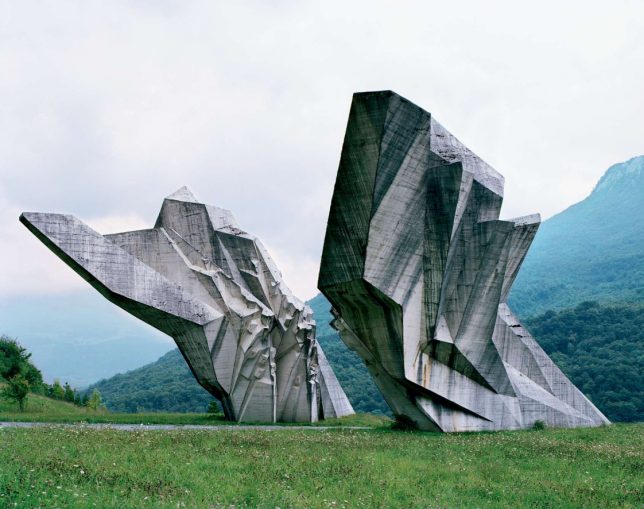 Surely, these monuments scattered throughout the former Yugoslavia are among the coolest and weirdest structures humans have ever built. Commemorating World War II battle sites as well as the locations of concentration camps, the memorials were erected in the ‘60s and ‘70s, and upkeep stopped when Yugoslavia dissolved, leaving them to discolor and fall apart.