The Denver International Airport has long been a hub of conspiracy theories, a number of which seem to be confirmed by signs put up by the DIA on walls blocking off areas under renovation. 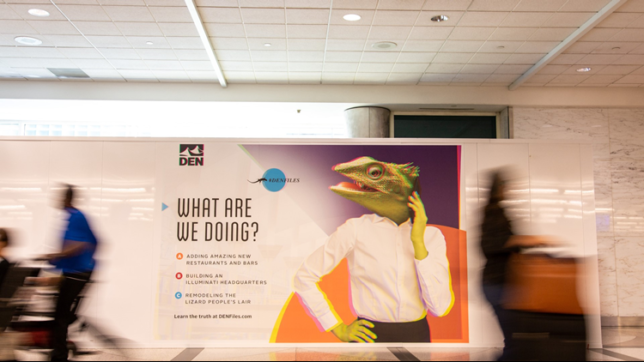 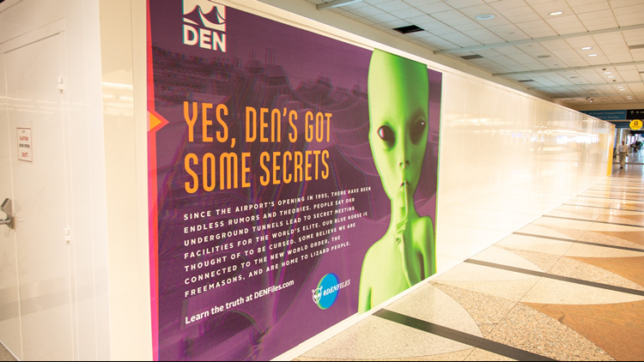 Some theories hold that the DIA is the home base of the Illuminati, New World Order or Reptoids, citing everything from the layout of the airport and its runways to various bizarre murals, sculptures and engravings (argued to be secret codes or alien messages). 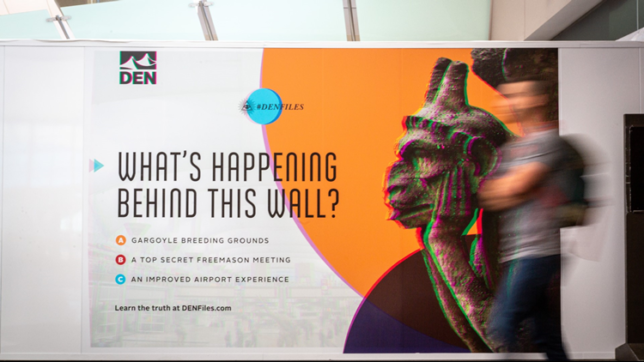 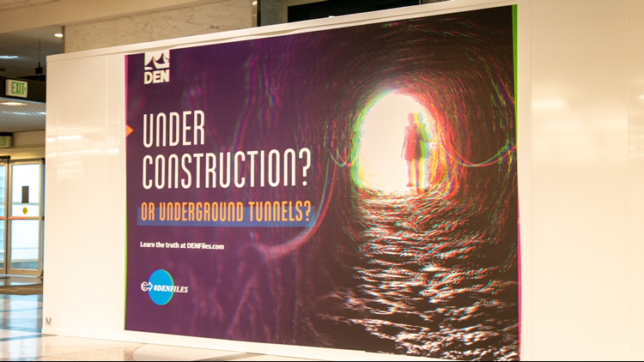 There have also been questions about extensive excavations of areas that seem to serve no obvious purpose, not to mention an array of really disturbing artworks (from militaristic paintings to giant glowing-eyed horse). 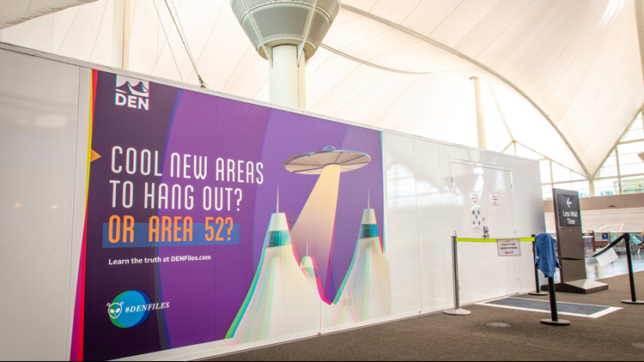 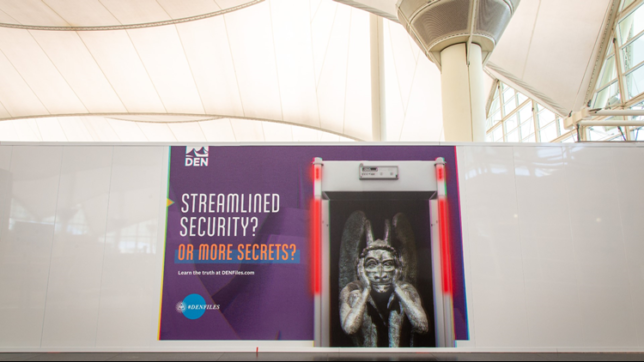 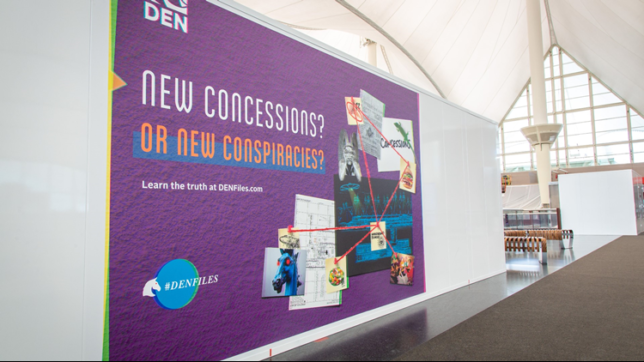 Tapping into this legacy, new marketing billboards reference lizard people, alien overlords, UFO sightings and other occult and extraterrestrial phenomena — maybe (OK: absolutely) this means the conspiracies are a fun joke, but of course, some will think they’re just hiding in plane sight.