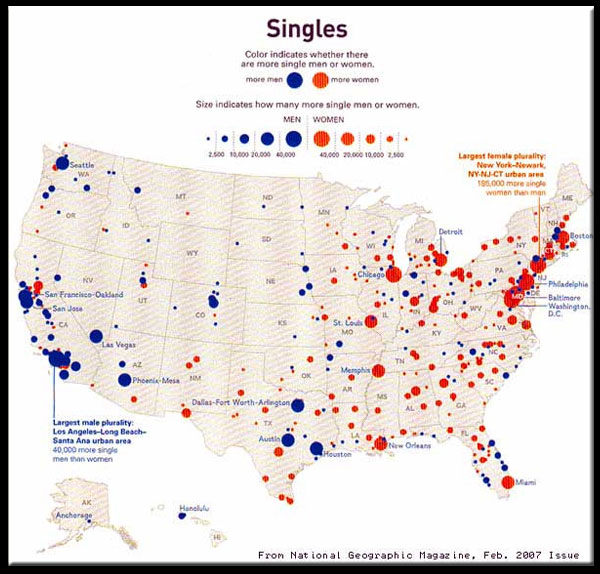 Perhaps it comes as no big surprise that the West Coast has way more single men and the East Coast has more single women by far. There is, after all, a reason why Sex in the City is based in New York and why Seattle has a reputation for being full of web geeks. Still, it is interesting to note that there is apparently no correlation to political orientation. In fact, the East/West distribution of women/men runs contrary to the North/South distrobution of political party affiliation. 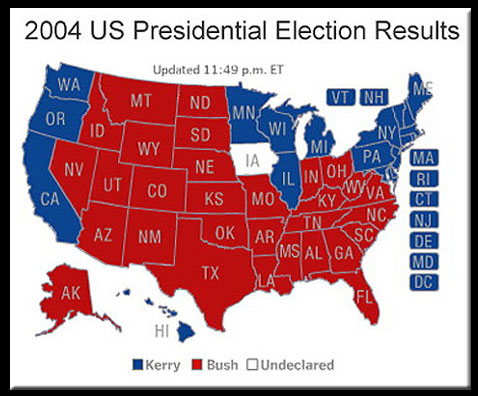