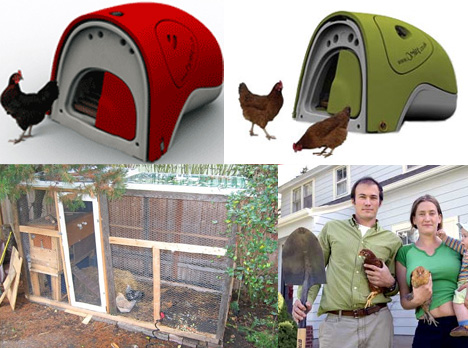 While you’re unlikely to see El Chupacabra, the Jersey Devil or the Windigo in real life, you might be surprised by what animals are increasingly lurking in cities. Monkeys seem to be slowly taking over New Delhi, Coyotes have been found in suburbs and even on trains, and there has been a great deal of recent attention to controversies over urban chickens as pets in custom tents.

In New Delhi, rhesus monkeys roam the streets in droves searching for food. They scale trees, fences and even buildings, climb on the subways and sneak into homes, offices an even police stations. The problem has gotten so bad the city has even trained large black-faced langur apes to scare off the smaller monkeys from approaching government buildings. 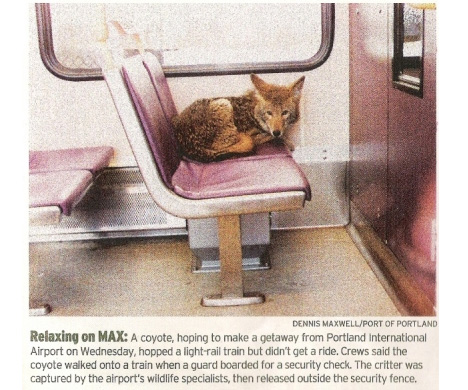 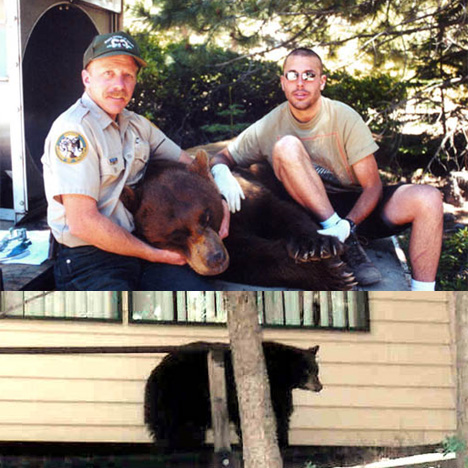 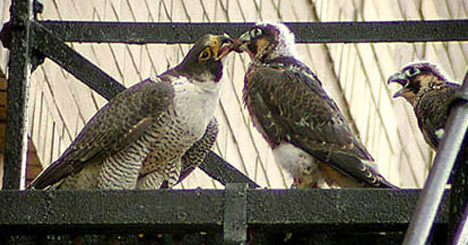 Coyotes, black bears and peregrine falcons have also been known to set up shop in cities. Bears love dumpster diving, and it sometimes takes as much as rubber bullets and pepper spray to shoo them for good. Coyotes are clever and adaptable and, like raccoons, can often be found lazily patrolling cities and suburbs. Falcons have been found roosting in the skyscrapers of New York, and have been known to scare pedestrians while swooping to catch prey at speeds of up to 200 miles per hour.

The above video depicts some of the bravest raccoons you’ll ever see. They unabashedly chow down on a dog’s food while filmed by an equally brave camera-person at extremely close range. For more interesting (albeit unreal) images of animals in cities, check out this Photoshop contest.