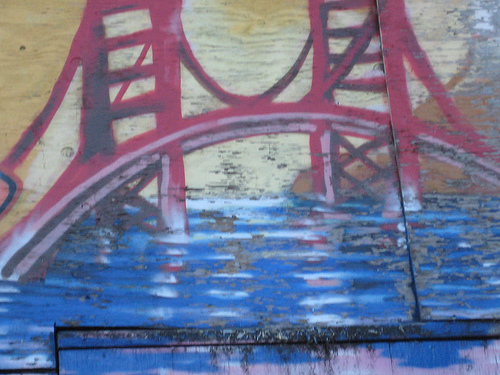 San Francisco has a rich history and culture that spans a diverse set of groups time periods. Today, San Francisco is known to be one of the most welcoming and liberal cities in the world. Some of the history behind this truth is sketched on the walls of the city. This history is at times dark and at others celebratory. From gay rights to peace movements to gold old fashioned capitalism, the art of this city paints a picture in vivid colors. Today I will explore a taste of this history that I found while searching the streets of San Francisco for the urban art worthy of a guest article on WebUrbanist. To start things out, the Chinese American Contribution to the Transcontinental Railway is painted on the wall of San Francisco’s China-town (in paved school playground): 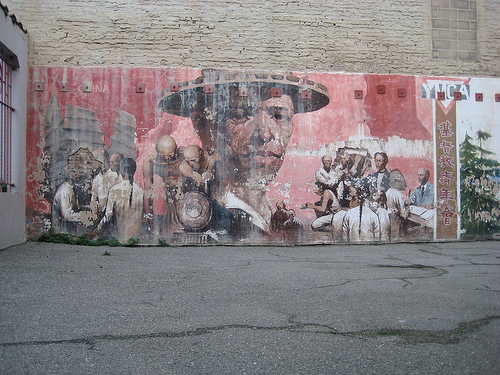 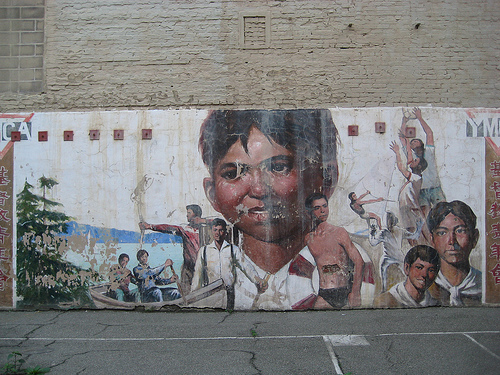 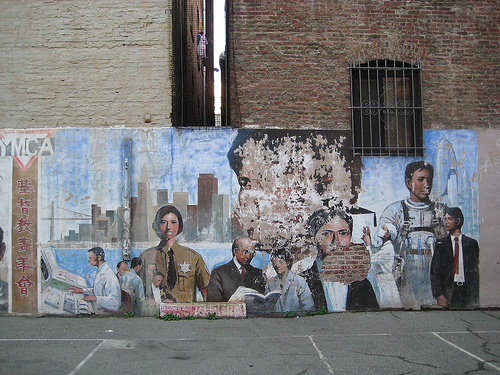 All of these were commissioned by the YMCA in San Francisco:

This Mural depicts the history of the railway also, by a different artist Amy Nedler: 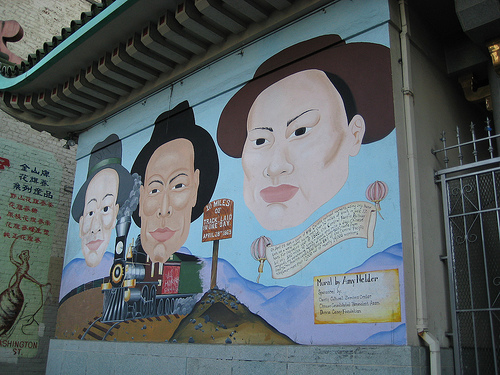 Some urban art has no historical message whatsoever on the surface, but when one digs deeper of course this can change. This mural above the Willie “woo woo” Wong Playground depicts a story about this famous Chinese American athlete, or does it? In this case I cannot really tell. 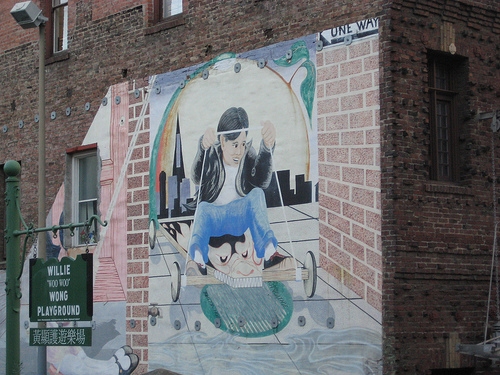 San Francisco has a history of diversity that is captured by these two beautiful murals I found hiding behind some trash cans: 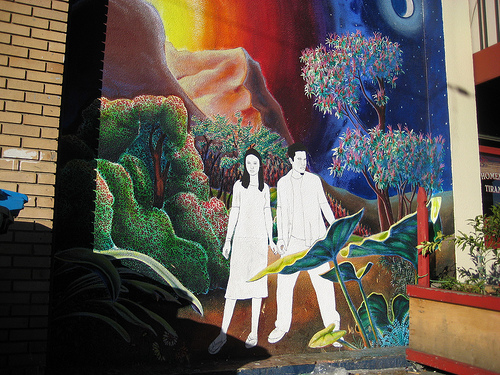 To me these murals speak to the rich history of San Francisco as a city that embraces those who are different. 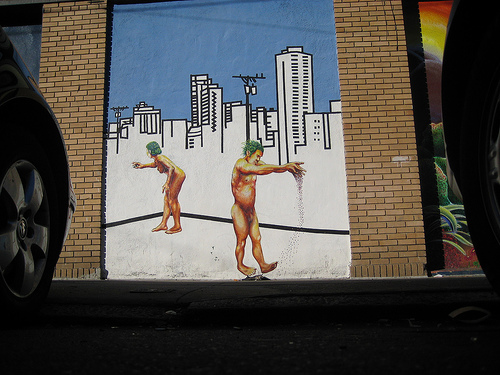 Another side of urban art is art that is commissioned for local businesses some this is not obviously commercial; in San Francisco there are some really cool murals created to promote local cafes such as Vusivo. 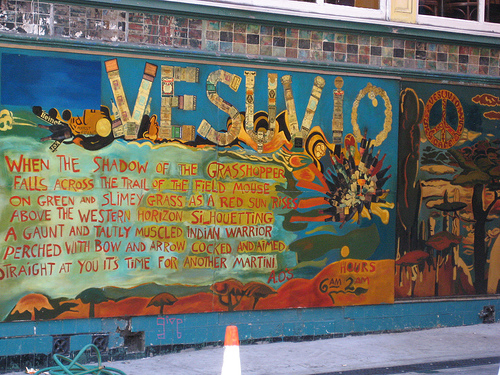 This Billboard caught my eye, as appropriate to the San Fran “feel” it was obviously “drawn” first before it was printed. 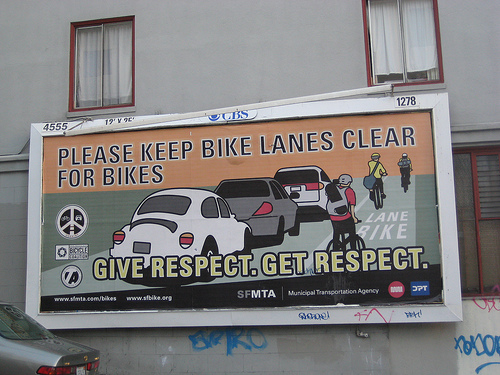 And finally here it is, your moment of Zen: 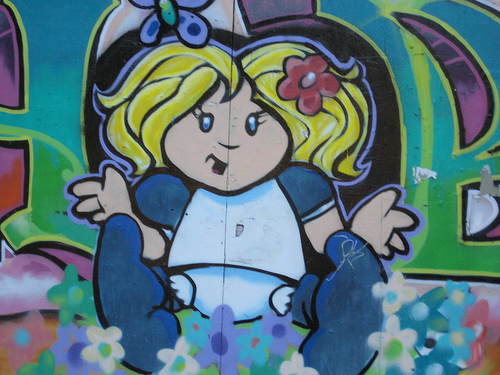 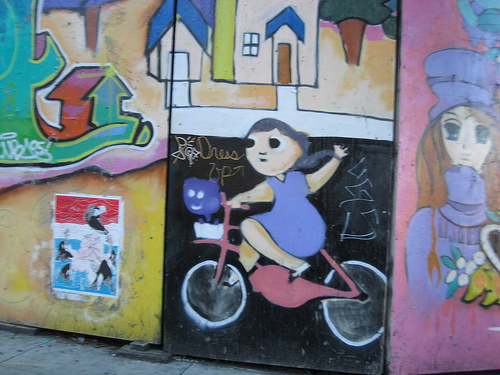 Brian Piepgrass works for Kango.com and normally can be found blogging over on the Kango Blog. Interested in writing for WebUrbanist or have an interesting article, image or link you’d like to share with us? Click here to submit content! Reader submissions, commentary and other contributions are what make WebUrbanist work so thank you all for participating.