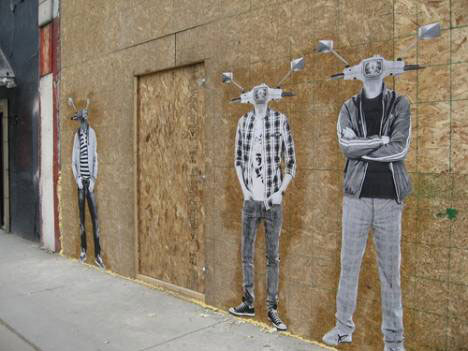 Not too long ago, walking along a city sidewalk would yield plenty of unique experiences in guerrilla art. Tags left by taggers who climbed into precarious positions, impromptu murals on the sides of buildings, and bizarre urban art installations were all a part of city life that some people admired and others considered a scourge.

Advertisements were clearly delineated, different and separate from art. They were easily recognizable as advertisements and no one expected them to be anything else. 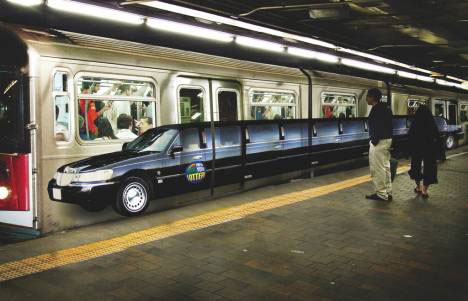 So what’s the difference between guerrilla art and guerrilla advertisement? How can you differentiate when the lines between the two are blurred as they are? 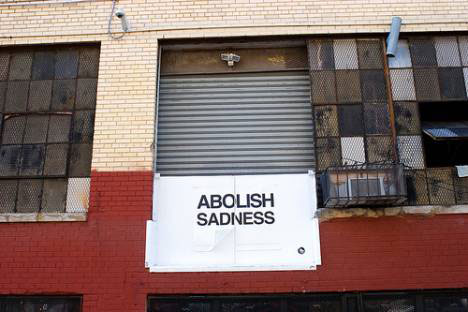 You might think that the distinction between the two would be obvious. After all, the goal of advertising is to sell you something, while the goal of art is less easy to define. Guerrilla art states a political message, subverts a common belief, exists simply for the pleasure of the beholder, or any number of other reasons.

So telling the difference between art and advertisement should be easy. But what about advertisements that are truly beautiful? What about the street artists who are paid to use their art to advertise a product? Is that still advertising, or can it also be art? Street art that isn’t commissioned and for which the artist hasn’t received permission may very well be a masterpiece, but in the eyes of the law it is a criminal offense. 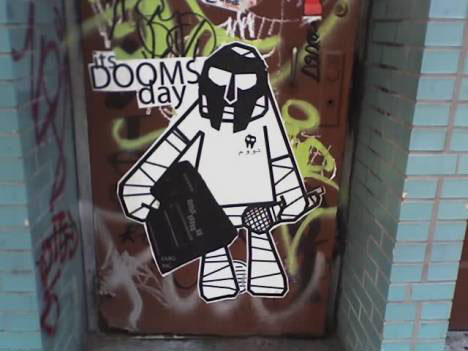 The line is blurred even further when you take into account the litany of corporate logos and slogans invading our space at every turn. They may be advertisements, but at what point do they become graffiti? They seem to fit some people’s definitions of visual litter: they are bright, they are ever-present, they are distracting and invasive.

Besides the sheer number of advertisements all around us, many companies have figured out that the corporate penalties for unlicensed guerrilla advertisements are rarely enforced. When they are enforced, the fines are usually so small that they cost much less than the permits would have. Because of this, unlicensed guerrilla ads have been on the rise in recent years.

So if guerrilla artists can get paid to put up graffiti, and if corporations can put up ads without paying, where does guerrilla art stop and guerrilla advertising begin?

Maybe the most confusing part of this debate is the street artists who have gained popularity, acceptance, and even fame for their urban art. Artists like Banksy and Neckface, once considered criminals, now enjoy successful careers as artists. Shephard Fairey, creator of Obey, and artist collective Faile have gained commercial success as designers and are now living the dream of making a living from their art. Yet they continue to post urban art, often without permits or permission. You might say that these artists are engaging in guerrilla advertising since their street art now promotes their commercial art. 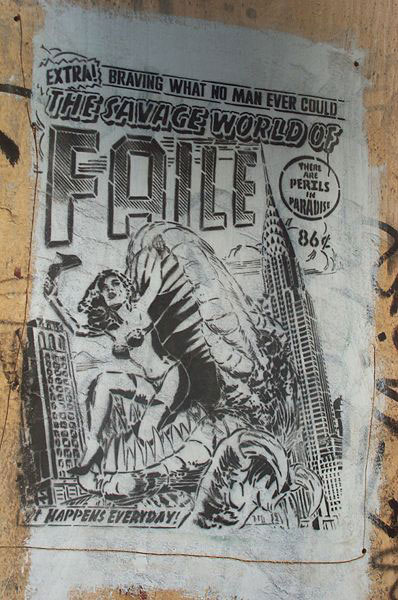 Some groups are majorly unhappy about street space and urban art being co-opted by corporations who are almost never subjected to the same punishments as individual artists. The Anti-Advertising Agency, along with Graffiti Research Lab, recently carried out a brilliant campaign calling attention to the advertising infestation in NYC. The AAA and GRL want city dwellers to be aware that, while graffiti artists go to jail every day for tagging or stenciling, corporations get away with large-scale illegal guerrilla marketing stunts, as well as legal campaigns that are simply visually overwhelming. 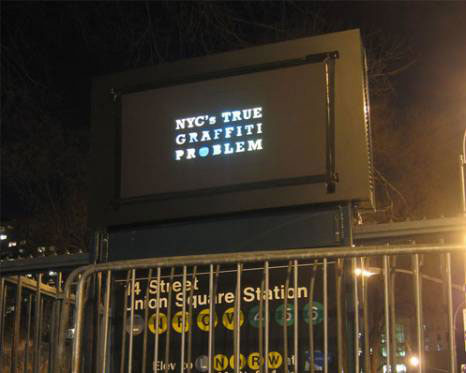 Has the life been sucked out of urban art by too many advertisements? Have corporations been stealing from artists and using their trailblazing ideas and techniques to promote their own commercial interests?

Look closely. We think that the constant battle between advertisements and art has given birth to an entirely new urban environment. In today’s cities, corporations do their best to use whatever tricks they can to get our attention. Artists do their best to promote their own ideals, whether those be freedom of expression, the right to display their art, reclaiming the urban landscape, culture jamming, subvertising, or simply creating something beautiful and meaningful. When the two collide, a fascinating new breed of urban landscape results. 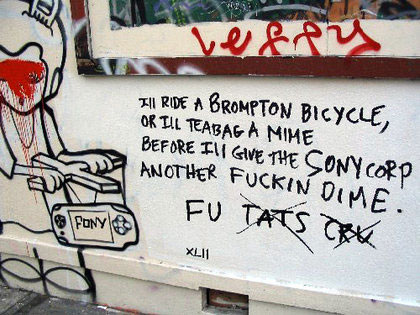 The urban environment now includes advertisements with cleverly worded additions from street artists alongside brilliant urban art. Ads created by respected street artists share space with the typically polished ads from professional advertisers. The overall picture is surreal, blending art with commerce and involving a significant overlap of the two.

The rules change daily in business and in art, and as such it is becoming increasingly difficult to consistently tell the difference between them. Many times, we find ourselves missing the commercial message on a beautiful ad or looking for the product placement in a piece of striking art. Will the already-faint lines between the two one day become completely transparent? Only time will tell.