Telltale signs of snowflake-ization are all around if one knows where to look but these 10 “Beware Of” signs prove we really are living in a world of hurt. 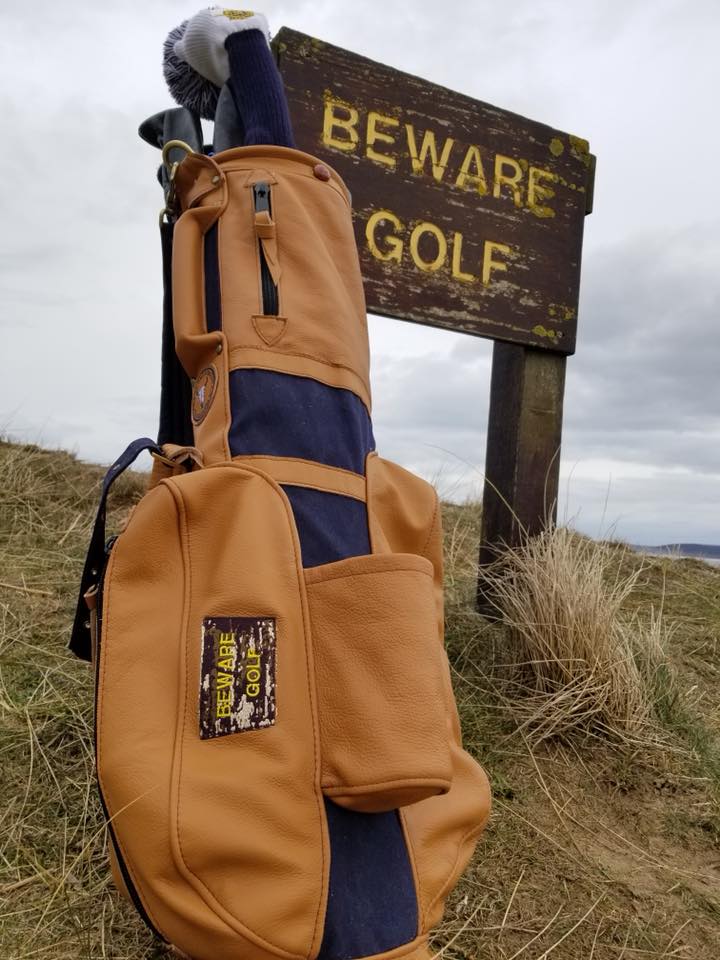 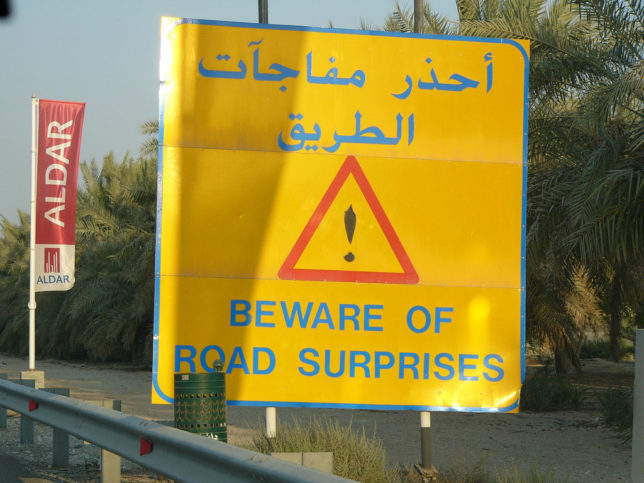 When driving in the UAE, one must expect the unexpected… if you don’t believe us, just read the sign. Flickr member Jerry “Woody” (woody1778a) snapped the er, surprisingly ambiguous sign while on a 2006 road trip through the Emirates. 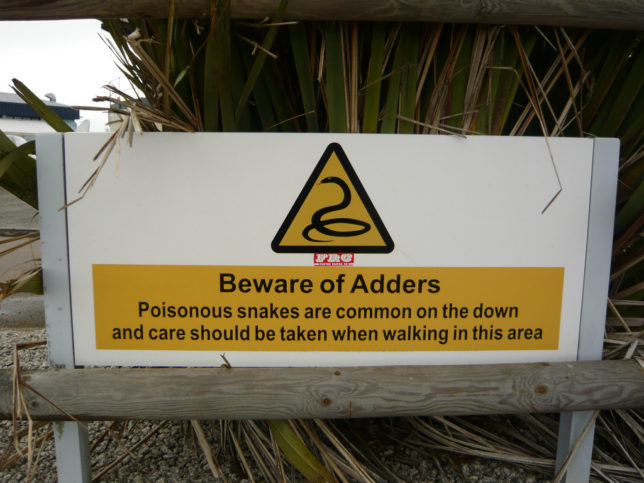 I was told there would be no math… oh, you mean snakes. That’s umm, NOT better, right Indy? In April of 2009, Flickr member WordRidden was moved to photograph the above warning sign in Goonhilly Downs, which just happens to be located on the UK’s most southerly point of land… The Lizard. Aha, now it’s all adding up. 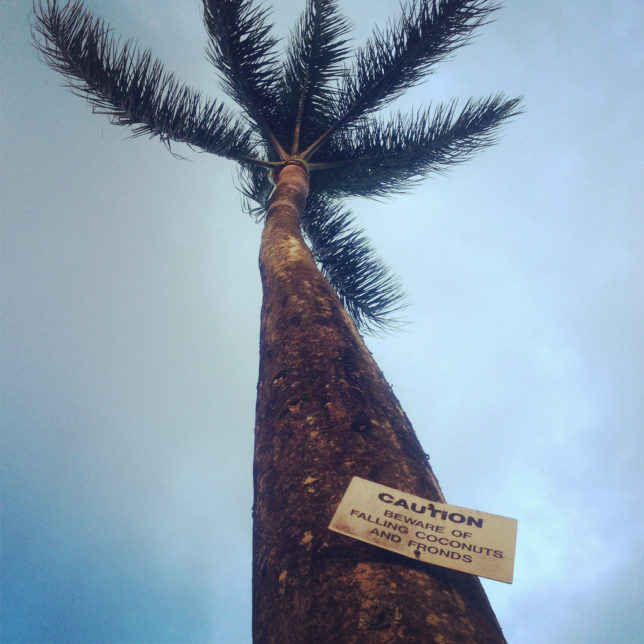 Don’t stand, don’t stand, don’t stand so close to tree. Just imagine: if Isaac Newton had lived in Hawaii instead of England there would be no gravity today, and therefore, no need for this warning sign. Seriously though, getting conked on your coconut BY a coconut is no laughing matter. Physics can’t be reckoned with, no matter how many palms you grease. Flickr member anokarina snapped this ominously armed & fabulous tree early in 2013.

Panic at the Disc, Oh! 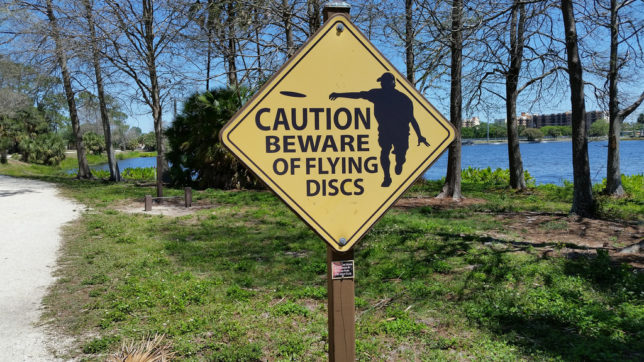 Alien abduction just ahead, hold onto your butts! Flickr member Michel Curi chanced upon this odd – some might say “otherworldly” – warning sign from Largo, Florida in the spring of 2017. Now he spends his days constructing miniature replicas of Devil’s Tower out of mashed potatoes while muttering “This means something. This is important.”