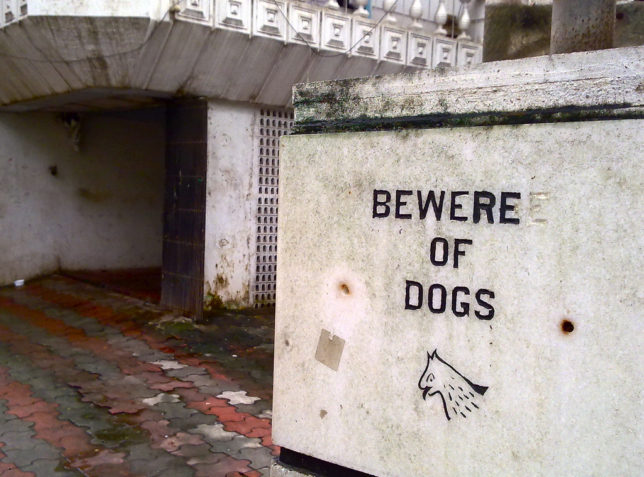 “The dogs come in all shapes and sizes here,” states Flickr member Satish Krishnamurthy (Unlisted Sightings), with “here” presumably being his hometown of Mumbai, India. Wait, that’s supposed to be a dog?? Looks more like Cecil the Seasick Sea Serpent after a long night of partying with Dishonest John. Whatever it is, it’s something anybody should “bewere” of. 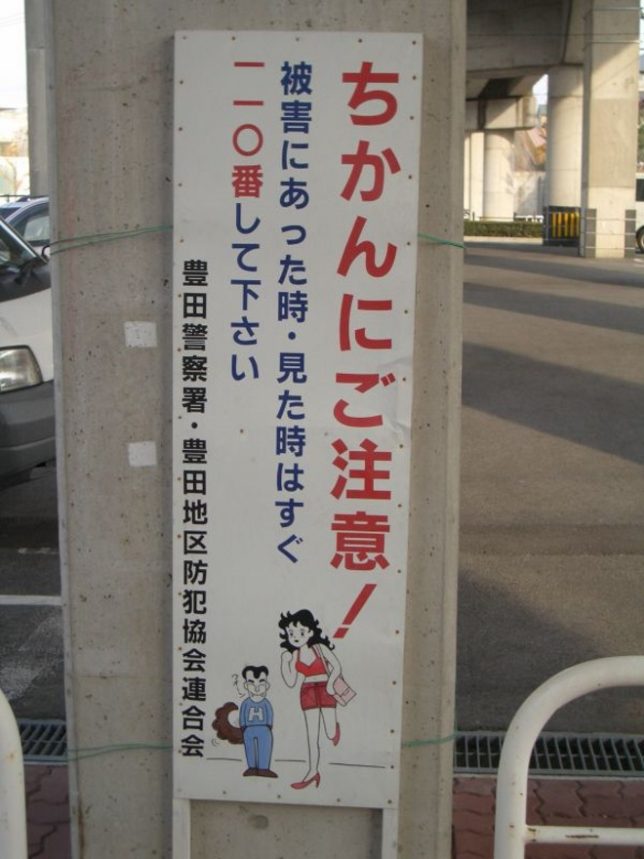 You know Japan has a problem with creepers when authorities have to put up “Beware of Perverts” signs… with bonus cartoon imagery, of course. The disturbingly cute advisory, snapped by Flickr member Toby Oxborrow (Mr Wabu) in late 2005, warns the public that “If something happens, if you see something, phone the police straight away.” There’s always a chance the responding officer is also a chikan, however. Now who ya gonna call? 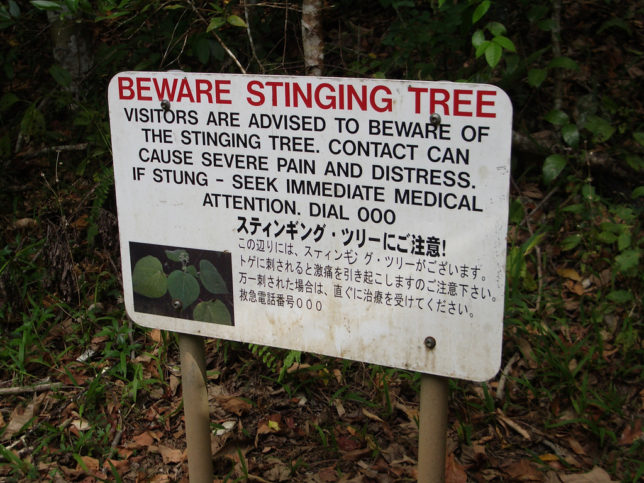 Hail fair Australia: land of deathly venomous animals, sea creatures and… plants? Indeed, the dreaded Gympie-Gympie bush (aka Dendrocnide moroides, also aka the “suicide plant”) is kinda like poison ivy on steroids – Australian steroids at that. Rumor has it one poor bushwhacker who unknowingly used some of its leaves as Outback toilet paper ended up taking his own life as a result. So basically, when in Australia take any and all warning signs seriously, and take an extra roll of Charmin along because consequences will never be the same. Flickr member shotleyshort snapped this bilingual illustrated sign in 2005. 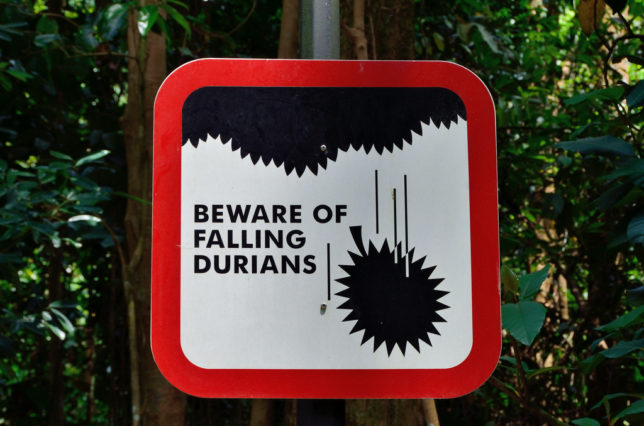 Unlike the Gympie-Gympie bush, durian fruit only SMELL deadly… hold on, we stand corrected: seems these jumbo fruits with thorn-covered rinds can cause grievous injuries before they’re even opened. Which is fine, in a way, since you won’t notice any offensive odors after both the fruit and your skull are shattered. Should you see a sign like the one Flickr member Tristan Schmurr (kewl) photographed in Singapore back in 2012, run and hide… just not under a palm tree. 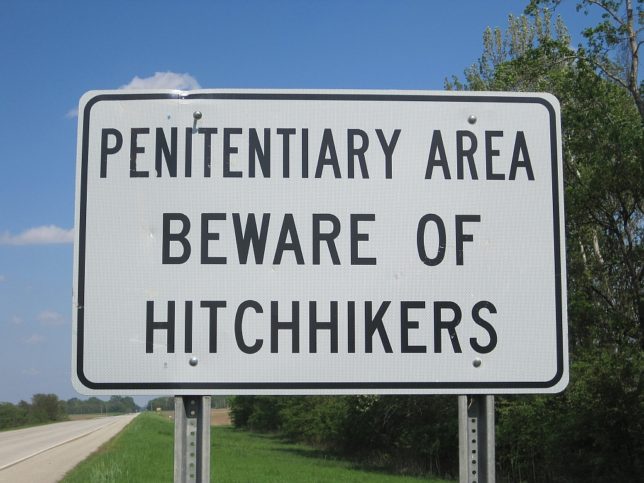 Better give the thumb’s-down to anyone looking for a lift near Brickeys, Arkansas… home of the East Arkansas Regional Unit and its roughly 1,400 non-paying, orange-jumpsuited “guests”. Thomas R Machnitzki snapped the plain-talking, plain-jane placard in April of 2012. As the sign indicates, hitchhikers in the rear-view mirror may be closer to prisoners than they appear. Put the pedal to the metal before THEY get closer to YOU. 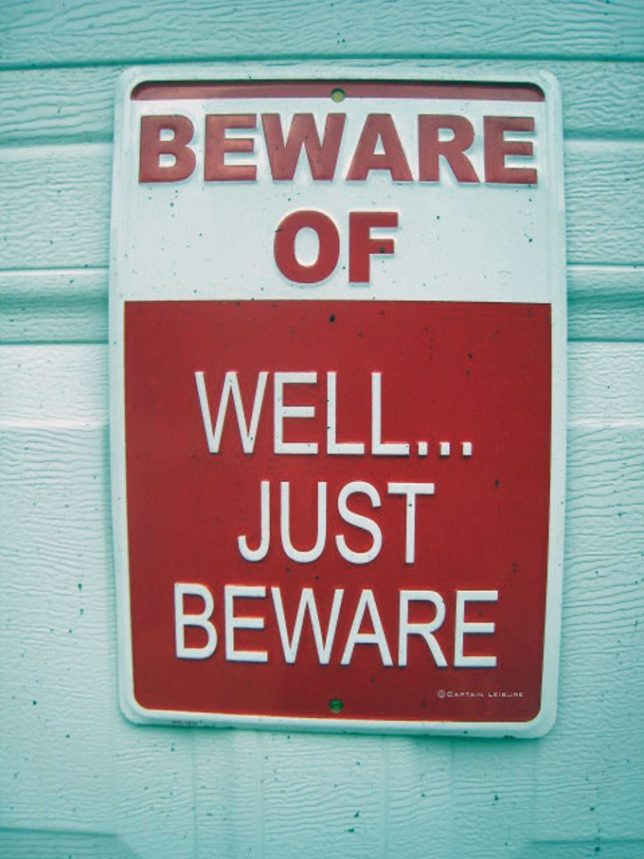 The great sage and eminent cartoon character Homer Simpson once said, “Stop. Doing. Anything.“ Unfortunately, he came to this realization AFTER breaking the sun. Still, it’s a wise policy whether one’s out on the road or roaming close to home. To beware or not to be aware, let the signs be your guide.