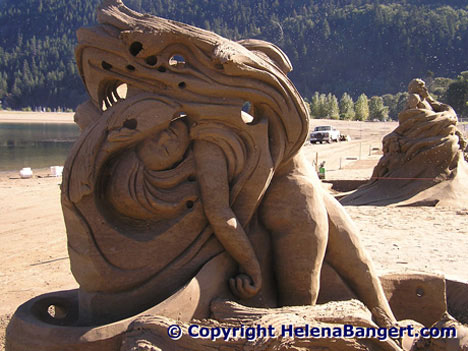 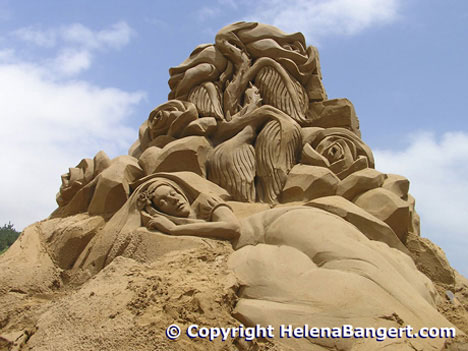 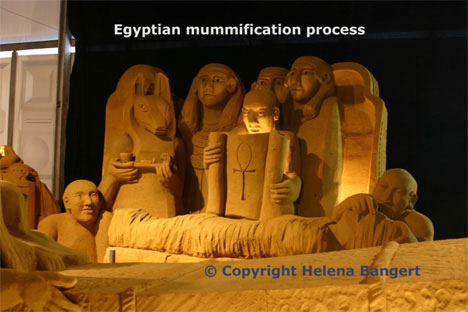 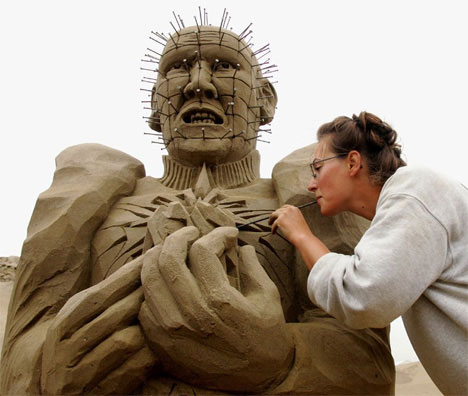 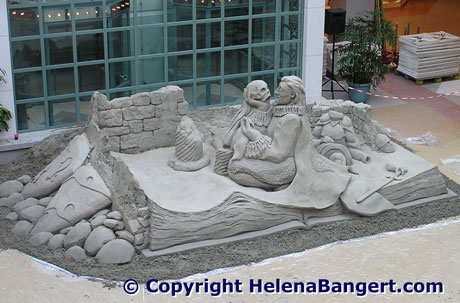 Latvian artist Helena Bangert‘s sand sculptures fall a bit outside the norm – they’re more avant garde than your typical castles, though they still occasionally feature subjects like Pinhead from the “Hellraiser” movies. Helena studied at the Rietveld Art Academy in Amsterdam and first thought of using sand as a medium when she was invited to create a sculpture for an exhibition at a retirement home for elderly seamen located in a small Dutch coastal village. 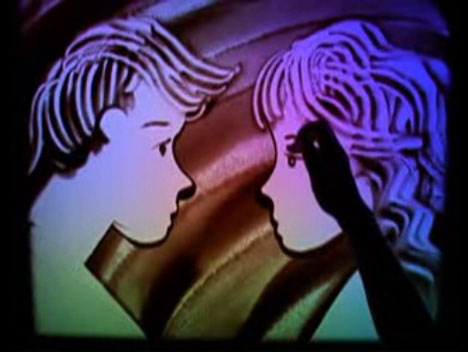 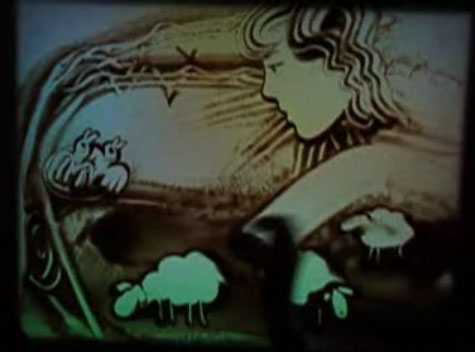 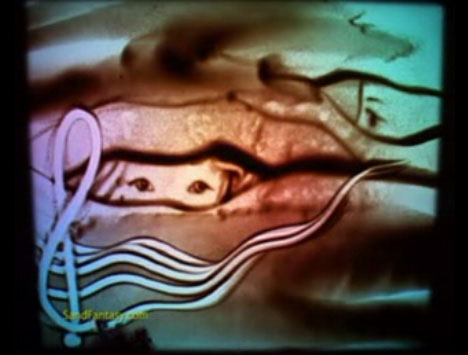 Ilana Yahav‘s sand art differs dramatically from that of most artists who work in this medium. She uses nothing but her fingers to “draw” in sand, creating performance art by weaving together the movements of her hands, the sand falling, lights and music. As Ilana works, a story unfolds with every-changing visuals. 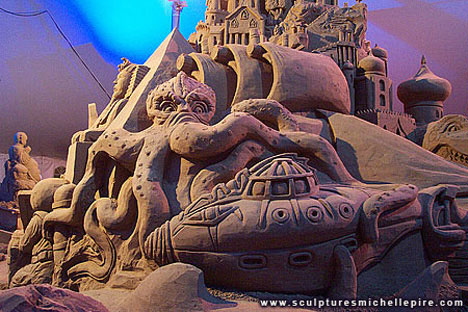 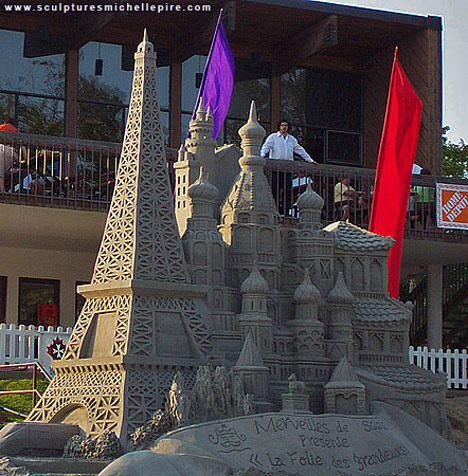 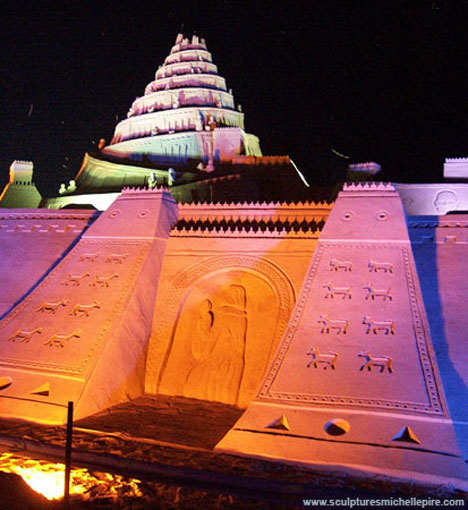 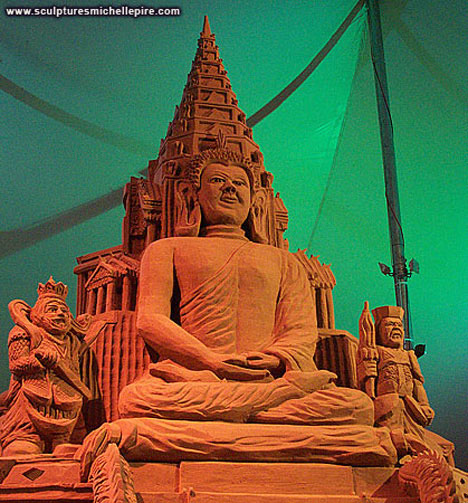 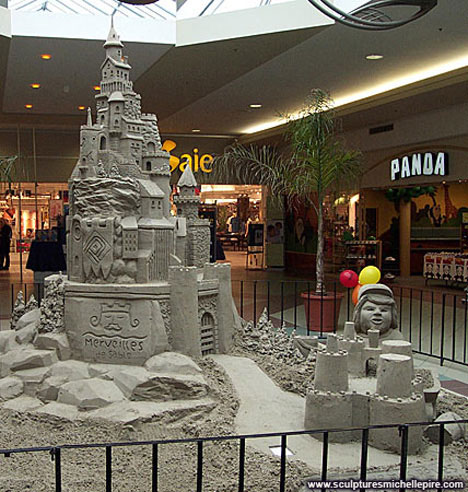 Quebec sculptor Michel Lepire has been working in sand since 1996, and is the organizer of one of the most prestigious sand sculpting competitions in the world, Les Internationaux de sculpture sur sable de Qubec, held every August in Quebec City. 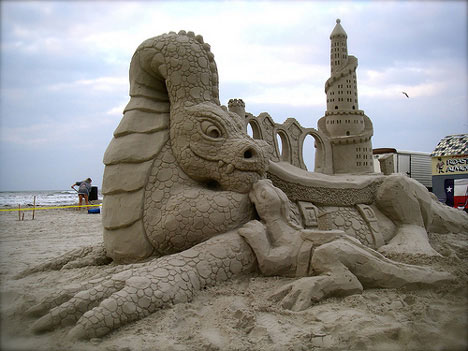 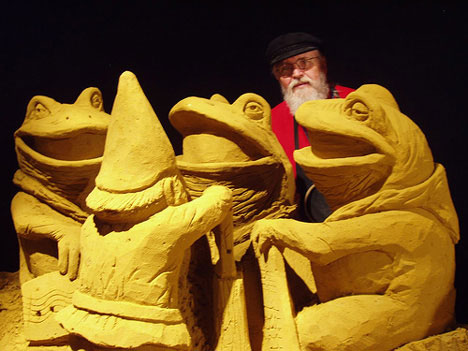 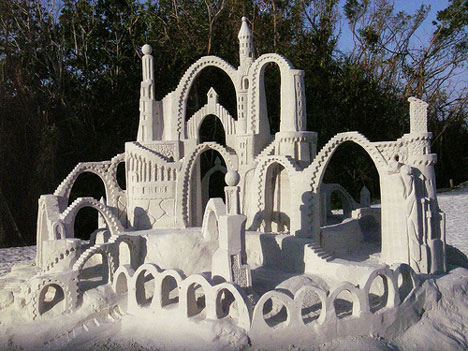 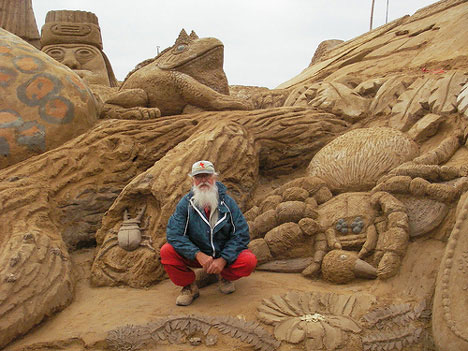 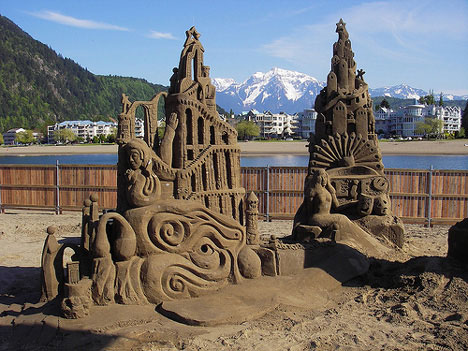 Since his beginnings casually playing in the sand in South Padre Island, Texas in the early 80s, the man who calls himself Amazin Walter has come far. He has created hundreds of sandcastles in 6 countries and 13 states. His work has been featured on Oprah and in a Best Buy commercial. Renaissance man Amazin Walter is also a photographer, jeweler, clown, magician and musician. 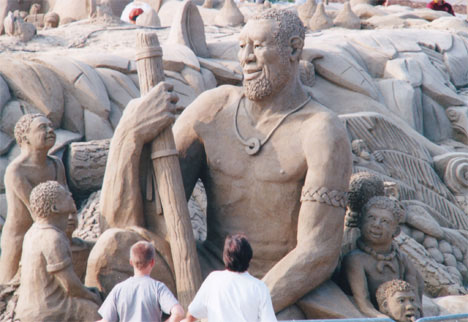 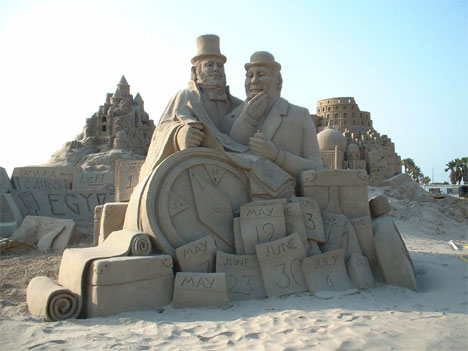 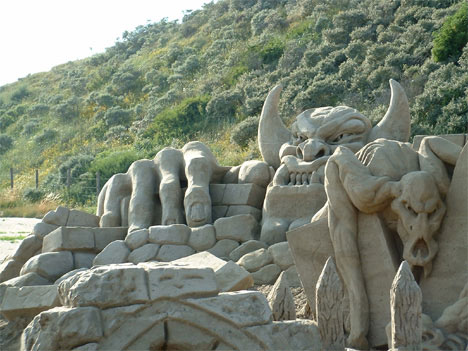 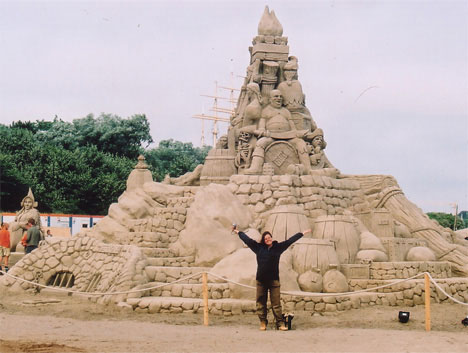 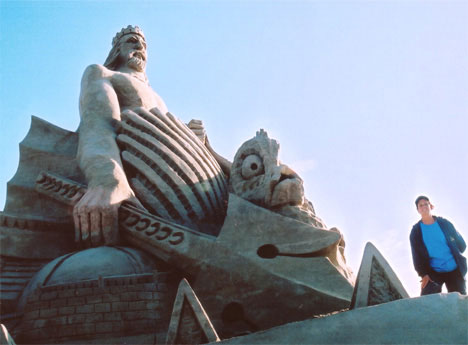 Sandsational is a group of professional sculptors with backgrounds in areas like fine art, design engineering and performance art. Sandsational often creates sand sculptures for promotional purposes and has worked with brands like McDonalds and Harley Davidson. Continue on to see even more amazing art from ordinary materials.