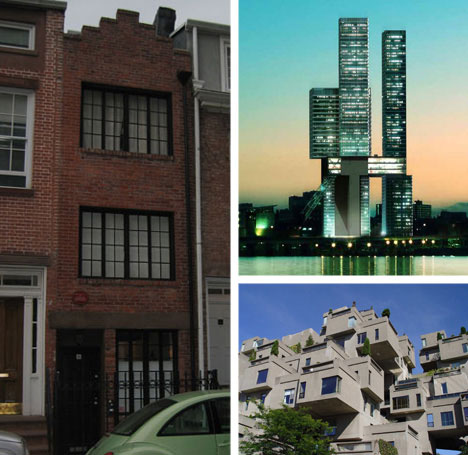 Design-wise, condos and townhouses are known for being less-than-thrilling examples of architecture. They are typically boxy and boring with little variation between them. Believe it or not, there are some condos and townhouses that are truly unique and interesting. These buildings push the conventional applications of the architectural styles and prove that living in a condo or townhouse doesn’t have to mean living in a boring, cookie-cutter building. And check out our complete collection of 70 Amazing Houses from Around the World. 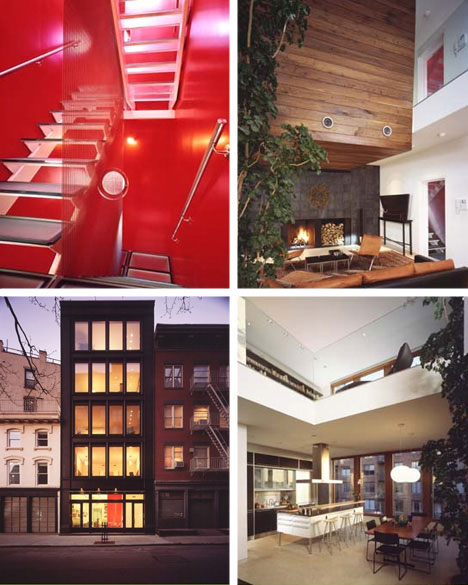 The popularity of “green” architecture has most definitely been on the rise in recent years, and this townhouse in Tribeca is the perfect example of how style and Earth-friendly design can happily co-exist. The home features a unique geothermal climate system which controls the heating, cooling, and water heating. The home was completed in 2002 by architect John Petrarca who lived there with his wife, but he sadly died the year following its completion. In addition to its forward-thinking geothermal system, the house boasts over 6,000 square feet of space and five stories. 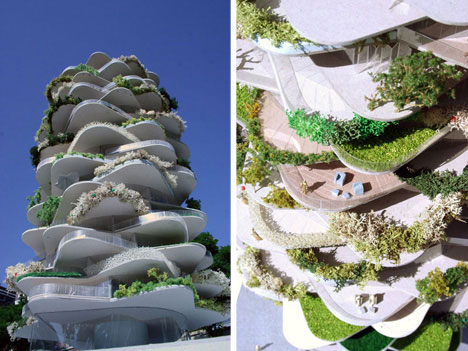 In an increasingly urban world, outdoor space is highly coveted. Apartment and condo dwellers especially are at a shortage of green and airy spaces to connect with nature in their homes. The designers of the Urban Cactus in Rotterdam want to change the experience of condo inhabitants by giving them amazing views and a personal garden space. The shape of each unit is dictated by the outdoor space it provides, with the terraces arranged in a staggered configuration so that each terrace features an open space overhead rather than the floor of the above unit. 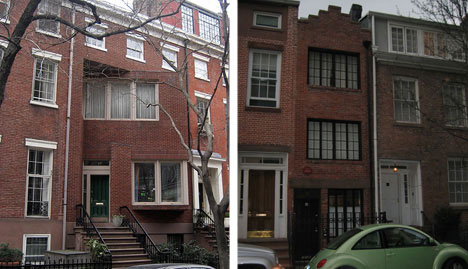 New York City is famous for its eclectic architecture and tiny (but expensive) living spaces. These townhouses are both historic NYC abodes that also happen to be some of the most visually interesting. The house on the left was once the hideout of radical leftist Weathermen group. It was here in 1970 that part of the group’s bomb factory exploded, destroying the house in the process. It was then rebuilt in 1978 with this oddly tilted angle.

The house on the right is known as the narrowest house in the city. Featuring a maximum interior width of 8 feet, 7 inches and a minimum width of just two feet, this house requires some getting used to. It has been the home to several notable people, including the poet Edna St. Vincent Millay, cartoonist William Steig, and actors John Barrymore and Cary Grant. Today it’s something of a tourist attraction for architecture and history buffs, although it’s still a private residence. 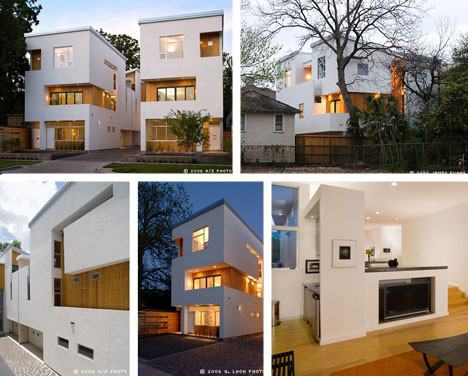 The forward-thinking team at Collaborative Designworks in Texas are working to change the image of townhouses. They were tired of seeing the same boring boxes, so they set out to design townhouses that were not only more attractive to look at from the outside, but that would offer more outdoor space and fewer shared walls for occupants. The result was The 505 in Houston. The units feature abundant windows with a spectacular view of the newly rejuvenated downtown area along with roof decks on the third floor. The clever design of the building means that occupants share only one wall and can enjoy a much greater sense of privacy than most townhouse dwellers. 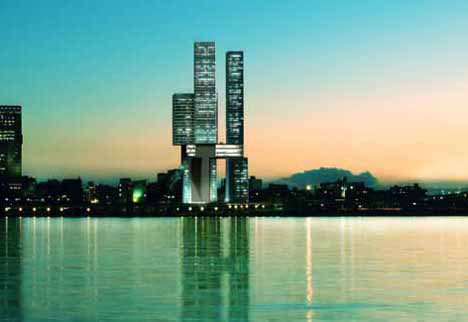 Although it’s not yet completed, the Museum Plaza Skyscraper in Louisville, Kentucky promises to be a giant of the downtown Louisville skyline. When finished it will feature 1.5 million square feet and be filled with luxury condos, offices, a hotel, retail shops, and a huge contemporary arts center. The designers and architects involved are striving to create a city within a city to combat urban sprawl and rejuvenate the area of downtown Louisville which was previously full of derelict buildings.

One of the best-known unusual condo complexes in the world is Habitat 67 in Montreal. Designed to give condo dwellers a better living experience than the plain urban skyscrapers, these condos allow inhabitants great views and a unique urban environment. The stacked-boxes appearance of the units creates interesting outdoor spaces as well as reducing the possibility that residents will glance out of their window and directly into another resident’s window.