Let’s get small! Rapid advances in the exciting field of nanotechnology are allowing us to shrink everyday objects to previously-unimaginably small dimensions. When objects and distances fall in the range of 1 to 100 nanometers (a nanometer is a billionth of a meter), Newtonian Physics gives way to Quantum Physics – with real–life applications in fields as diverse as medicine, robotics, and even artificial intelligence. Here are 15 of the most astonishing such real–life applications of Nanotechnology. 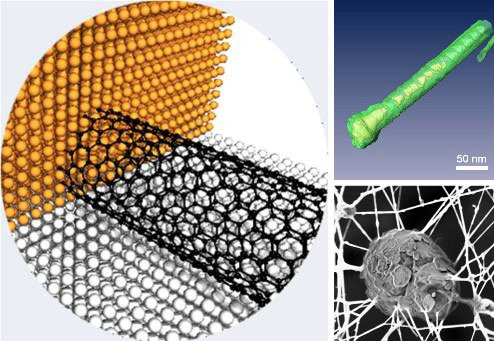 The main problem with the current generation of conductive materials is that the vast majority of them are inflexible. Metal and wire may bend, but they’re resistant to being pulled, twisted and otherwise distorted. That’s where carbon nanotubes come into the picture. These tiny 1.3 nm tubes are thinner in diameter than a single strand of DNA and while nonmetallic still conduct electricity. Mixed with a rubbery polymer plastic base, this new elastic material will let electricity flow while maintaining flexibility. Possible applications include knee and elbow joints (for robots at first, but eventually prosthetics for humans). 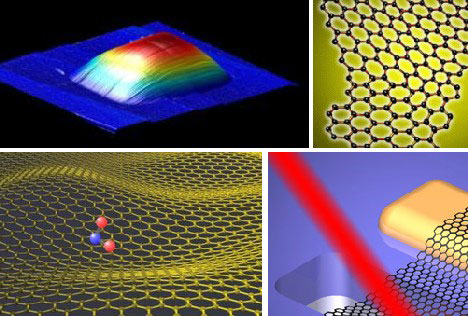 Nanotechnology really shines when carbon is involved. In addition to nanotubes and buckyballs, nano-scale carbon in the form of Graphene sheets can be used to form an airtight; even atom-tight membranes. The world’s smallest balloon is also the thinnest: just a single atom thick!

If you’ve ever wondered why solar power isn’t exploited to a greater degree, the answer revolves partly around economics and partly physics. Today’s solar cells are prohibitively expensive, frustratingly fragile, and notoriously inefficient – the average conversion rate from sunlight to energy is a mere 20 percent! These concerns may be a thing of the past, however, if a promising new type of solar cell utilizing nanotechnology pans out. Initial trials of a revolutionary solar cell report conversion rates of up to 92 percent! Furthermore, the new cells are made of rugged polyethylene inset with tiny gold coils that are active into the near-infrared part of the spectrum, meaning they will still function after dark. When installed in large arrays, so-called nanoantennas may one day power cars, homes, electronic devices and more. 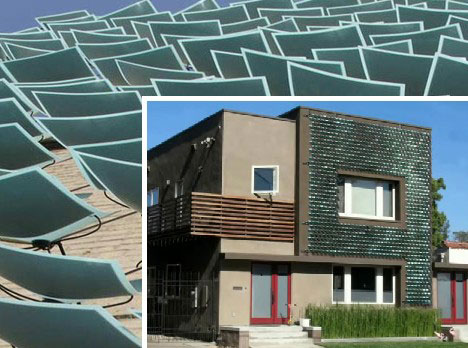 Solar panels don’t have to be large, ungainly sheets. That’s what Teresita Cochran thought when brainstorming up GROW, an innovative solar and wind power system made up of hundreds to thousands of small “leaves”. Not only does each unit act as a self-contained solar panel, they also produce electricity when moved by the wind thanks to piezoelectric generators in the attaching stem. The small size of the solar shingles makes them ideal for unevenly shaped walls while lending a unique artistic flexibility to enhance aesthetic design. 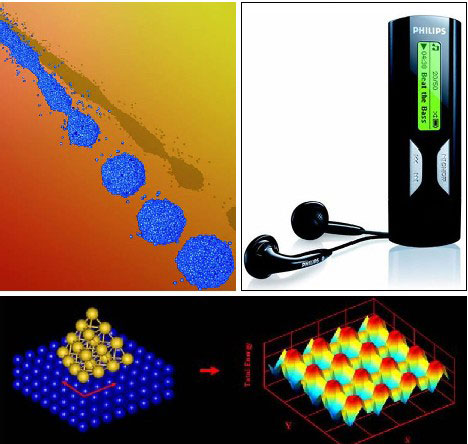 A team at Scotland’s University of Glasgow is creating molecular switches so small that a 1×1 inch storage drive made with them could have a capacity of 500,000 gigabytes! Compare that with even the latest MP3 players today, and you can appreciate the magnitude of the advancement. Going on vacation and want to take along the complete works of Shakespeare in audio form? No problemo, Prospero! 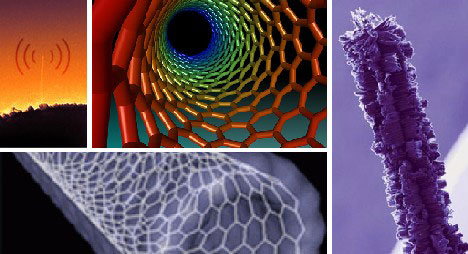 Since the size of today’s silicon chip memory cards and mechanical hard drives have limited just how small our personal electronic devices can be, the use of nanotechnology should remove these limits and thus shrink the devices down to the size of a grain of sand. Not only that, but the performance of such tiny devices could surpass the latest and greatest of today, thanks to carbon nanotubes. The quantum properties of the tiny nanotubes make them incredibly efficient superconductors and allow electronic devices, even radios, to shrink without any regard to heat dissipation. 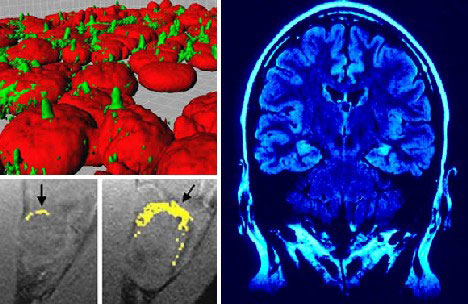 Ask any cancer patient how to make chemotherapy more endurable, and the number one answer would likely be “relieve the side effects”. New chemotherapy techniques involving the use of drug-coated nanoparticles promise to do just that. Medical researchers at the Washington University School of Medicine in St. Louis have coated nanometer-sized oil droplets and coated them with powerful, proven effective anti-cancer drugs. Once injected, the nanoparticles conglomerate at locations in cancerous tumors where blood vessel growth occurs. Deprived of nutrition, the tumors shrink and die – and the results were achieved with drug concentrations 1,000 times lower than normally used, thus mitigating toxic and otherwise unpleasant side effects. 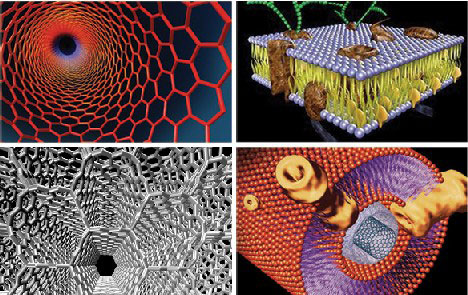 If research being carried out on mice at Northwestern University is successful, tens of thousands of patients may regain the ability to feel, move, and walk with formerly paralyzed limbs. The key lies in tiny nano-structures that, while much larger than the aforementioned nanoparticles, are still much too small to see with the unaided eye. What the nano-structures do is guide stem cells in nerve tissue to become active axons instead of glial cells, which block axon formation. The recovering mice at Northwestern’s labs may not be their old agile selves, but they get around quite nicely thanks to nanotechnology. 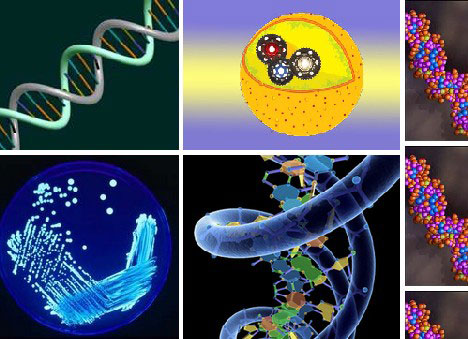 DNA is the very stuff of life itself, so when reports surfaced that Japanese scientists had created artificial DNA, a few people pushed the panic button. Not to worry, the purpose of the project was not to play God (though wouldn’t that be fun?), but to play with data – store data, actually. Biological DNA stores the entire genome of any particular plant, animal or person very efficiently in a surprisingly small space. Artificial DNA, on the other hand, could not only be used to store non-biological data but would be immune to the degrading effects of the naturally occurring DNase enzyme. The impact on any device that stores data will be tremendous. 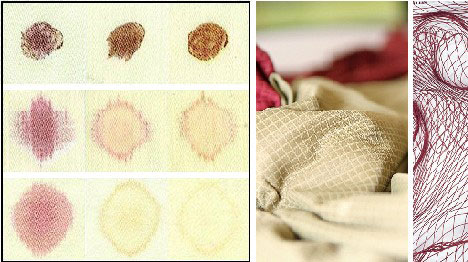 Red wine, chocolate, blood… more than just the ingredients of a very wild weekend, the three can permanently stain natural fabrics such as silk and wool, making that expensive linen or rug practically unusable after a spill. Unless, of course, the clothing, sheets and so on have been treated previously with anatase titanium dioxide nanoparticles. When catalyzed by sunlight, the 5nm wide particles decompose and, in the process, break down stains and even scents! Messy kids rejoice, the era of self-cleaning clothing has arrived! 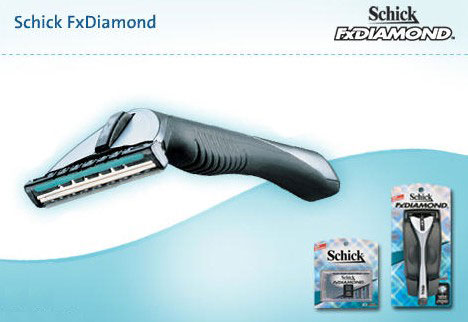 Could your morning shave get any smoother? You bet – and no, this isn’t about some new 16-bladed razor. Adding more blades seems to have reached the limits of practicality, and has forced razor researchers to take a closer look at the blades themselves. In the Schick FX Diamond, nanotechnology is being used to coat each blade, greatly extending their durability. Electric razors are also trumpeting nanotechnology these days, one example being the Panasonic Arc electronic razor. The Arc features whirling blades impregnated with nanoparticles that make them sharper. 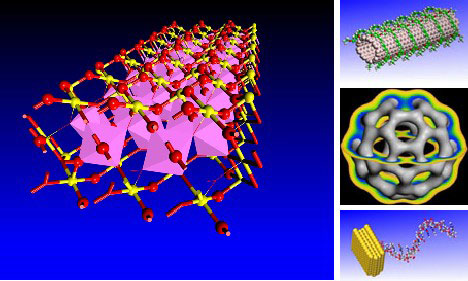 Put away the toy shovels and Meccano oil rig, they’re much too large for what the Advanced Energy Consortium (AEC) has in mind. The seven-company group includes much-vilified industry leader Halliburton Energy Services so you know their not toying around. Just the opposite, in fact – the AEC has invested $21 million into the development of nano-sensors that can be injected underground, assisting and simplifying the often hit-or-miss task of oil & gas exploration. 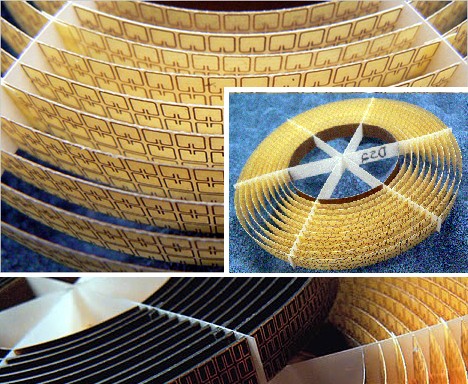 (image via: Life in the Fast Lane)

Star Trek fans will rejoice now that the Federation has solved the secret of the Klingons’ feared cloaking device. We just won’t tell them that experiments proving the capability are being conducted at Purdue University here on Earth, not the Klingon home world. The Purdue team first assembled an array of nano-needles arranged into a cylindrical shape, then manipulated the array to deflect light around it. In effect, a very tiny area was made to be invisible – in other words, a cloaking device! Mind you, the experiment succeeded in dodging a single wavelength of light, a far cry from the very wide visible spectrum. It is a beginning, however, and even the Klingons had to start somewhere. 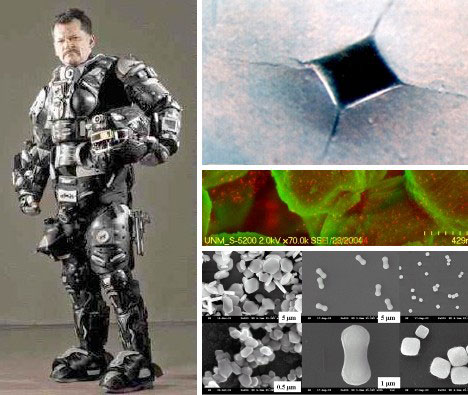 With so many soldiers killed or injured by roadside bombs and IEDs over the past half-decade, intensive research has been devoted to improving the body armor worn by troops sent into harm’s way. The project even has official sanction and a neat acronym: NNI, the National Nanotechnology Initiative. A $15 million contract awarded to the University of Dayton Research Institute by the U.S. Army’s Research Laboratory’s Survivability Branch is funding the development of nanoparticle armor to protect not only soldiers, but the vehicles they ride in. By infusing nanoparticles into ceramic materials used in military armor, both porosity and structural strength are increased. It is hoped that the improved armor is perfected and introduced as soon as possible. 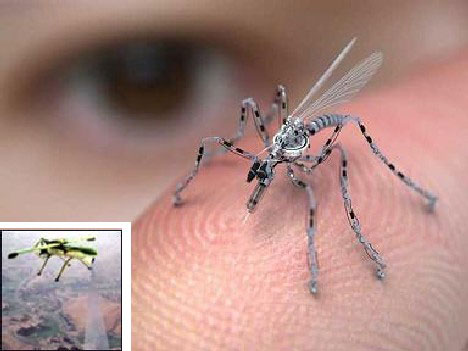 Sticking with military matters, the Israeli Defense Forces are drawing on the latest breakthroughs in nanotechnology to update their weapons. One notable application is known colloquially as the Bionic Hornet. No bigger than an average wasp, the flying device is designed to seek out, follow, photograph and even kill selected opponents. According to Israel’s Deputy Prime Minister Shimon Peres, “It’s illogical to send a plane worth $100 million against a suicidal terrorist. So we are building futuristic weapons.” Are they ever!

Truly nanotechnology has the potential to remake the world we live in, from future battlefields to tomorrow morning’s shave. Small wonder indeed!