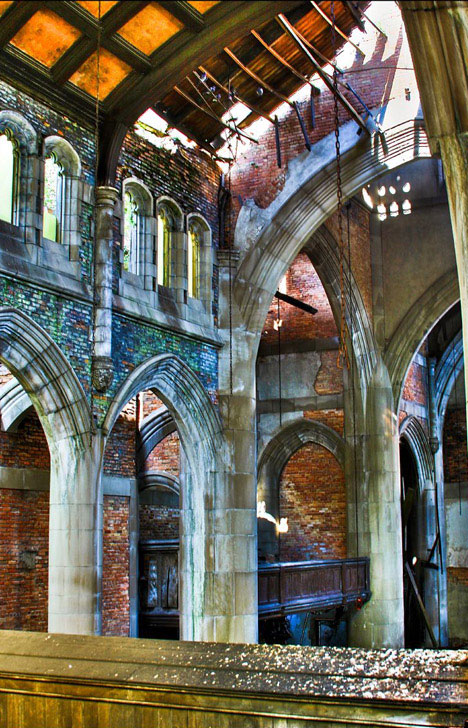 At its peak this once-magnificent church in Gary, Indiana had 3,000 congregation members. But like so many places in Gary it fell into disrepair as industry money dwindled in the region and social changes occurred. It was initially readopted by another congregation, then partially occupied by businesses, then finally abandoned and eventually burned. (Source)