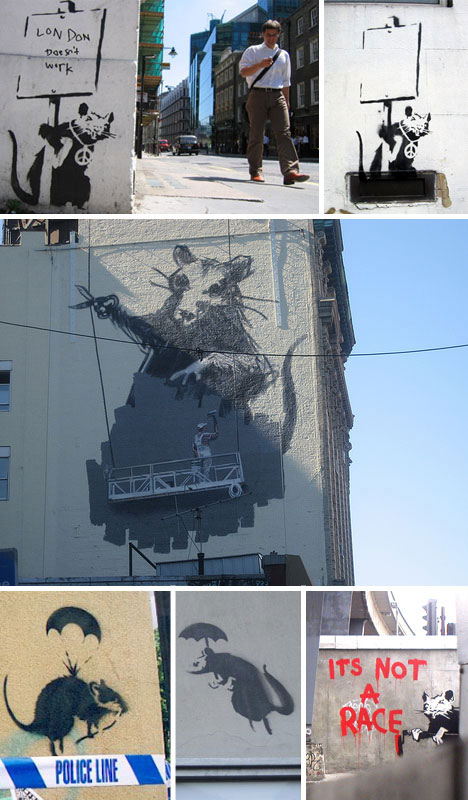 Rats are one of the core recurring themes in the work of Banksy. Their activities are often anthropomorphized – his rats can be found carrying umbrellas, painting or making other forms of mischief. One thoughtful speculator has this to say about Banksy’s repetitive use of the rat:

“I can’t help considering how many characteristics these nocturnal residents of the underworld share with another night prowler – the graffiti artist. Both rats and graf writers are tough, clever, unloved and impossible-to-eliminate denizens of the abandoned, trash-littered no-man’s-lands between our everyday reality and the mechanisms that make its clean, well-lit surfaces possible.”

Like the elusive Banksy and his myriad artworks, rats are resourceful, tenacious and seem to be everywhere at the same time. In Banksy’s philosophy, “If you feel dirty, insignificant or unloved, then rats are a good role model. They exist without permission, they have no respect for the hierarchy of society, and they have sex 50 times a day.” (Source)