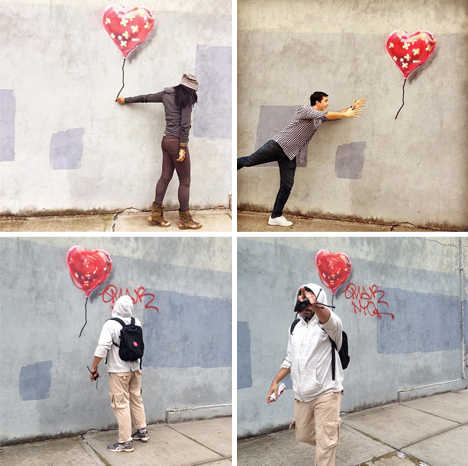 Banksy is an artist with the rare power to make walls more valuable after he has vandalized them, which some then seek to alter or  destroy and others fight to protect and save. The highly-publicized and daily-updated images of his residency in New York largely tell the first part of the story, but there is another side to the tale as well about the aftermath, and that side has even more surprising and surreal plot twists. 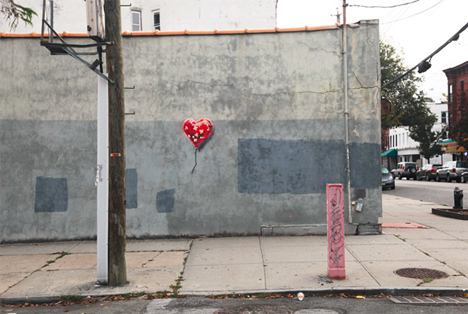 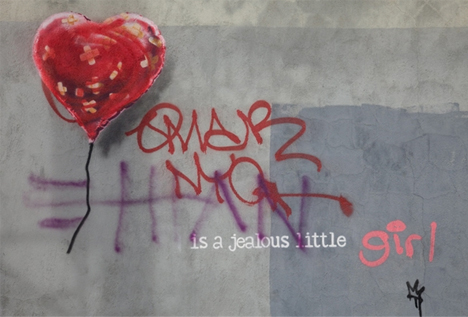 Some graffiti artists feel compelled to cover over his art, out of anger, jealousy or perhaps a mixture of the two. He has been broadly criticized by the tagging community for his lack of respect for rules (or at least conventions), and thus justify defacing his pieces. In many instances, multiple tags have appeared over and around in the days and weeks that follow. 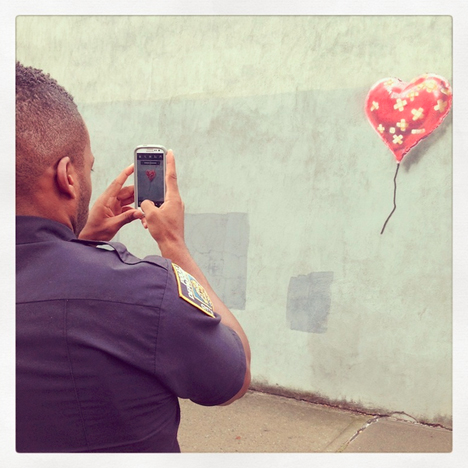 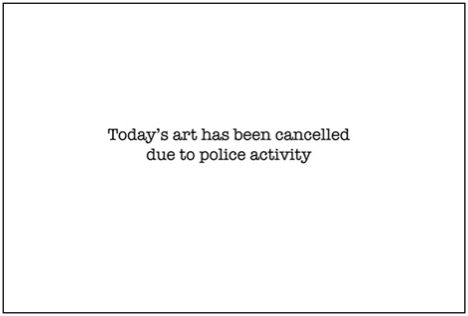 Meanwhile, NYC official policies regarding vandalism mean that municipal authorities are theoretically bound to paint over his work, even if it might be worth tens of thousands of dollars. Thus, the police hunt him and city workers are tasked to whitewash paintings from sight. Some still snap their own photos before taking on the job, and one has to wonder how they feel about their assignment. 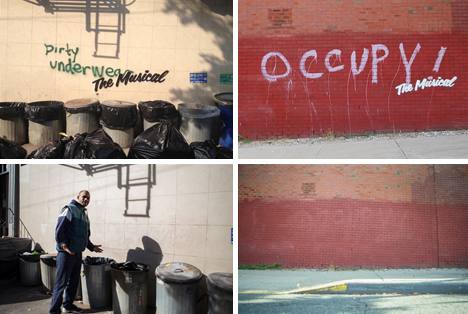 On the flip side, many other fans, pedestrians and building owners interact with or even fight to defend the pieces at almost any cost for personal or financial reasons. In one instance, some passers by intercepted and stopped someone who sought to add his own interpretation to a newly-posted work. Of course, without added measures, most of these efforts eventually fail. 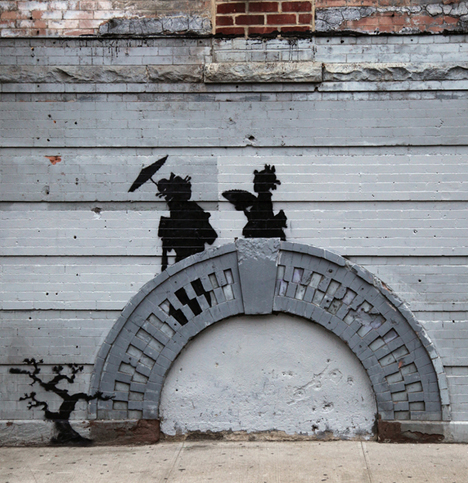 In another case, a savvy building owner hired around-the-clock security to protect the work found on his walls and even installed a locked gate over it. Sooner or later, though, someone will no doubt find a way to alter or destroy the silhouetted figures. And regardless, they are rendered somewhat crass in their new industrial frame. 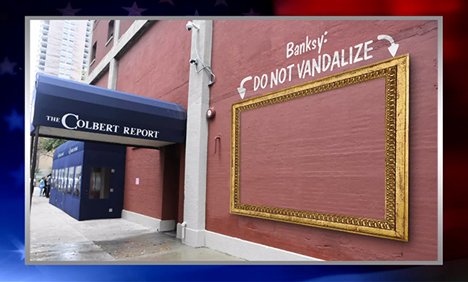 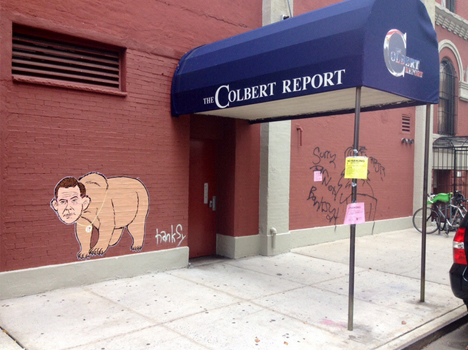 Steven Colbert jokingly put a frame on the side of his studio, telling Banksy via his television show not to paint inside it and thus make him rich. Unsurprisingly, Banksy obliged and stayed away, but Hanksy took him up on his public and ironic non-offer, adding some fresh work outside of Colbert’s door. In his typical style, Hanksy spoofed the celebrity-in-question’s name with an intentionally poor animal pun. 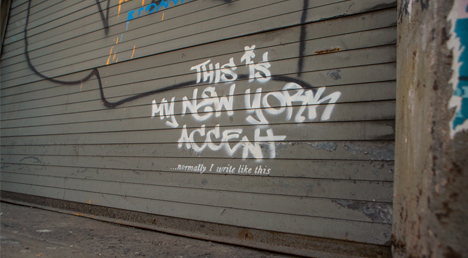 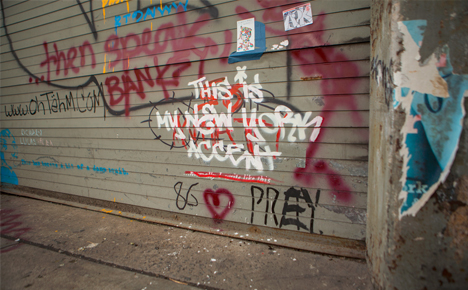 Given his high profile, it is no surprise that Banksy’s installations and stencils attracts a wide mix of attention wherever he goes, from the police and other authorities, on the one hand, to local citizens and artists on the other. Still, whether they see him as famous or infamous, it is always fascinating to see just who reacts and how to the mixed reputation of this mysterious street artist.  One has to suspect, though, that he doesn’t really mind the attention either way (images via Banksy, AnimalNewYork, Gothamist and the New York Post).