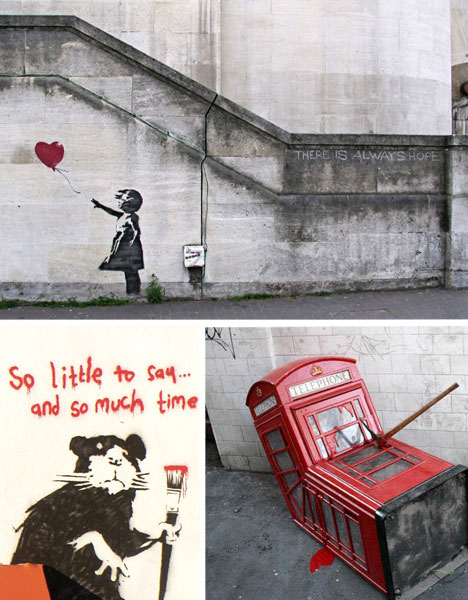 The life of the street artist is, by necessity, one of anonymity. In many of the world’s cities, the most noticeable and breathtaking pieces of art aren’t created by world-renowned talents. They are created by the unknown street artist under cover of darkness. We never see them and they are known only by their tagging pseudonyms. This is part one of our complete eight-part guide to  Banksy Art and Graffiti.. 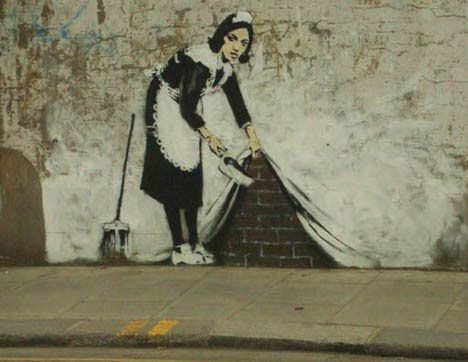 UK-based street artist Banksy is a notable half-exception to this rule. His work is currently seen around the planet. There are few in the art world (street or otherwise) who don’t know his signature style. The exception, though, is that no one is sure just who he is. There have been many claims to know his true identity but none have ever been definitive to date. 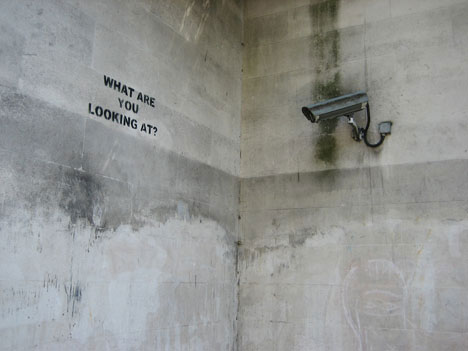 Who is Banksy? We may not know his real name, but his art is unmistakably the work of a passionate individual. So what do we know about Banksy? His paintings, stencils, and other art pieces frequently address serious social issues. He takes on capitalism, war, poverty, and governments with grace. His work often displays a keen sense of humor, making it equally possible that you will laugh or cast your eyes down thoughtfully upon seeing a Banksy piece. 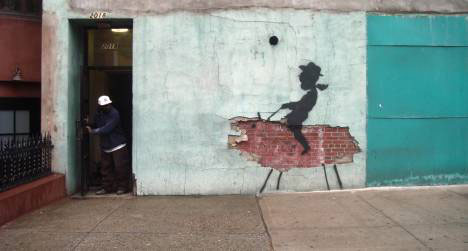 And although the pseudonym and the signature style of the artist are well known, there’s not much else that we know for sure about Banksy. A few tidbits of information are widely accepted: he is from Bristol, UK, and got involved in graffiti art sometime in the early 90s. He began to gain widespread notoriety around 2003. He was born in or around 1974 and sports a silver tooth. He is, according to the few people who have met him as Banksy, an unassuming and typical-looking man. 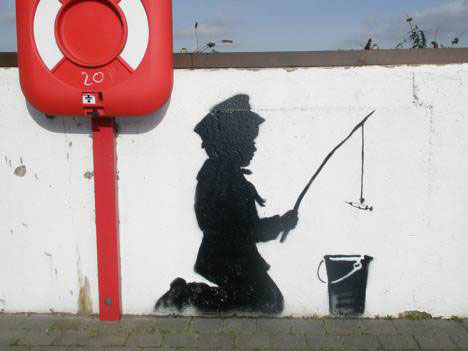 His refusal to be interviewed in person or even to reveal his real name has added to his mystique over the years. In the UK (and, increasingly, in other parts of the world) Banksy-spotters claim to know the artist’s real identity on a fairly regular basis. Although he’s been caught on CCTV a few times, he is clever enough to keep his identity a mystery. 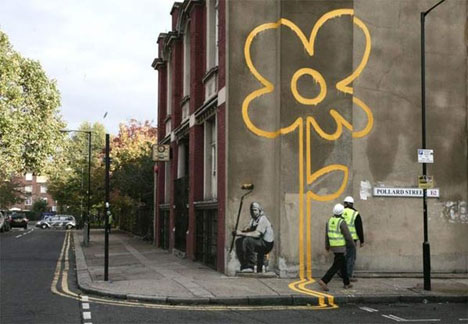 There is good reason for leaving us guessing about Banksy. Banksy’s work has been equated with vandalism on several occasions, and many have called for his prosecution. His choice of subject matter coupled with his medium (typically spray paint on public walls) ruffles feathers no matter where he is (or who he is). 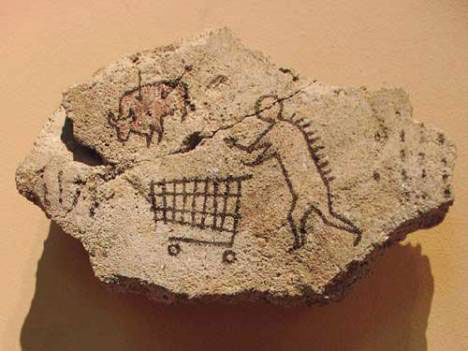 Banksy’s talents aren’t limited to paint and the occasional pencil drawing. He has been responsible for a number of social commentaries involving replacing hundreds of Paris Hilton CDs with CDs of his own creation. He has sneaked his own work into several art museums, including a prehistoric-looking piece at the British Museum which the museum decided to add to their own permanent collection. 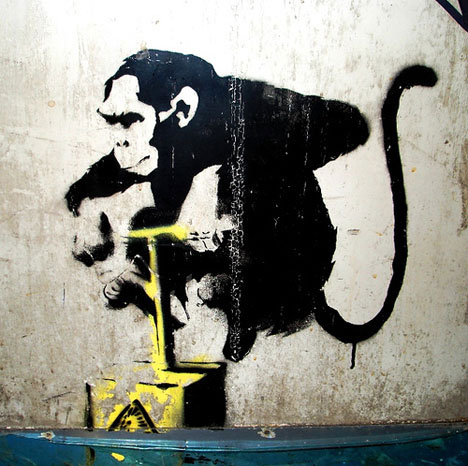 Just as controversial as his methods is Banksy’s take on the art world at large. He has been known to deride other artists for their self-importance and “inferior” art forms. He has even taken on the people who buy his art. Following a 2006 Sotheby’s auction of several of his works, he produced an illustration of an auction on his official website featuring the words “I can’t believe you morons actually buy this shit.” He is a vocal opponent of the organized art world, though he now produces some work that is more conventional than his street art roots. 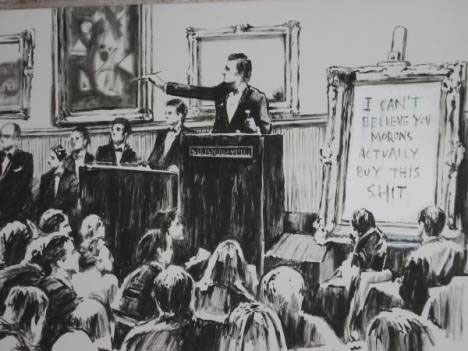 Banksy’s work is applauded by many, but some critics say that it oversimplifies issues to appeal to the masses. Other critics – most notably, representatives from Keep Britain Tidy – believe that Banksy’s street art is a crime and that he is setting a negative example for other would-be graffiti artists. 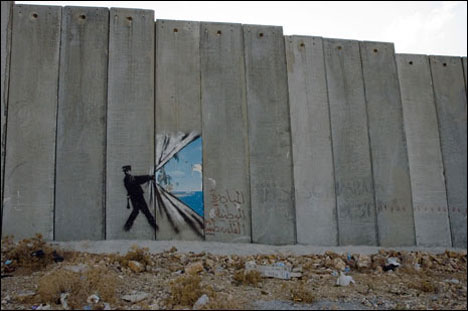 Through his talent and his dedication to art and his personal statements, Banksy has become perhaps the most famous anonymous artist ever. We still don’t know his true identity or where he will pop up next, but just mentioning his pseudonym brings a look of recognition to the faces of anyone who knows anything about art. 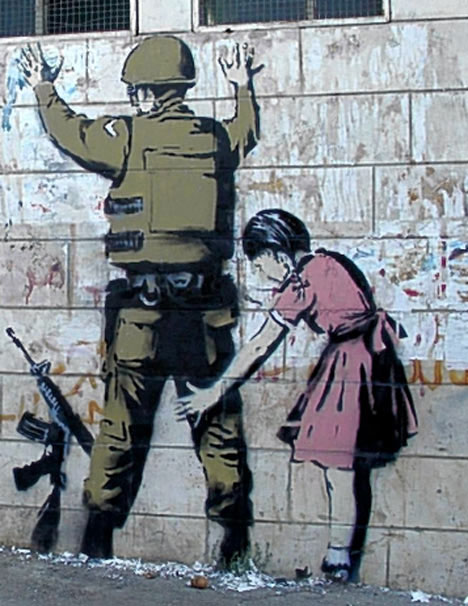 Love him or hate him, Banksy is without a doubt one of the most influential artists working today. He has affected the art world from Australia to the US and nearly everywhere in between. Over the next few weeks, we’ll take a closer look at Banksy’s work, his influence, and the grand mystery surrounding everything he does.