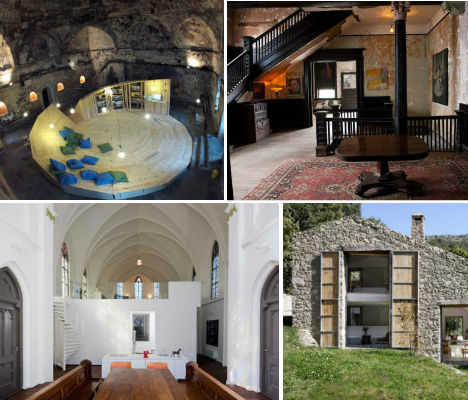 While many abandoned places are ultimately demolished (and sometimes temporarily serve as settings for unexpected art installations), some get a second chance at life with restoration projects that transform them for new purposes. These 13 abandoned places, including zoos, bath houses, military compounds, railways and factories, now serve as libraries, galleries, offices, arts centers and private homes. 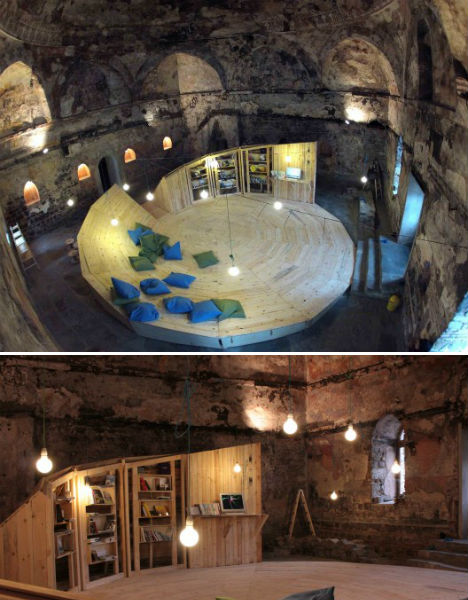 A beautiful rounded wooden library reminiscent of a seashell has been temporarily installed inside a once-abandoned Turkish bathhouse in Bulgaria. the ICONITemporary Library by Studio 8 1/2 contains nothing but books about contemporary art, with comfortable places to lounge, flip through the pages and gaze at the 16th century architecture. 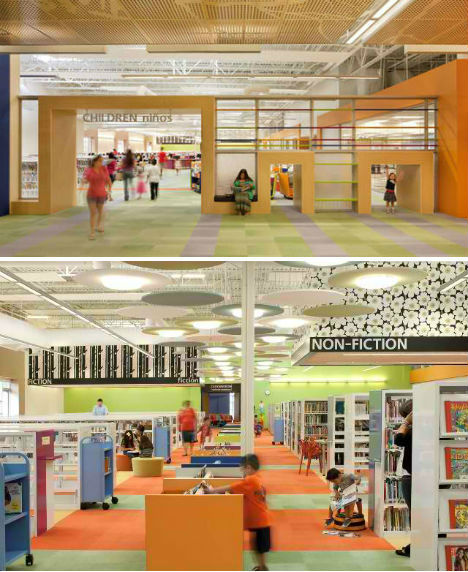 Empty retail stores can be quite an eyesore, sitting vacant for months or even years. One such building has been completely transformed from a vacant Walmart in McAllen, Texas, to America’s largest library. Measuring 124,500 square feet, the single-floor library was painted in bright colors and renovated to include glass-enclosed spaces. 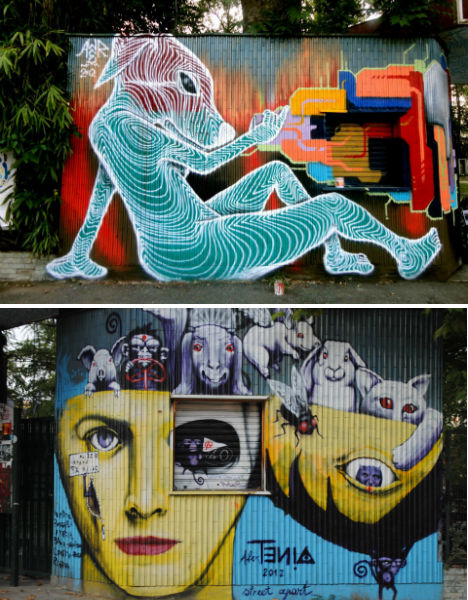 An old zoo in Torino, Italy has become the Street Art Museum, with the former animal enclosures painted with often-surreal scenes. It’s part of the Border Land Project, an urban regeneration initiative that helps utilize and raise awareness about neglected spaces. 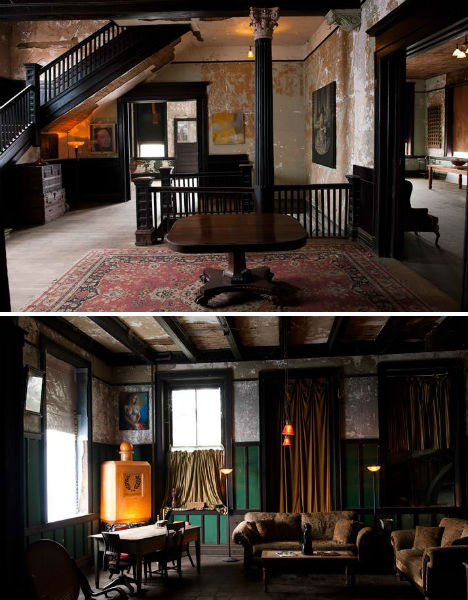 The Harmony Club was built in 1909, and operated as a social club for the Jewish community in Selma, Alabama, including a restaurant, a ballroom and an exclusive men’s lounge. It was turned into headquarters for the Elks Club in the 1930s, and boarded up in the ’60s. Today, it’s a luxurious home that retains many of the historical details, making it truly one-of-a-kind. See more photos at Yatzer. 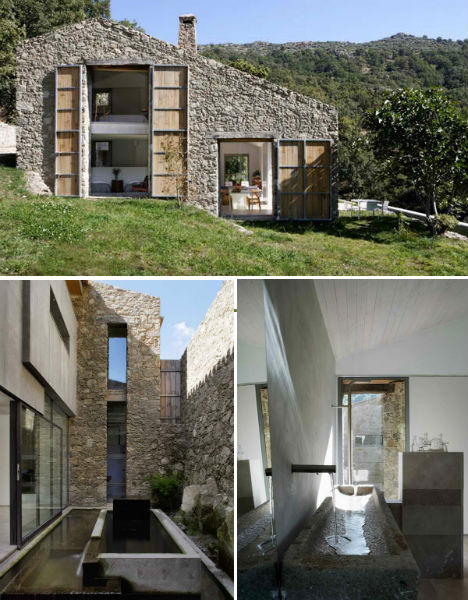 Architecture firm Abaton took a crumbling, centuries-old stone barn in the Spanish province of Caceres and rehabilitated it into a beautiful family home, with the haylofts becoming bedrooms. The large doors – two stories tall, in one case – were glassed in to create massive windows. 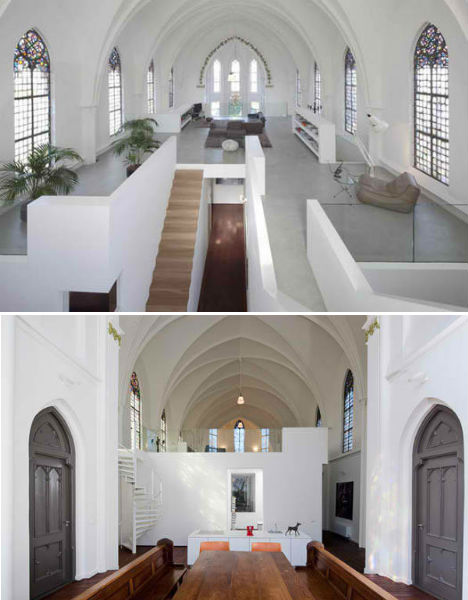 An abandoned Catholic church is now a spacious, modern residence in Utrecht, The Netherlands. Zecc Architects carefully preserved the dramatic aspects of the church’s architecture with soaring ceilings, stained glass windows and even a dining table made from the preserved pews. 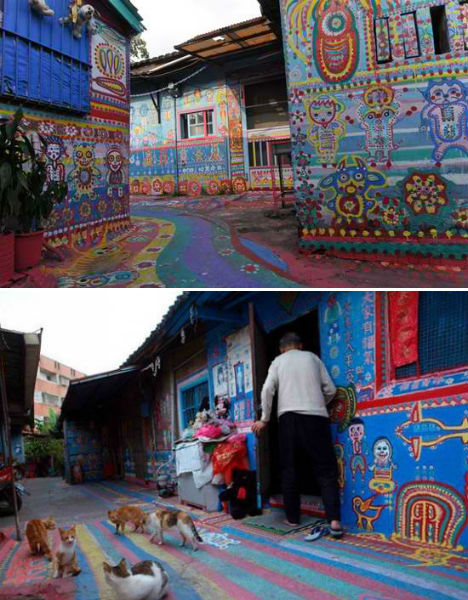 The local council in Taichung, Taiwan had decided to demolish the remains of an abandoned 1940s military encampment on the outskirts of its suburban community, but an elderly resident named Huang Yunfu had another idea. He covered the entire site in colorful pairings, turning it into an outdoor gallery. It’s now called ‘Rainbow Village.’ 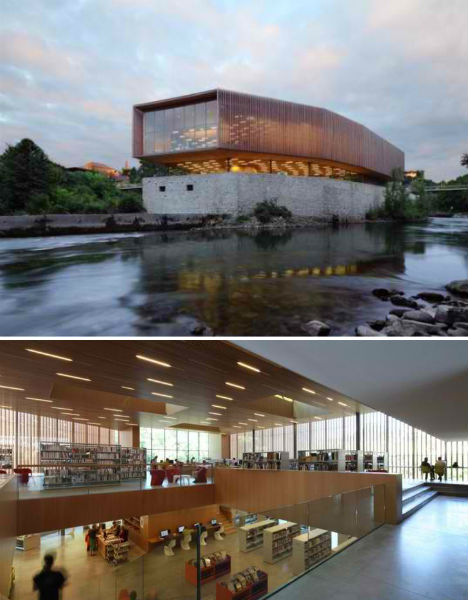 Would you guess that this incredibly modern-looking facility was once an abandoned beret factory? A riverside site that was recently little more than an industrial wasteland on the edge of the Pyrenees mountains in France is now a two-story multimedia center built on the original stone foundation with skylights and green terraces. 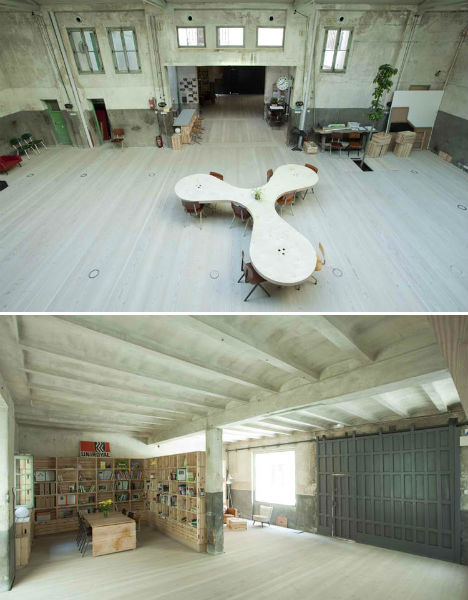 Madrid architects Churtichaga + Quadra + Salcedo (CH +QS) turned an abandoned garage in the center of the city into a timeshare office, preserving the industrial character of the place while adding comfortable semi-private nooks, including an informal living room made of wood crates. 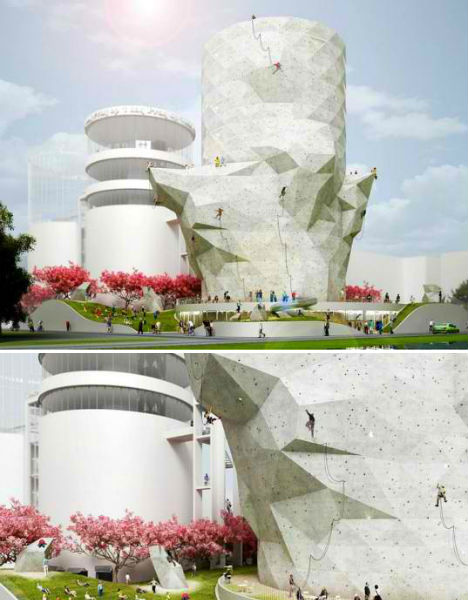 After losing a competition to transform an abandoned sewage treatment silo in Amsterdam into a climbing gym, NL Architects may get a second chance. Developers in the area think that a third abandoned silo could be ideal for the project. The ‘Siloo O’ concept would create a world-class climbing and mountaineering facility that could become a major tourist attraction for climbers around the world. 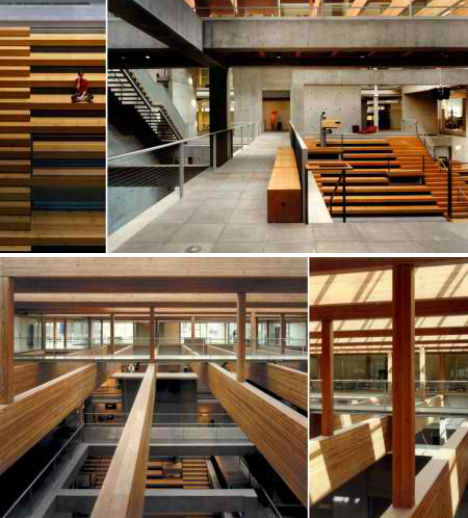 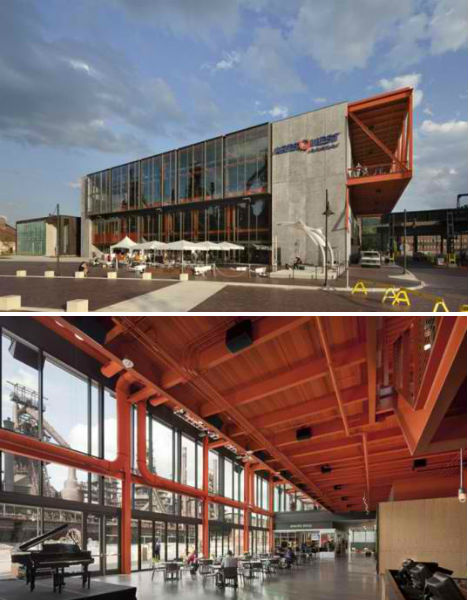 Once the largest steel-producing facility in America, the old Bethlehem Steel building in Pennsylvania closed its doors in 1995 and remained abandoned for more than a decade. Spillman Farmer Architects converted the 68,000-square-foot space into the ArtsQuest Center, an art campus where the industrial aspects of the building are accented by the warmth of native Pennsylvania ash wood. 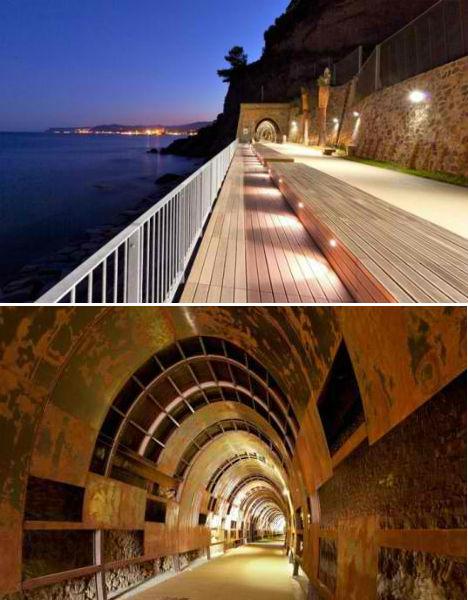 A retired railway between the towns of Albisola Superiore and Celle Ligure on the coast of Italy left a large stretch of the shoreline unused. 3S Studio and Voarino Cairo Voarino transformed the old promenade into a walking path using low-impact materials for a small environmental footprint.