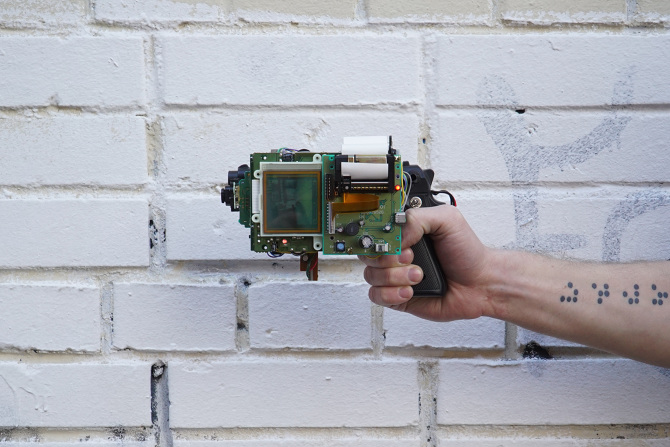 This fun bit of retrofuturistic tech genius looks like an ‘80s designer’s idea of a high-tech camera smashed up with a toy gun, and it actually works, taking and printing photos. Russian artist Dmitry Morozov combined a GameBoy screen with an Arduino processor, a camera, optical relays and an original GameBoy thermal printer. 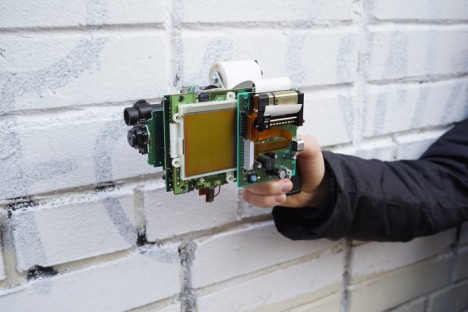 The ‘gbg-8’ is attached to a plastic toy gun so you can literally ‘point and shoot.’ To take a photo, you pull the trigger (which might make selfies a bit… uncomfortable.) 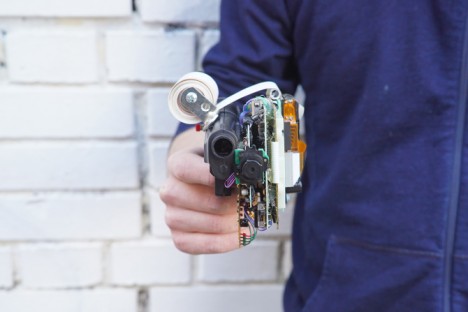 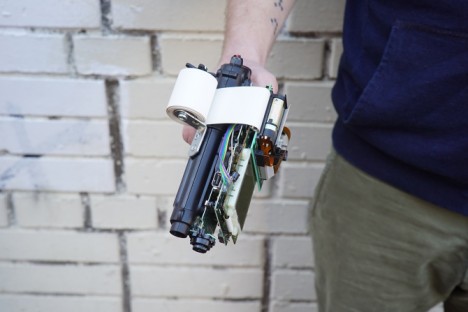 As soon as the image is captured, the gadget prints out a streaky, blurry, pixelated image, just like we remember from the heyday of Nintendo. It may not be the greatest quality, but that’s hardly the point.