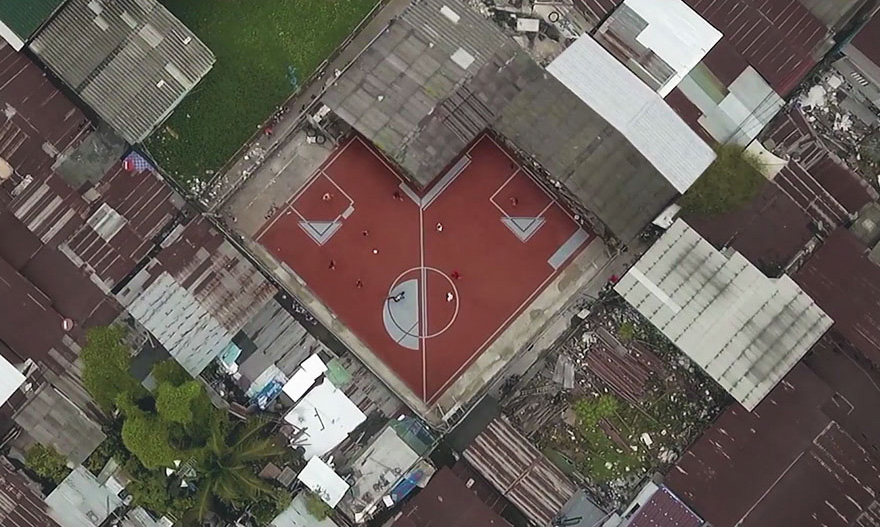 Turning disused spaces in Bangkok into odd-shaped soccer (or: football) fields, this project provides much-needed places to play in dense cities where conventional lots are hard to find. It also serves as a potential model for creatively rethinking leftover urban land more broadly. 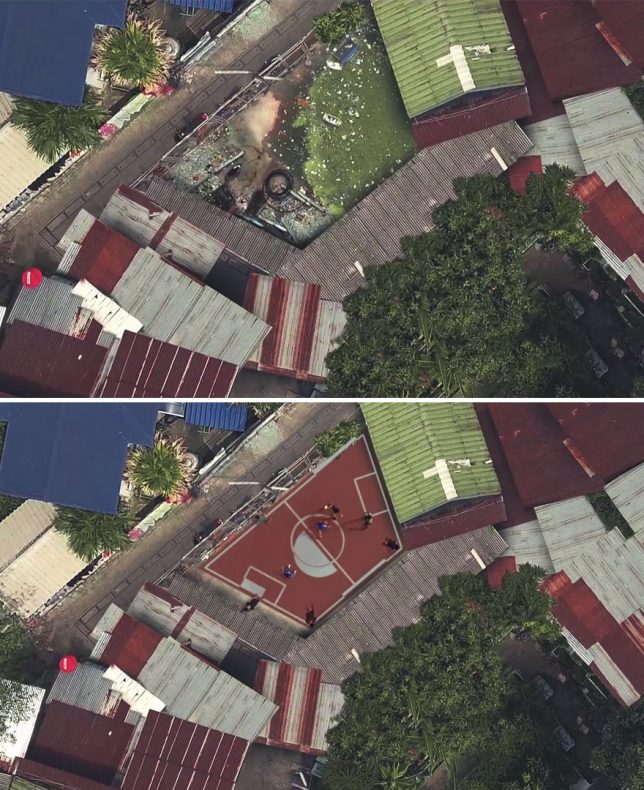 Developed in partnership with the Khlong Toei community, The Unusual Football Field project takes advantaged of abnormally shaped sites scattered around the district. Once areas of opportunity were identified and sides outlined, permission was sought, trash was cleared, land was leveled and fields were fit into each location.

Kids who might not otherwise have access to normal 105-by-68-meter fields can kick balls around these unusual courts, overcoming (or working with) the unique challenges of each variant. Sides can of course be switched mid-game as well to make sure things stay fair even on fields where one half could be seen as having an advantage. 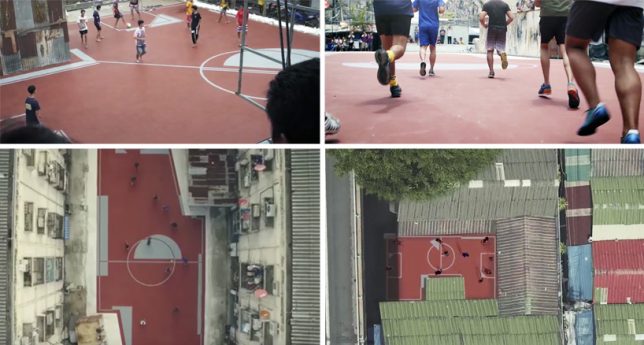 These soccer-playing zones may be unconventional but are nonetheless popular, catering as they do to Thailand’s most popular sport. On the flip side, they can also be re-purposed again with equal ease if demand shifts. 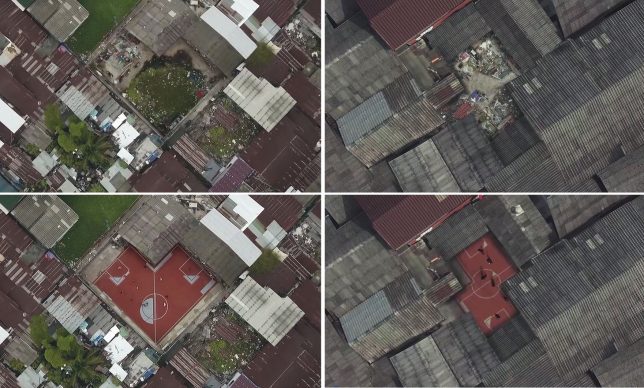 The hope, in part, is that other developers and community activists might see potential in this model, adapting it to other dense cities where large regular spaces are hard to come by. Indeed, other sports and athletic activities could adopt similar models as well – though given the tight confines a baseball-oriented version may be out of the question.