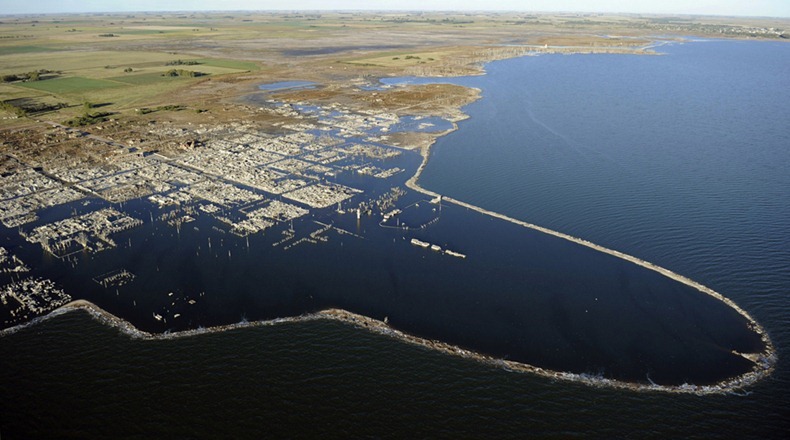 Like a corroded time capsule, this submerged village has risen from the depths after being flooded decades ago when the local lake broke its banks and left Epecuen under dozens of feet of water. In 1985, a rare weather pattern broke a nearby dam first, then the dike protecting the town, quickly making most of it uninhabitable. Today, long-term changes in the regional climate have brought down the overall level of the lake, resurfacing the town. 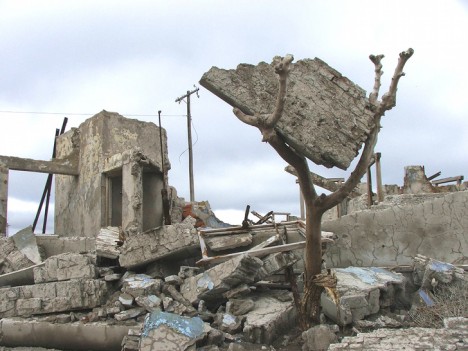 Giving a tour of his devastated hometown, the man in the award-winning video above , Pablo Novak, claims his father predicted the return of water to the areas of land on which people were building back in the 1980s – at its peak, the place drew in over 25,000 tourists a year. Today, Pablo is the only remaining resident, slowly exploring the remnants now revealed as waters around the lake have lowered. 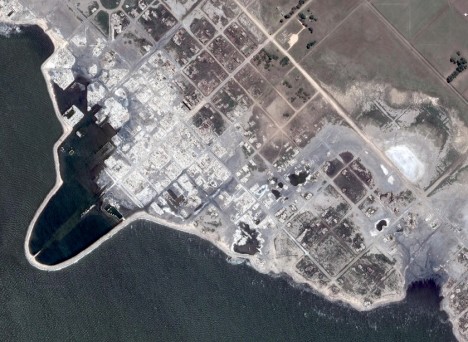 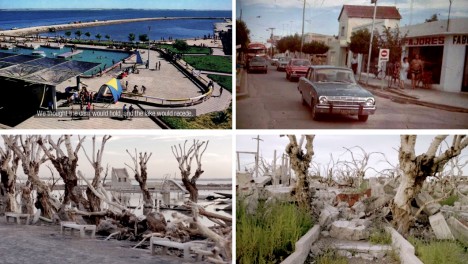 Located near Buenos Aires, it is hard to imagine that this place – with a permanent population of 5,000  at one point – was once a busy destination from tourists around the country and even the world, renowned for its high-salinity lake in which people came to bathe. This salt content is largely responsible for the high levels of damage done to the town’s buildings and infrastructure during its years underwater. 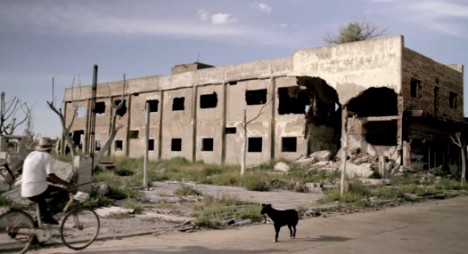 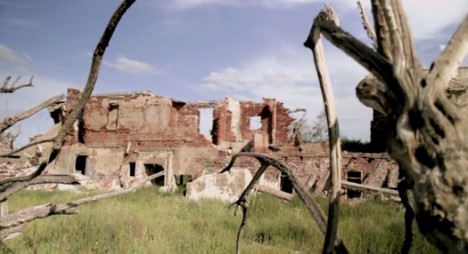 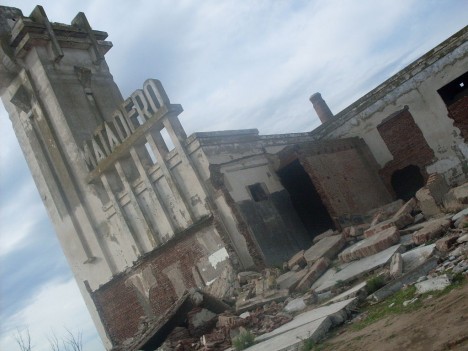 First, the fields began to flood, driving our narrator’s cows, horses, pigs sheep and goats back further onto land and forcing Pablo to buy a family home in a neighboring village. Now 85 years old, he always assumed the town would be rebuilt, but that has never come to pass. 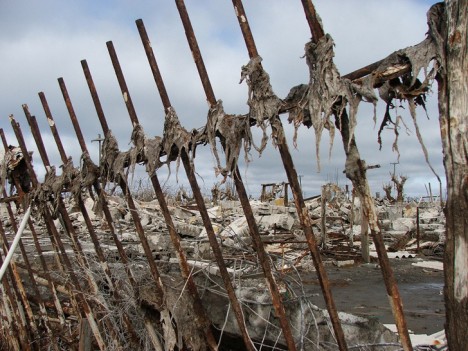 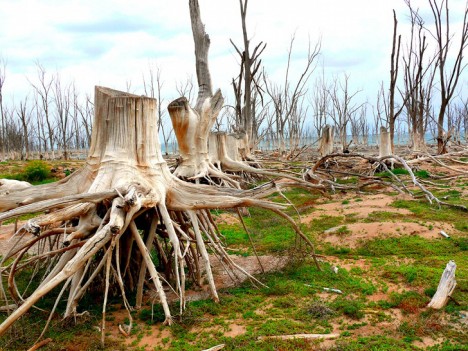 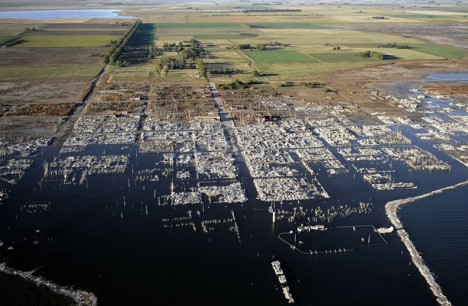 Since the waters have receded, Pablo now tries to appreciate the solitude left in its wake and gives tours to those who come these days not to soak but to see the once-sunken village now risen once again to the surface. Images by Sam Verhaert, Jonathan Evans and Pablo Gonzales via Inhabitat.