Unseen above the restored cast-iron facade of this 1857 residential structure in Tribeca, a stunning modern loft extends the building’s livable space, its form responding directly to lines of sight. 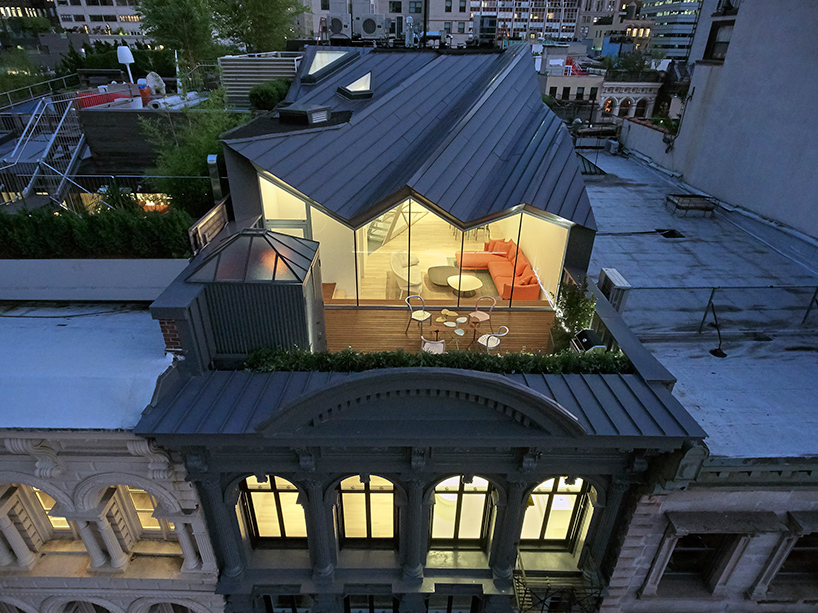 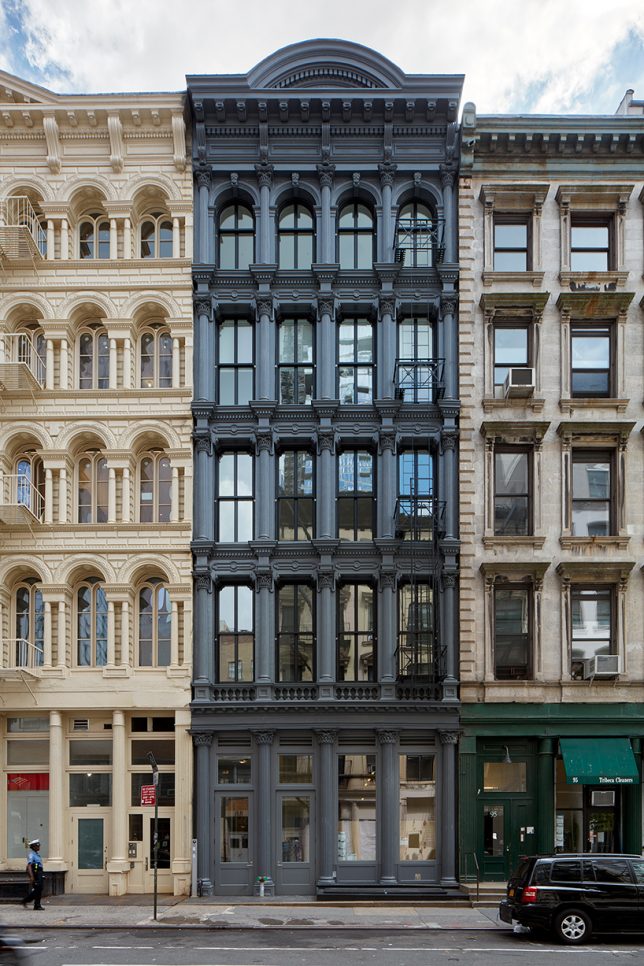 Designed by WORKac and known as the Stealth Building, the addition had to work with the existing facade — to preserve its appearance, rendering it invisible became the obvious approach. 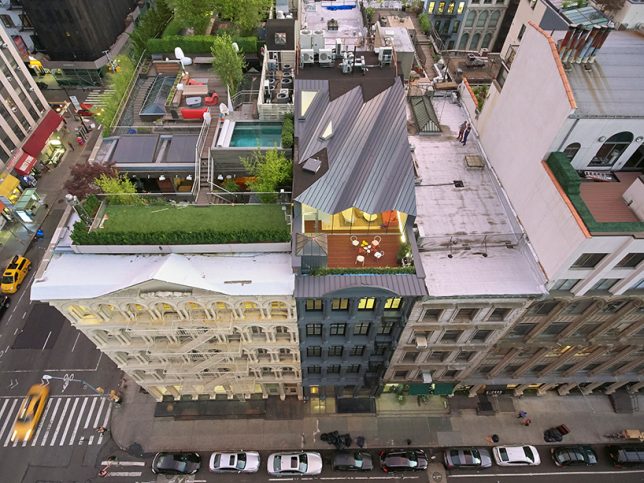 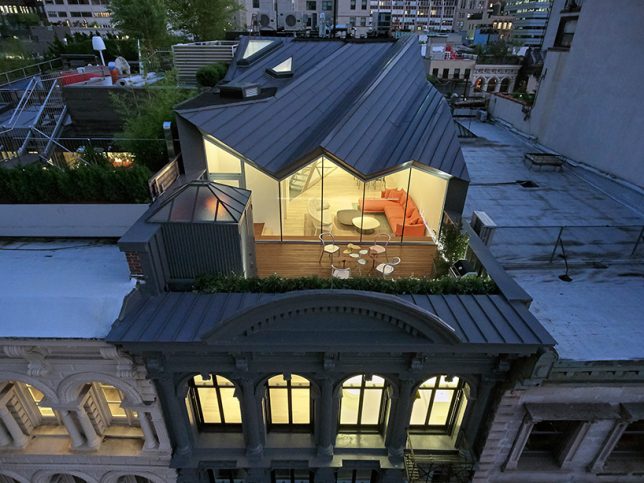 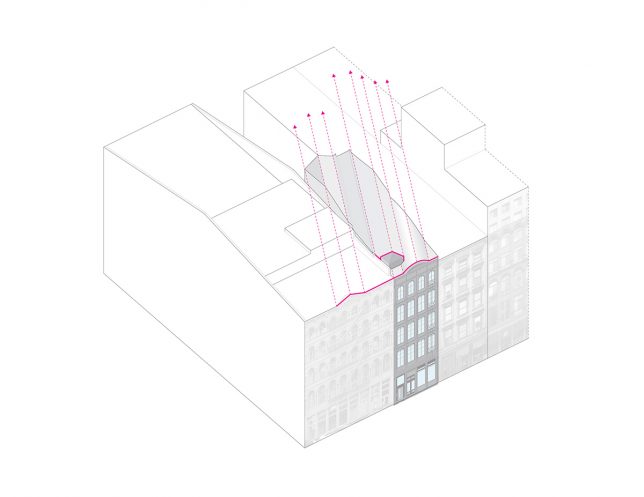 In order to accomplish this clever act of concealment, all angles of view and shadows cast had to be accounted for. In turn, these informed the shape of the angular extension. Tracing lines of visibility across facade features of adjacent buildings, the designers derived a roof line that would work with the project goals. 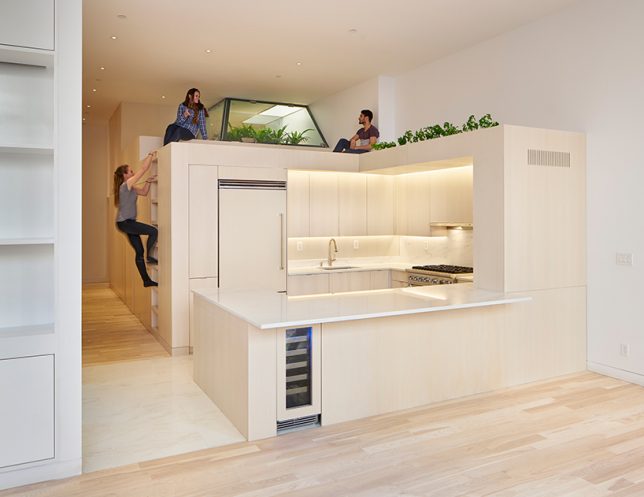 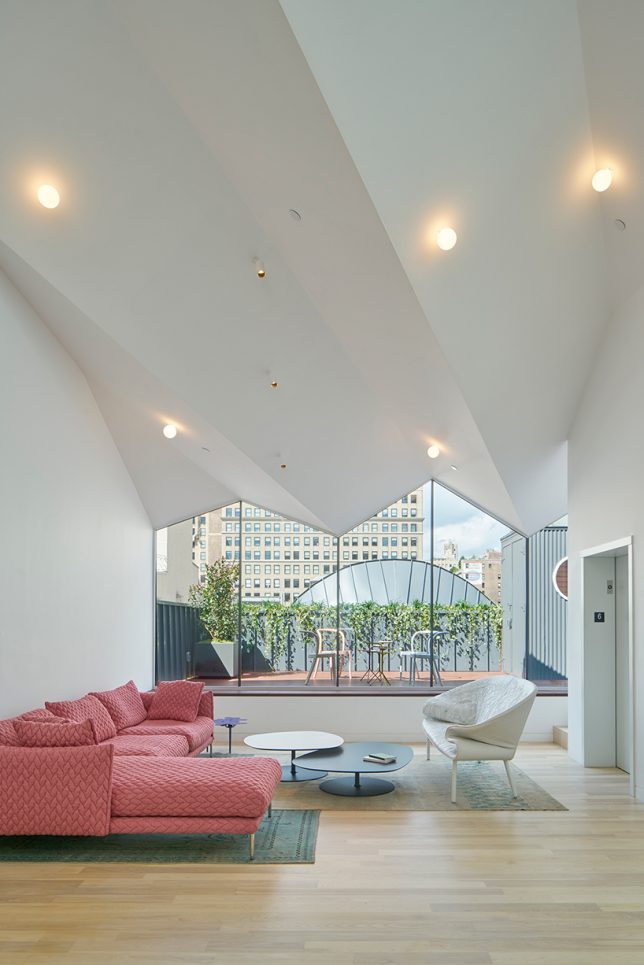 All of this naturally shaped the interior spaces as well, creating dramatic diagonal lines that carry through the various rooms. 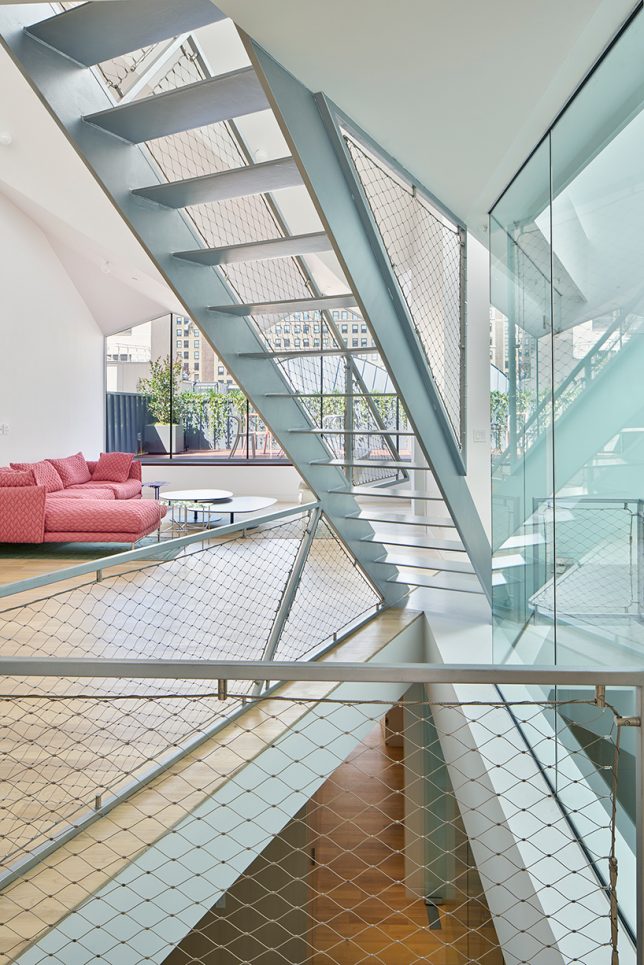 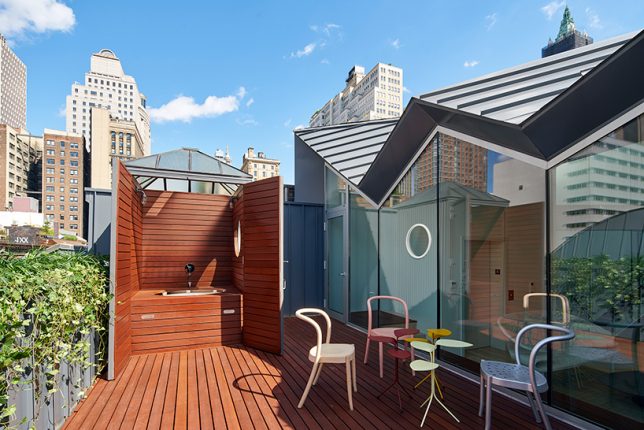 The fifth-floor pop-up features sleeping quarters, entertaining and dining spaces, as well as a secluded terrace tucked behind the pediment to provide privacy for residents. The former elevator bulkhead has been converted to contain a hut tub servicing the deck as well.