Much like coin-based cart systems found in supermarkets and airports, these stackable stools (which double as table surfaces) can be borrowed, moved around and returned with ease. Unlike fixed-position urban benches and tables, this design by Thomas Bernstrand lets users control their own experience, setting up a solo seat or group of seats and surfaces in the sun or shade as desired. 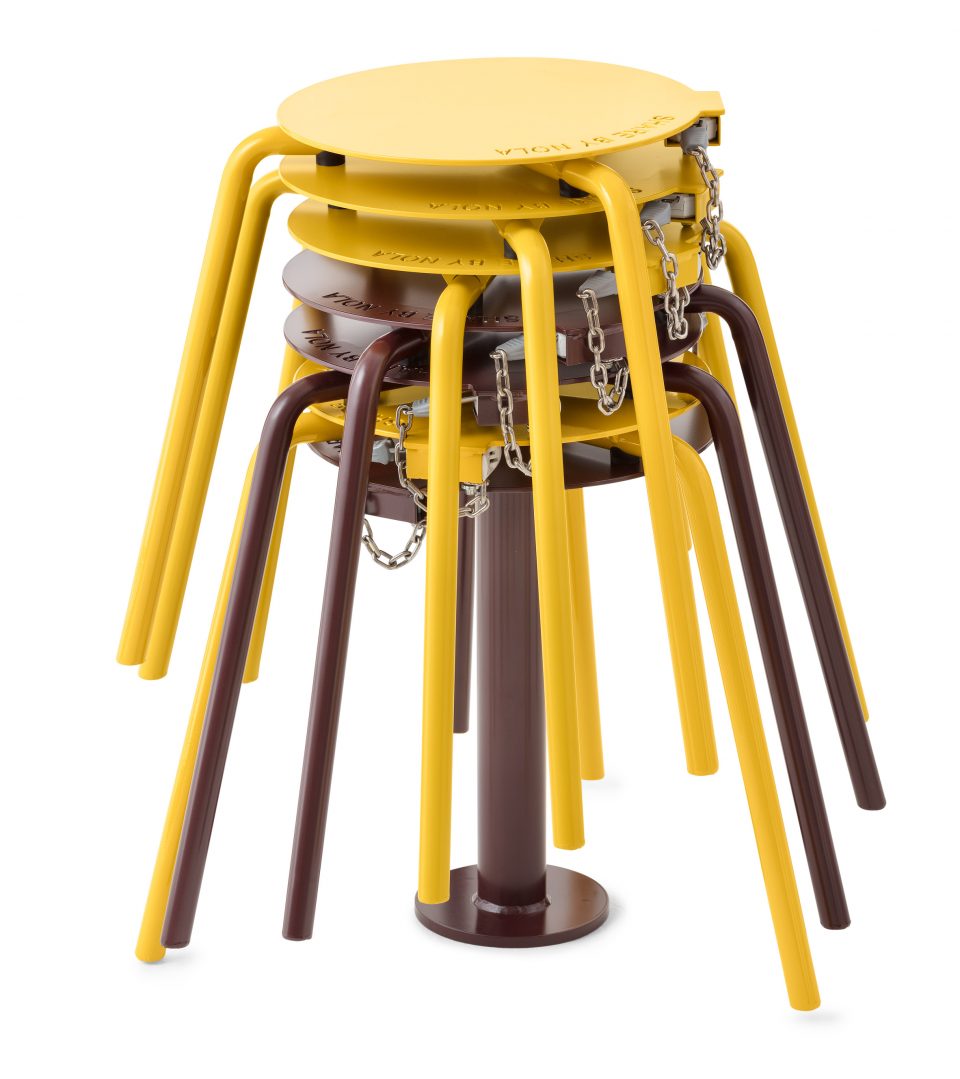 While not foolproof, of course (anyone intent on stealing them or leaving them out could do so), the furnishings do demand a small deposit to encourage people to to put them back when they are done. Also, the dangling chain and branded mark could help deter their disappearance into people’s homes. 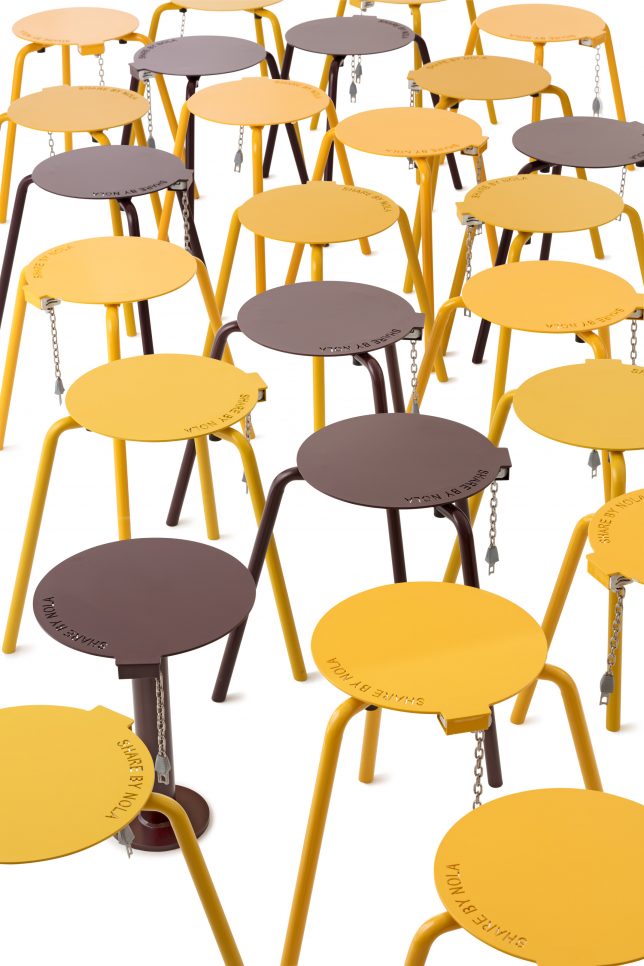 In the United States, where the maximum value of an everyday-use coin is fairly small, the incentive would be correspondingly diminished. But in Euro countries where denominations are typically higher, the price of failing to return the items would be significantly higher. 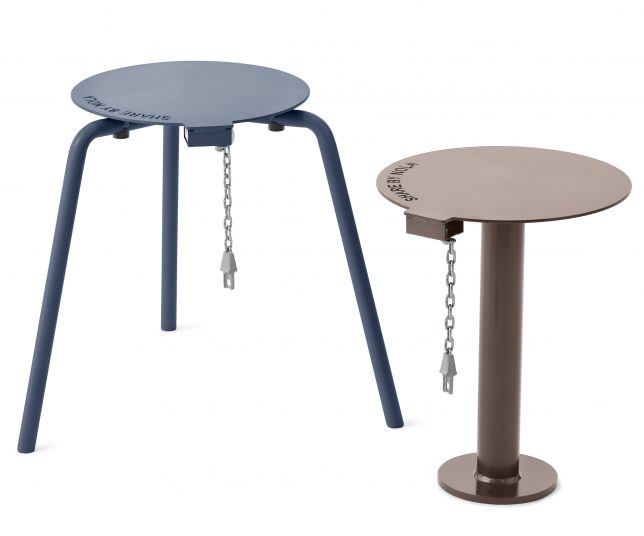 The metal stools are made to be heavy and durable, keeping them from being knocked over in the wind and making them suitable to frequent outdoor use. They also stack neatly into columns, taking up less space on the streets (or in shopping centers or parks or squares) when not in use. 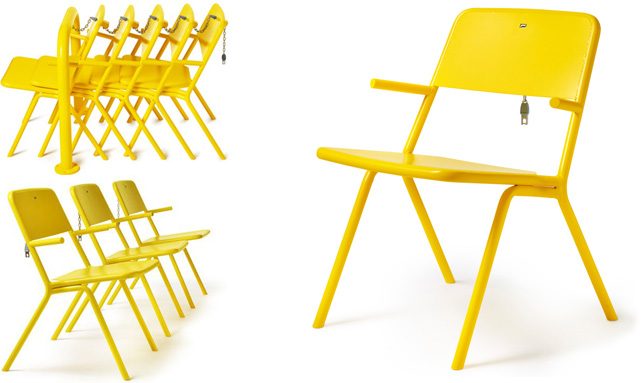 The designs are an extension of the Share Series, a set of seats and other objects with similar coin-operated functionality intended for public use. 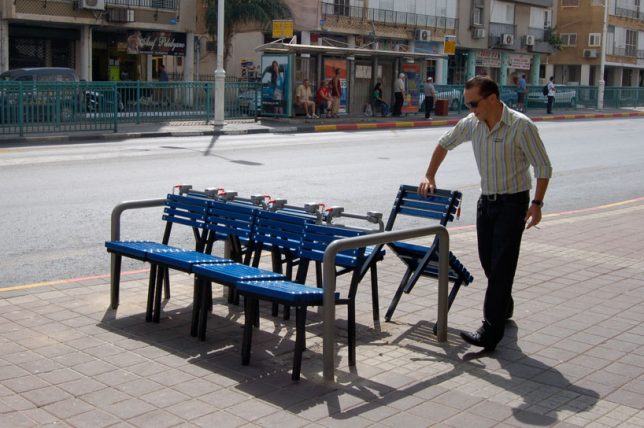 Other pay-to-sit urban furniture projects include a chair series by Vincent Wittenberg, a bit more comfortable looking but they also take up more space on sidewalks.

Also: Fabian Brunsing, a Berlin-based artist and designer, took a different approach the problem (a bit more tongue-in-cheek). His bench uses coin deposits (but in this case non-refundable) that allow you to use a public bench. But when your time runs out: stand up fast to avoid the spikes.