At just six feet wide, this incredibly narrow residence inserted into an alley in dense urban Tokyo is the latest example of Japanese architects thinking way outside the box when it comes to building new housing. The city is so developed, there’s almost no land left to build anything new, so they tend to get incredibly creative with even the oddest-shaped plots. 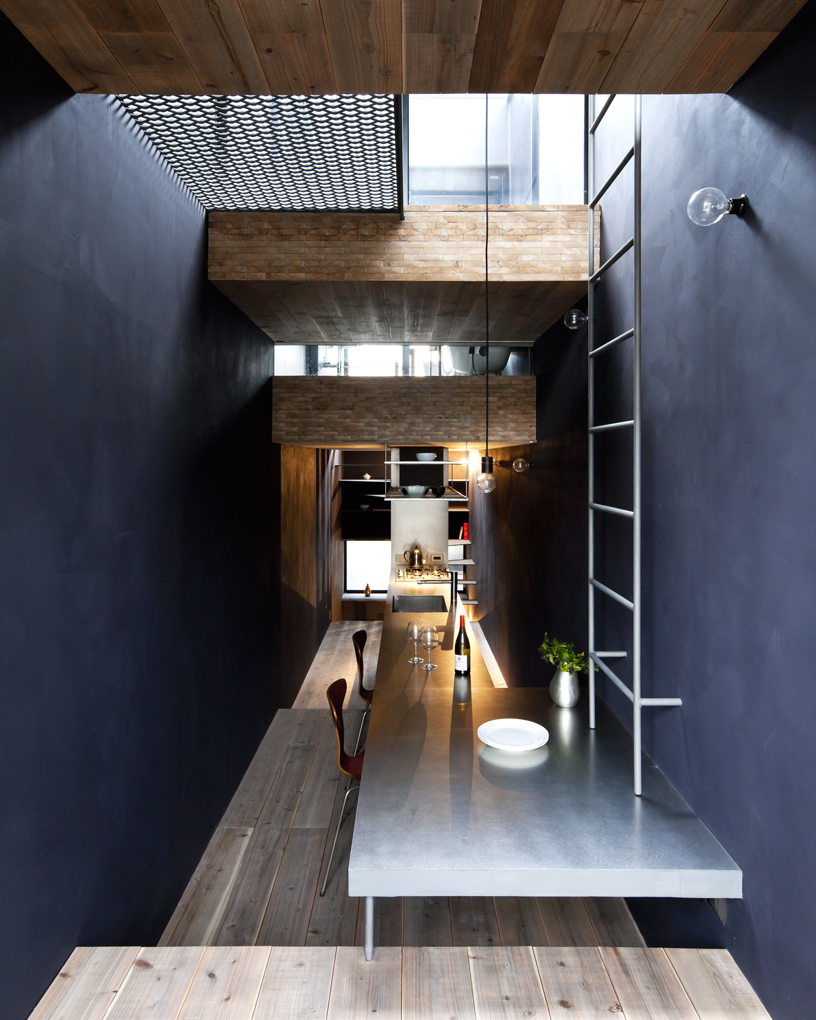 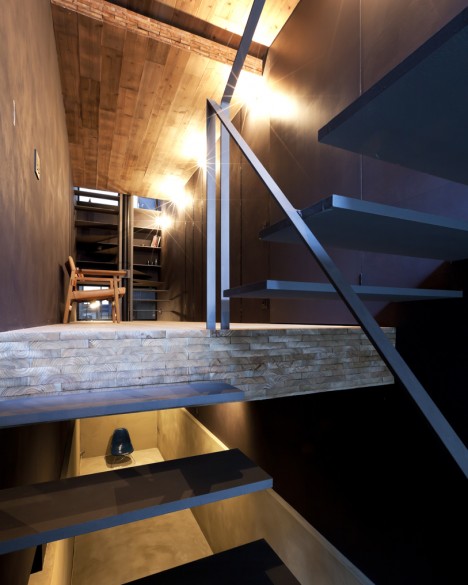 The four-story house by YUUA Architects and Associates extends about 36 feet into a former alley between two older buildings, and while the street-facing facade features floor-to-ceiling windows to maximize daylight and views, intimate spaces like bedrooms, bathrooms and main living areas are tucked into the back for privacy. 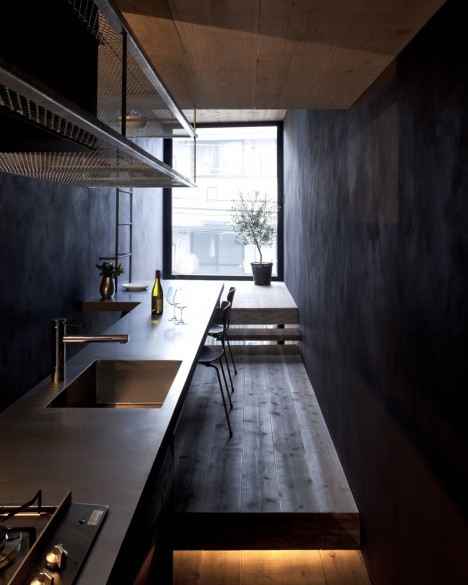 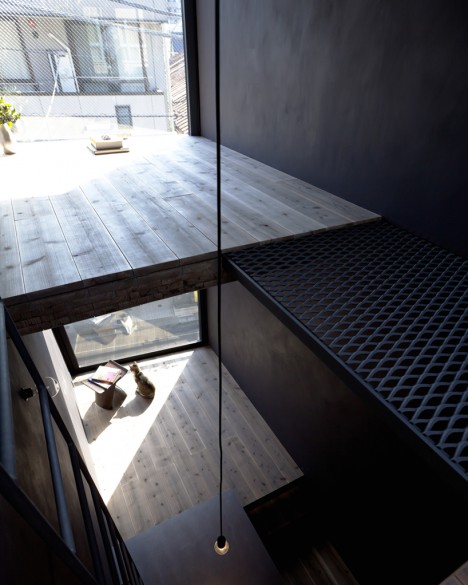 The minimalist interior design scheme includes floating platforms at various levels for a sense of openness, some of them made of metal mesh to let as much light pass through the house as possible. While such tiny residences are often kept bright white to create an illusion of extra space, YUUA makes an unusual choice with dark-painted walls. 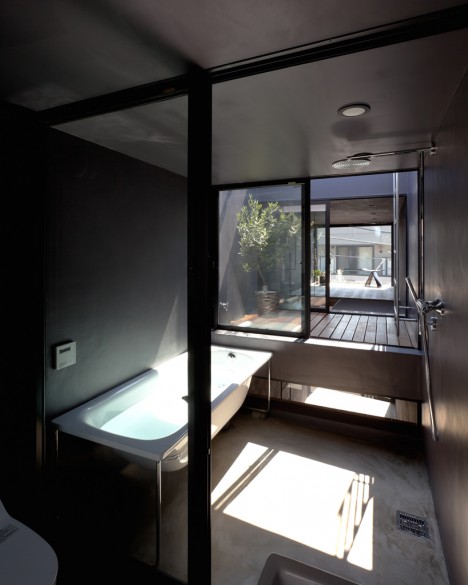 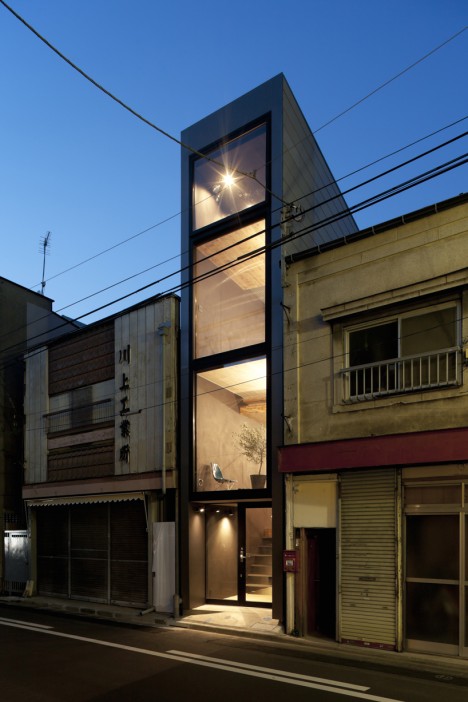 There’s a semi-sunken basement for storage, and the first floor features a study area facing the street and a bedroom in the back. The third floor is comprised of an open-plan kitchen, living room and dining area, while the uppermost floor contains a bathroom, bedroom and terrace. Considering it’s only about as wide as an average adult male is tall, the house looks surprisingly livable.