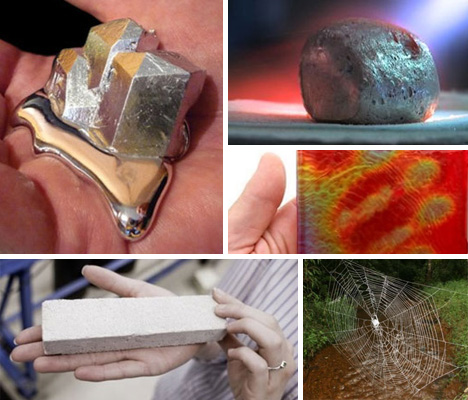 The materials we use to create consumer products and infrastructure objects are constantly evolving as technology advances. The futuristic materials of a generation ago are commonplace today, just as the most amazing of new materials today will be completely familiar a generation from now. But right now, these 10 materials are some of the most fascinating and newsworthy substances in the world.

Gallium, the Metal that Melts in Your Hand 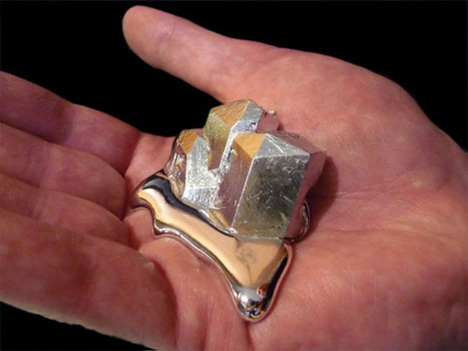 Although the above image looks like it’s been Photoshopped, it’s completely real. Gallium is a chemical element with such a low melting point that it turns to liquid in the human hand. It shatters like glass and breaks down other metals, but it’s non-toxic to humans.

Given its bizarre properties, gallium is understandably a favorite of scientists, science teachers and their students. The above videos show some of the most popular experiments using gallium, including one in which a spoon made of gallium melts in a cup of 85 degree (F) water. 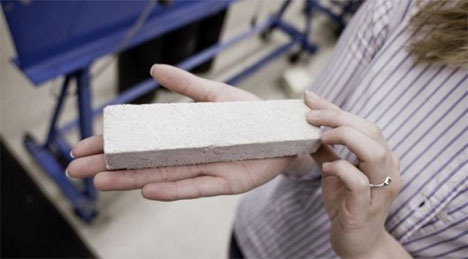 Repairing or replacing damaged concrete creates a financial and environmental burden. Smart materials which can repair themselves seem to be the future of construction technology, but most of those invented in recent years have required the addition of an outside material or stimulus to activate their healing properties. The smart concrete developed by University of Rhode Island engineering student Michelle Pelletier has microscopic capsules of a sodium silicate healing agent embedded in it. When a crack appears in the concrete, the sodium silicate acts with other components of the concrete to fix the cracks, sometimes making the structure even stronger than before. 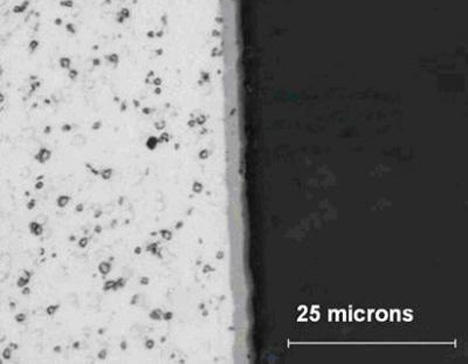 Like many important materials, BAM was discovered accidentally. The combination of boron, aluminum, magnesium and titanium boride was discovered in 1999 by scientists at the US Department of Energy Laboratory in Ames, Iowa while they were looking for a material that generates electricity when heated. BAM is among the hardest materials in the world, surpassed only by diamond and cubic boron nitride. But perhaps even more impressively, BAM is also incredibly slippery, outperforming even Teflon. Coating industrial machine rotors with this wonder alloy could save U.S. industries upwards of $179 million a year in operating costs thanks to the resulting reduction in friction. 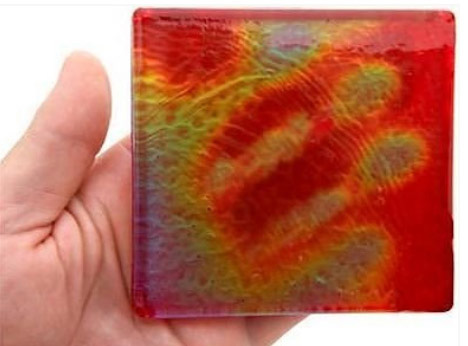 These color-changing glass tiles that are activated by temperature changes have the potential to turn every part of our world into a hypercolor dream. The tiles, made by a company called Moving Color, are already being used in showers but could also be used in kitchens, cars, appliances and cookware – just to name a few.

What a Robust Web They Weave… 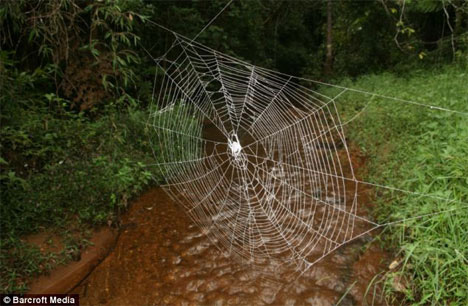 It’s difficult to judge scale from the above photograph, but trust us: that is one massive spiderweb. It was made by a Darwin’s bark spider, found only on the island of Madagascar. These surprisingly small spiders (none over 2 centimeters or .78 inches have ever been observed) make some of the largest webs in the world. Even more impressive is the material of which the gigantic webs are made. The Darwin’s bark spider uses silk that is astonishingly strong: about 10 times stronger than Kevlar, in fact, making it the world’s toughest known biological material. The spider’s extraordinary natural silk is being studied so that we can someday create a human-made material that is nearly as tough.