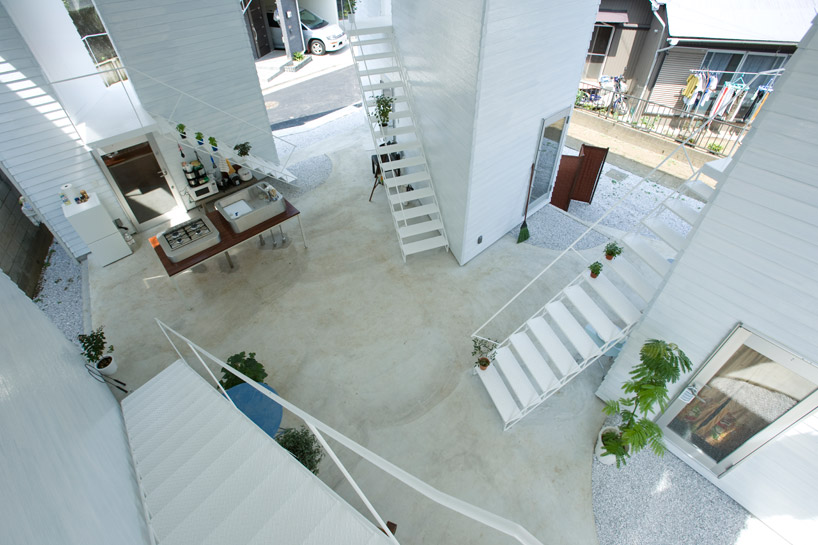 Japanese architects have come up with some of the world’s most extreme, clever and off-the-wall solutions for spatial challenges, manipulating the shapes and interior layouts of apartment buildings in unexpected ways. These creative designs make the most of small, irregular lots, combine communal and private spaces, prioritize access to the outdoors and even attempt to outsmart the aging process. 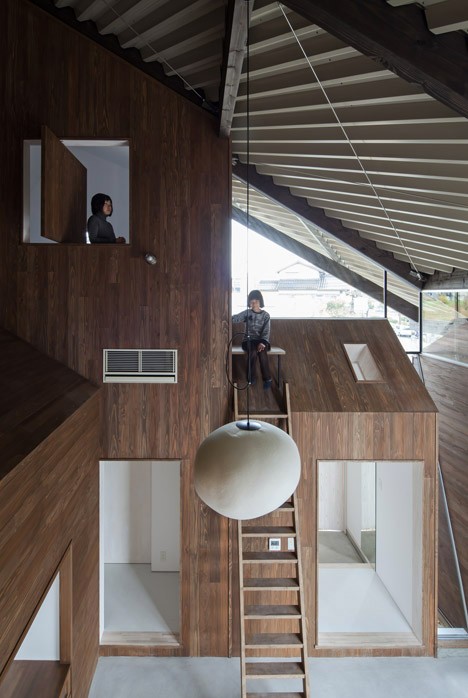 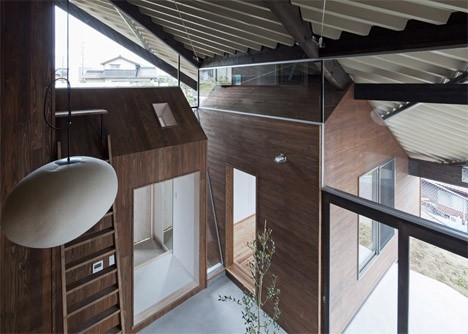 How can you fit three generations of a single family under one roof, while making sure everyone has their own private space? Y+M Design Office placed five individual house-shaped volumes under one giant roof for a family complex that feels like a miniature village. ‘Rain Shelter House.’ Each family member gets an enclosed, private room with access to the central communal spaces. Open-air on one side and extending all the way to the ground on the other, the roof keeps the courtyard cool and dry while maintaining air flow. 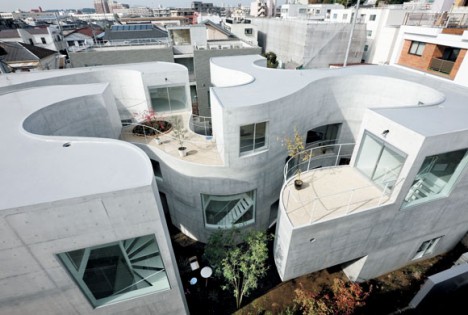 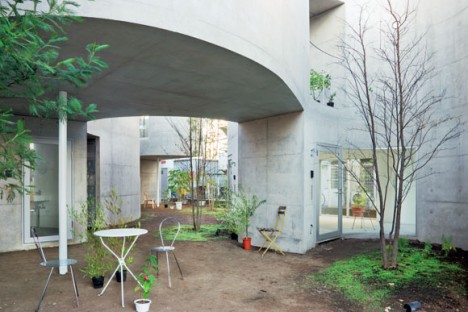 Curving shapes cut into the main concrete volume of the Okurayama Apartment in Yokohama, creating a flowing courtyard on the ground level and terraces on the second floor.

Spiral House: A Series of Staircases 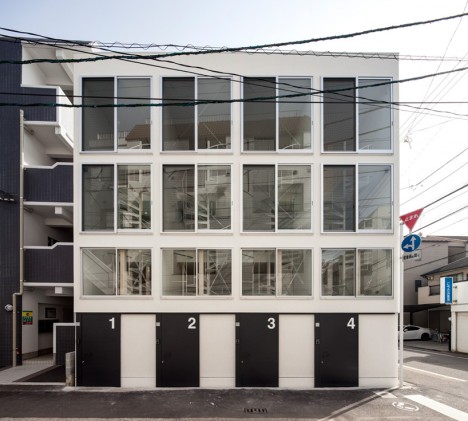 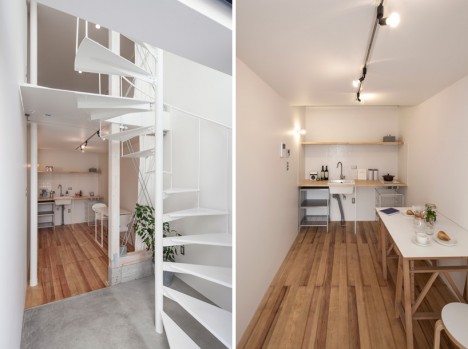 If you could stretch your living space either vertically or horizontally, which would you choose? Many people who don’t want to walk up and down staircases all the time would prefer the latter, but Spiral House by Be Fun Design takes the former approach. Four individual apartments are placed side-by-side in a rectangular structure, each occupying four levels. Spiral staircases lead from one floor to the next within each narrow and deep unit. 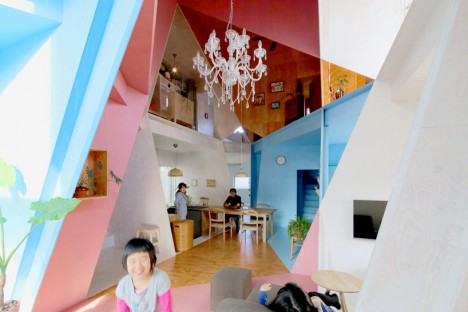 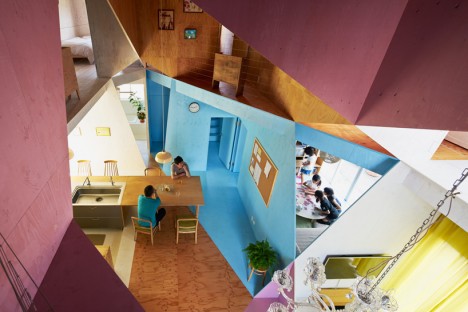 Kochi Architect Studio cut a large geometric void into an existing two-story apartment building to create a vaulted common space connecting eight interior rooms. Each of the plywood planes is painted a different color to play up the angles. 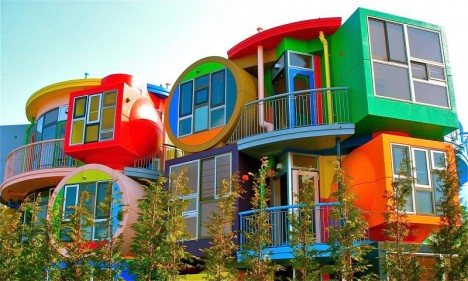 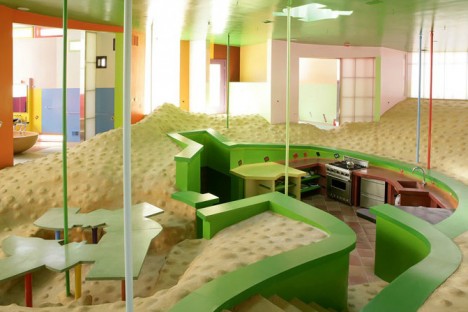 The looks of this apartment building lead to a lot of passersby murmuring “what the hell is that?” and the story behind the Reversible Destiny Lofts is even more unusual than its appearance. Japanese designer Shusaku Arakawa and his partner Madeline Gins sought to cheat death by creating a house with undulating floors and otherwise disorienting interiors that force residents to use their bodies in unexpected ways, keeping them young. They built the first version as their own home in New York, and then created a similar apartment complex in Tokyo.