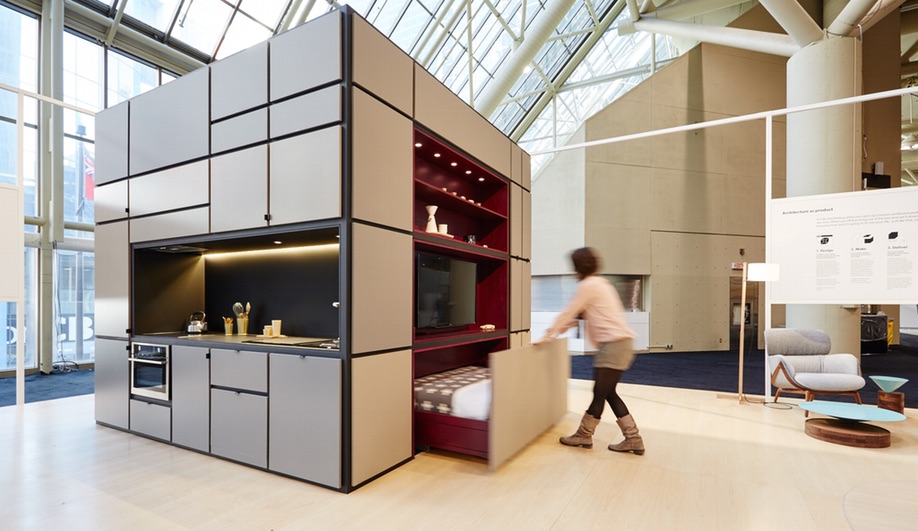 Resembling a house turned inside out, the Cubitat is a hybrid architectural and interior design prototype designed to be a modular all-in-one solution that can turn any empty space into your new home on demand. 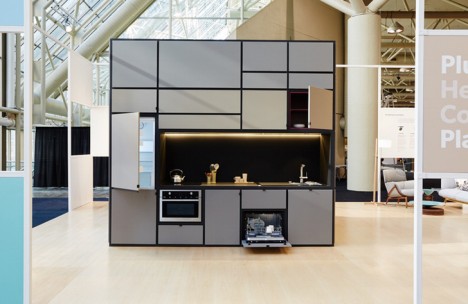 In essence, it takes the idea of a mobile kitchen island and expands the concept to include everything you need to live, containing a bathroom inside and featuring an array of furniture and fixtures on its exterior. 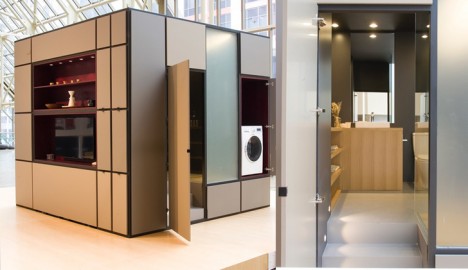 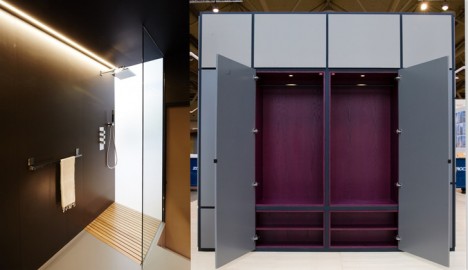 A pullout bed on one side slides open while panels above reveal a series of shelves, including one that can be fitted with television. A sink and stove, some storage and other kitchen amenities can be found on an adjacent face of the cube. Individual pieces and parts can be swapped out over time as needs change or things wear out as well. 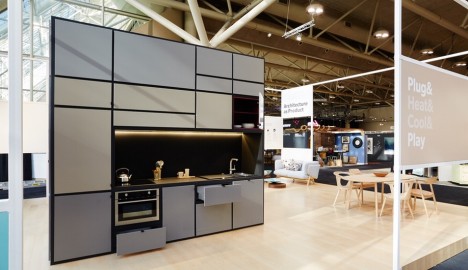 A collaboration between Luca Nichetto and Urban Capital, the design is made to be as portable as possible, constructed from prefabricated parts but also made to be assembled and deconstructed with ease. It features durable laminate surfaces on the outside and warm wood accents within (all materials could, of course, also be customized by buyers). 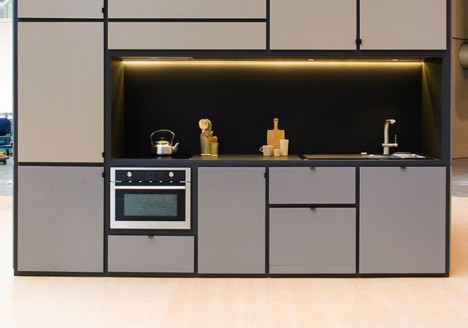 From the designers: “Fitting the bathroom in was our biggest challenge. The only way to approach it was to start with that, and place everything else around it. There’s no reason why it couldn’t be built with that as the central piece, with smaller cubes plugged in around it, like a giant Rubick’s cube. Just plug in all your ’colours’ once the middle is in place.”