An abandoned factory somewhere in Connecticut epitomizes the sad fate of traditional manufacturing industries once they reach the end of the production line. 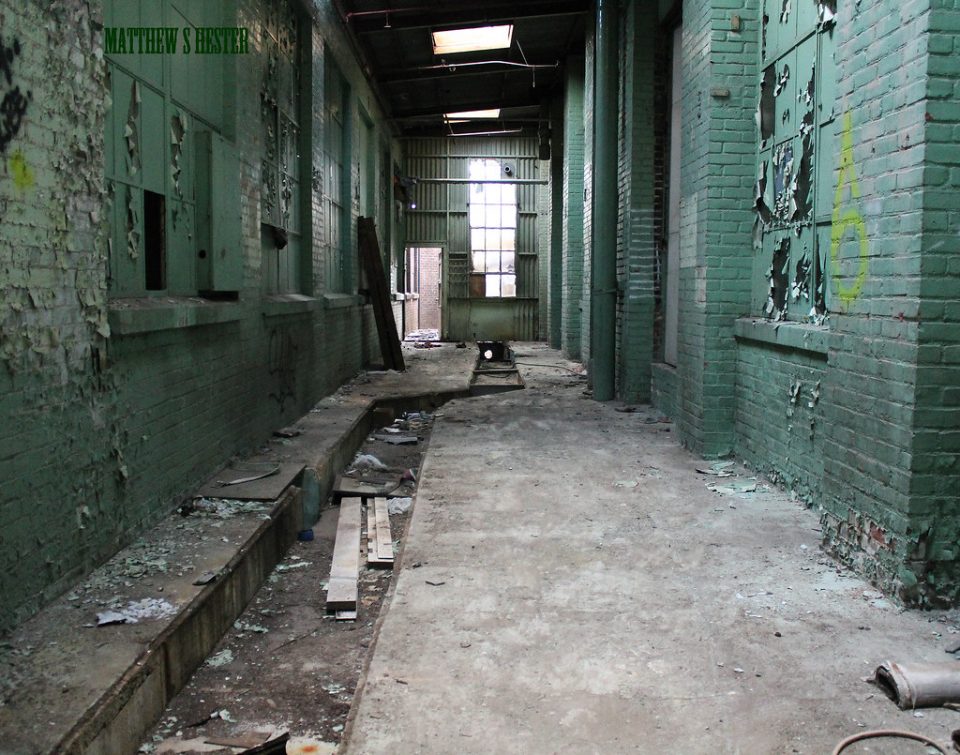 Safety glasses may have been required but you’d need a powerful pair of rose-colored specs to perceive the power of this former factory in its green-walled glory days. The actual closing date is unknown, its name is not important, its use to anyone is negligible – unless you’re the graffiti artist who dropped his or her empty cans without a care. Did they at least wear safety glasses? 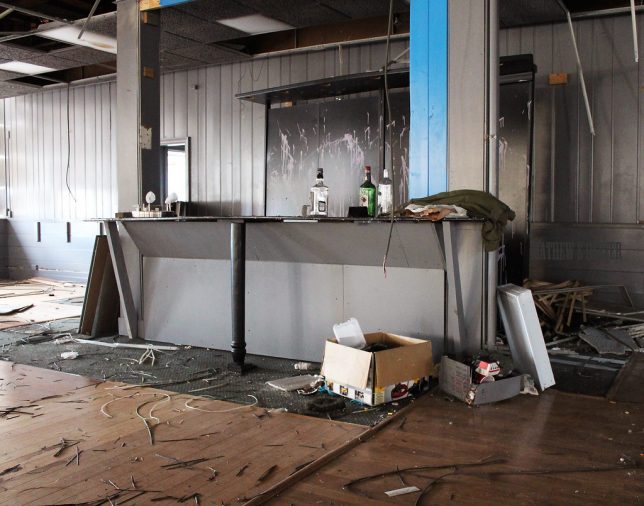 It’s enough to drive one to drink… well, not literally. OK, literally… the photo above would appear to show a stool-less bar counter though we want to believe the bottles arrived after the business closed (or after the close of business). Photographer and Flickr member Matthew Hester visited this name-withheld-to-protect-the-innocent factory in late October of 2013 and no matter how thirsty he might have been, it’s safe to say NOTHING would have made him sample the contents of those bottles. 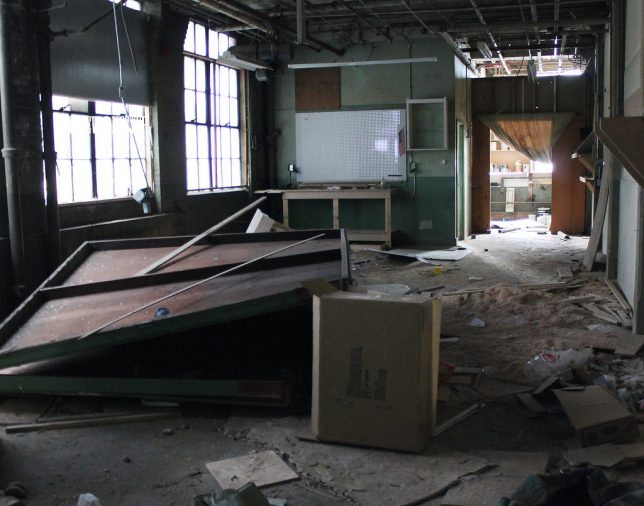 This factory has been closed so long and has been trashed so much, it’s pretty much impossible to discern exactly what products it made, assembled and/or packaged. Not that it matters much: the decline of America’s manufacturing sector was broad and deep, decimating countless businesses and manufacturing concerns across a vast spectrum of market sectors. 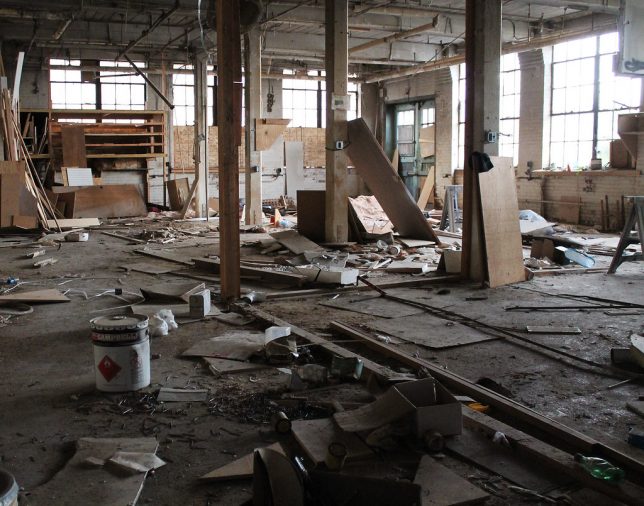 People talk about the “Rust Belt”, often with a “better them than us” aura of schadenfreud, but New England’s boom era of hulking textile mills turned to bust long before the Midwest experienced an eerily similar collapse. Fallout from the Financial Crisis of 2007-2008 (aka the Great Recession) effectively kicked the second wave of successor industries when they were down, and hopes for yet one more phoenix rising from the ashes now lay as scattered as the debris on the factory floor above. 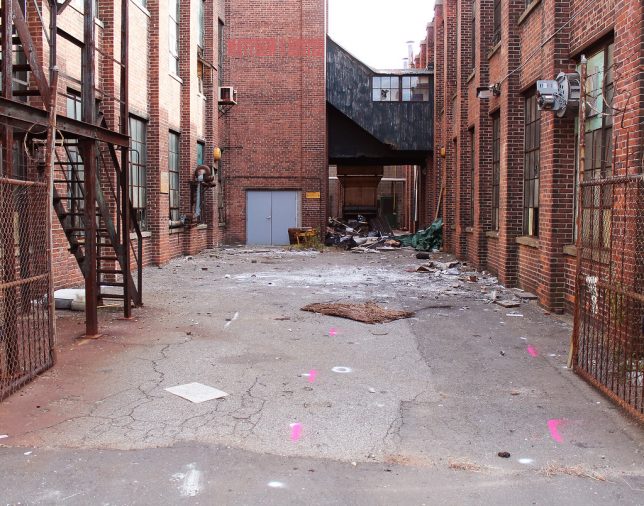 The nascent era of cloud computing and globally fragmented product and production sourcing offers few options for bricks & mortar manufacturing dinosaurs like this one. Will some visionary “angel” developer swoop in with bags of dough, eager to turn the former factory into loft studios for niche artists? Would local authorities sweeten the pot with tax breaks and zoning bylaw exemptions? Is the amount of carelessly disposed hazardous waste, not seen as dangerous at all back when it was dumped, put a toxic damper on the site’s future prospects?

Time will only tell, but every former civilization leaves ruins for the next to interpret. Ours is – or will be – no different.