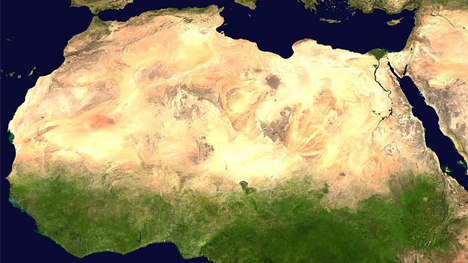 The clock is ticking for the collaborative creation of a living green wall to span nearly 5,000 miles across the African continent, designed to slow or even stop the relentless spread of desertification. The scope of this unique organic building project is unprecedented, as is its urgency. 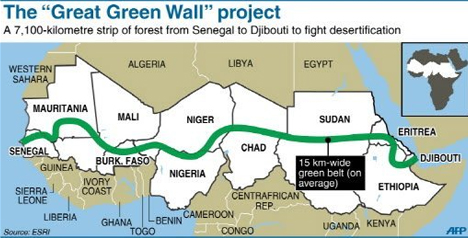 China took over 1,000 years to construct their Great Wall, but scientists believe Africa may only have a few decades before the Sahara Desert engulfs more than two thirds of its arable land. Hence the Great Green Wall of the Sahara, set to stretch from coast to coast, west to east. 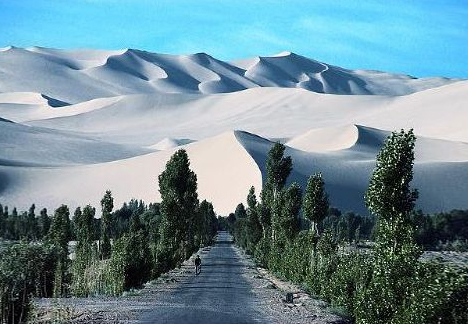 The cooperation of the twelve contiguous African countries involved is as impressive as their challenge is daunting – participating nations include: Senegal, Mauritania, Mali, Burkina Faso, Niger, Nigeria, Chad, Sudan, Eritrea, Ethiopia, and Djibouti. As Mark Hertsgaard explains, “The trees will act as a barrier against desert winds, help to hold moisture in the air and soil, reduce erosion, enhance biodiversity, provide new grazing land and be a source of vegetation. The project is also recognized for the role it will play in local agriculture and employment.”

The idea to create a ‘green front’ to protect Africa is almost half a century old, but the plan began to be taken more seriously starting just over ten years ago. Since being ratified by participating countries, the program has raised billions of dollars in pledges from international organizations. “People used to go to towns to seek paid work during the lean season, but since the project started, that has changed,” says Papa Sarr, Technical Director of the Senegal National Agency of the Great Green Wall. 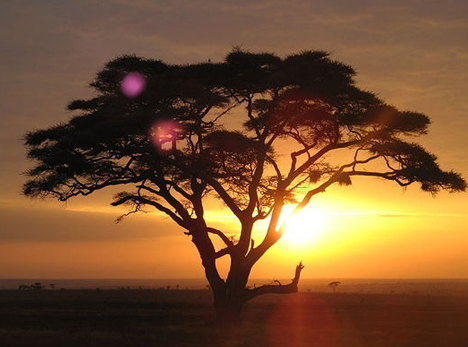 The project does have its risks – a lack of vegetative diversity could leave the wall subject to species-specific diseases and other threats. Still, from AtlasObscura: “Leaders point out that the Great Green Wall is about more than just protection from windblown sand. The project will bring thousands of jobs to impoverished communities, and has already transformed otherwise unusable land into gardens scattered with tree nurseries. The influx of tourists, scientists, and medical professionals has also brought attention and resources to a neglected region in which aid is scarce and doctors are not readily available to needy populations.”