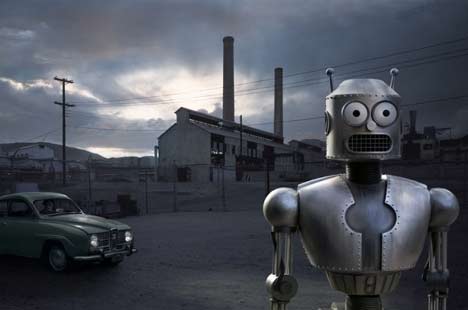 If you believe many of the fictional works depicting robots gaining sentience, someday these hunks of metal and wiring will begin to take over our world, eventually seeking to wipe out human civilization altogether. But could it be that they’ll just become an ordinary part of our world, going through the mundane motions of daily existence? 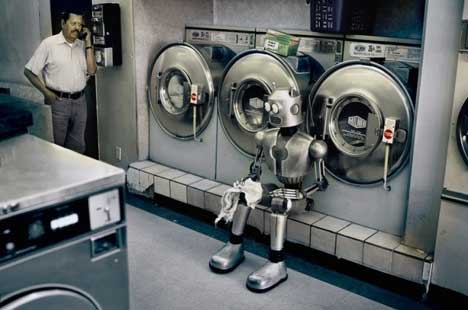 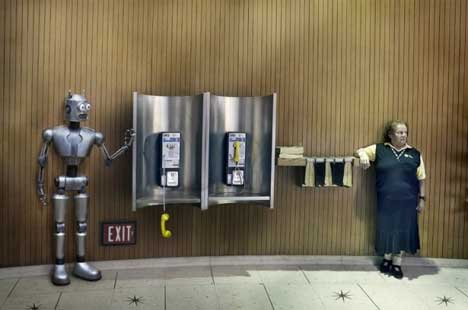 Bearing a strong resemblance to Bender of ‘Futurama’ fame, Lahdesmaki’s robots get into just as much trouble, hitting the sauce (in this case motor oil) a bit too heavily and hanging out in seedy parts of town. 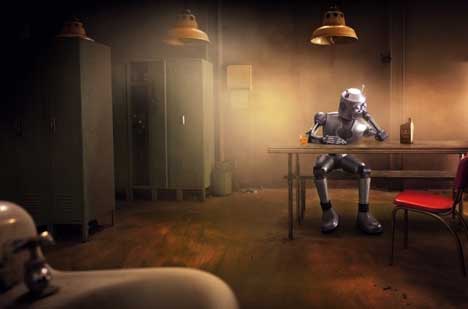 Lahdesmaki was born in Finland and began taking photos at the age of eight when an uncle gave him a simple camera loaded with black-and-white film, moving on to a Hasselblad camera by 16. Eventually he was discovered by an advertising agency, and he’s now known for his acclaimed editorial photography which is almost always colored with a touch of the surreal. 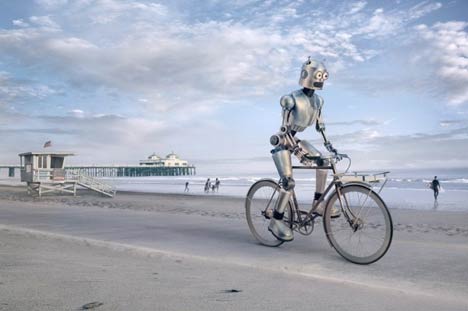