When the tide is low in the Delaware River, an unlikely sight emerges from the water: gravestones in various states of decay, serving to bolster the columns of a bridge spanning above. 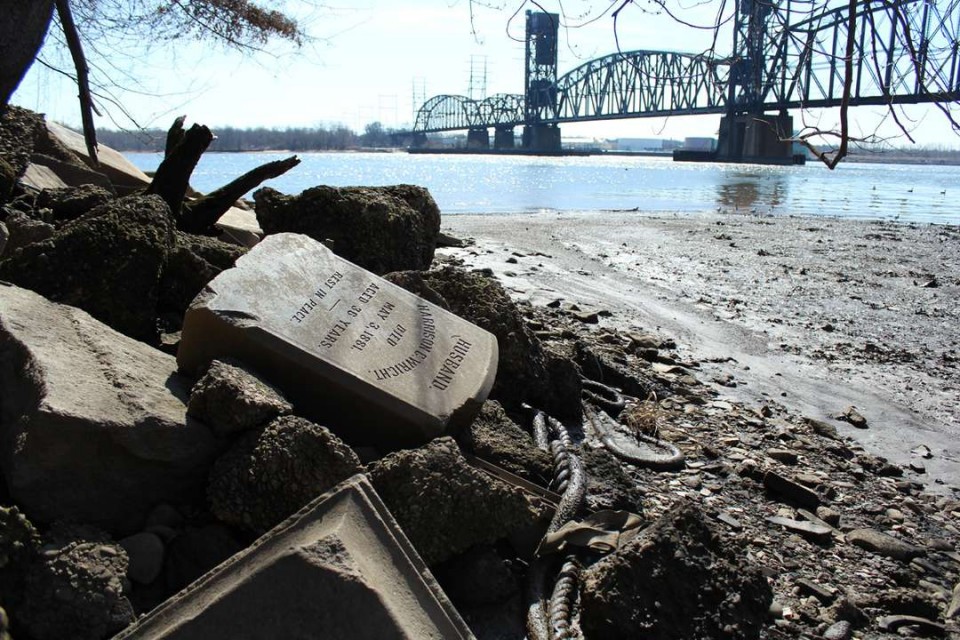 The Betsy Ross Bridge is a modest continuous-truss structure most people drive across without giving it a second thought to the graveyard remnants below. Its otherworldly source materials, however, can be seen both along the riverbanks in the foundations of the bridge itself. 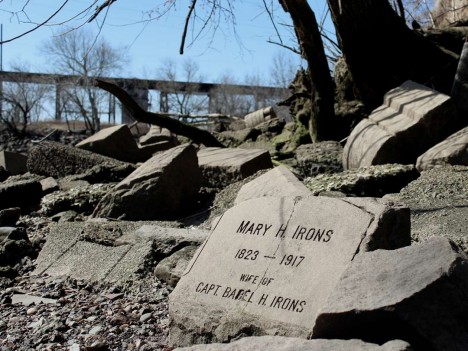 The Monument Cemetery in Philadelphia held the remains of 28,000 people before it was condemned by the city and given over to Temple University. The land was turned into a parking lot in the 1950s, 8,000 bodies moved to new marked graves and 20,000 unclaimed corpses shifted to a mass burial site. 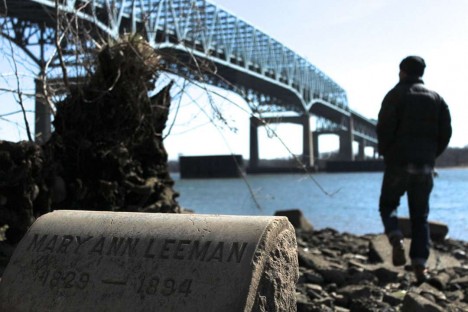 The limestone and granite grave markers, however, represented a significant and useful resource, well suited to erosion-reducing riprap and column-footer foundations for and around a nearby bridge connecting New Jersey and Philly. Some were ground into rubble or have since eroded, but on the surfaces of many of these stones remain names, dates and other details still visible to those who would seek to unbury their past (images by K. Scott Kreider).