The same ad spaces that shouted about insurance and laundry detergent last week now contain nothing but fluffy cats, as an art collective uses the internet’s number-one obsession to temporarily transform the London Tube system. The Citizens Advertising Takeover Service (CATS) is the result of a Kickstarter campaign by brand-new collective Glimpse aiming to “create a rip in the space time continuum.” 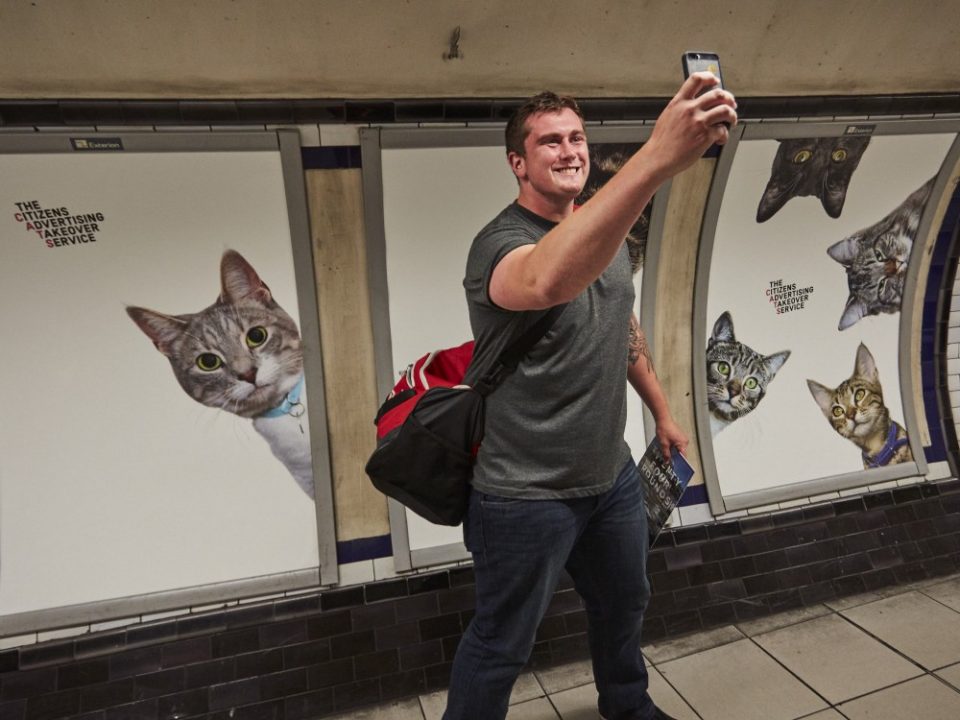 The group raised enough money to buy all of the ad spaces in the Clapham Common station – a total of 68 – for a two-week period, and the new posters feature cats from the Battersea Dogs and Cats Home and the Cats Protection charity. The organizers are careful to note that they’re not against advertising per se, but rather hope that the project will “inspire people to think differently about the world and realize they have the power to change it.” 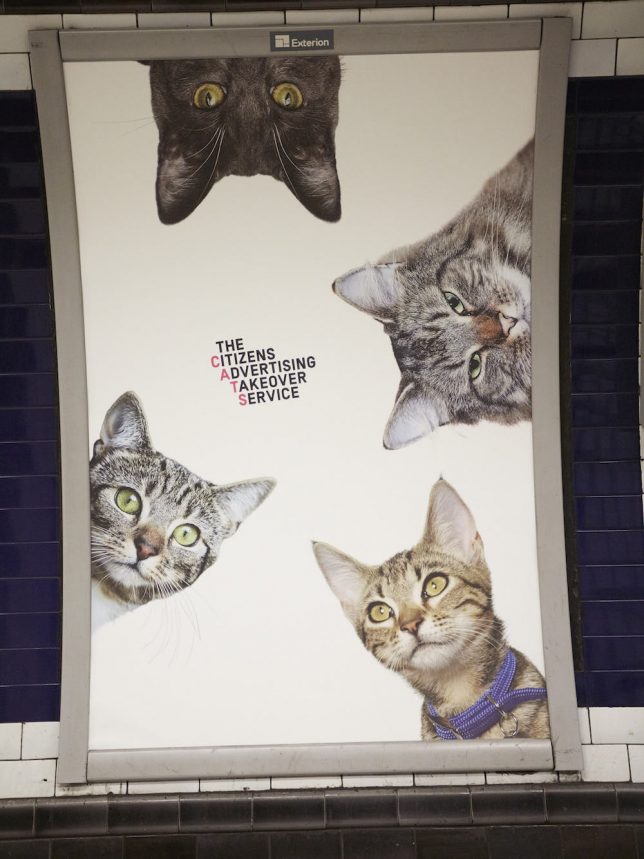 But the broader point – and appeal – of CATS is the citizen takeover of public spaces, with everyday people getting to decide what they want to look at as they navigate their cities. Wouldn’t you rather be surrounded by what essentially functions as an ad for animal rescue services than dozens of posters pushing a bunch of junk corporations want you to purchase? 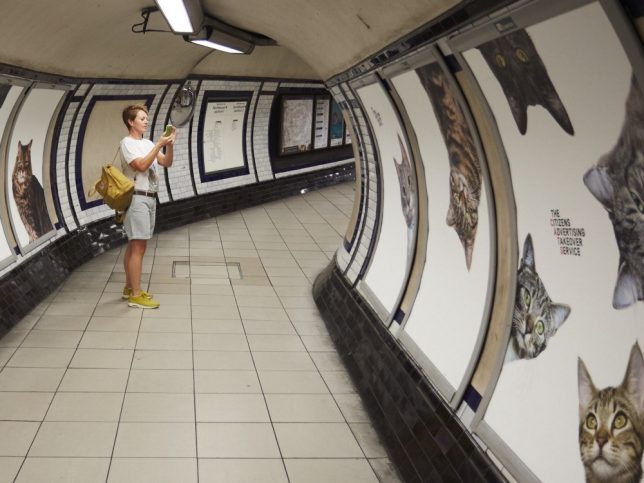 “Back in February we asked ourselves to ‘imagine a world where friends and experiences were more valuable than stuff you can buy,’” says Glimpse founder James Turner in a post on Medium. “The team began thinking about crowdfunding to replace Tube adverts with something else. Beautiful forests? Time spent with family? Hmmm. We wanted this to become famous, so we needed something the internet would love. Frame it that way and the answer’s obvious. Cats.” 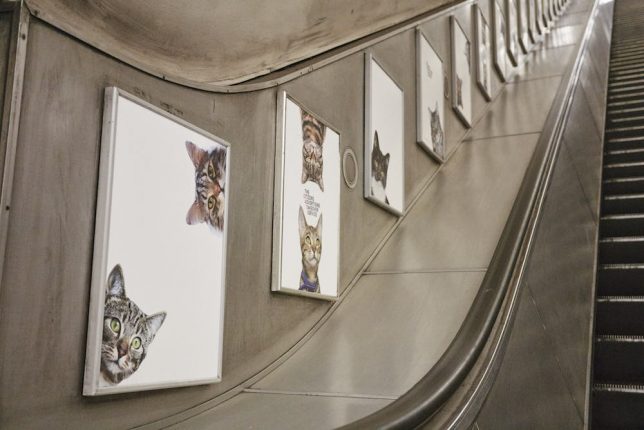 “We’ve been on the news in China, and one of our backers is flying in from America to see his cat in one of the final posters. This project has uncorked a kind of energy that I haven’t experienced before. When you talk about CATS, eyes light up and new ideas start to flow. We don’t know exactly how Glimpse is going to work, but we want to carry this energy with us as we grow up.”